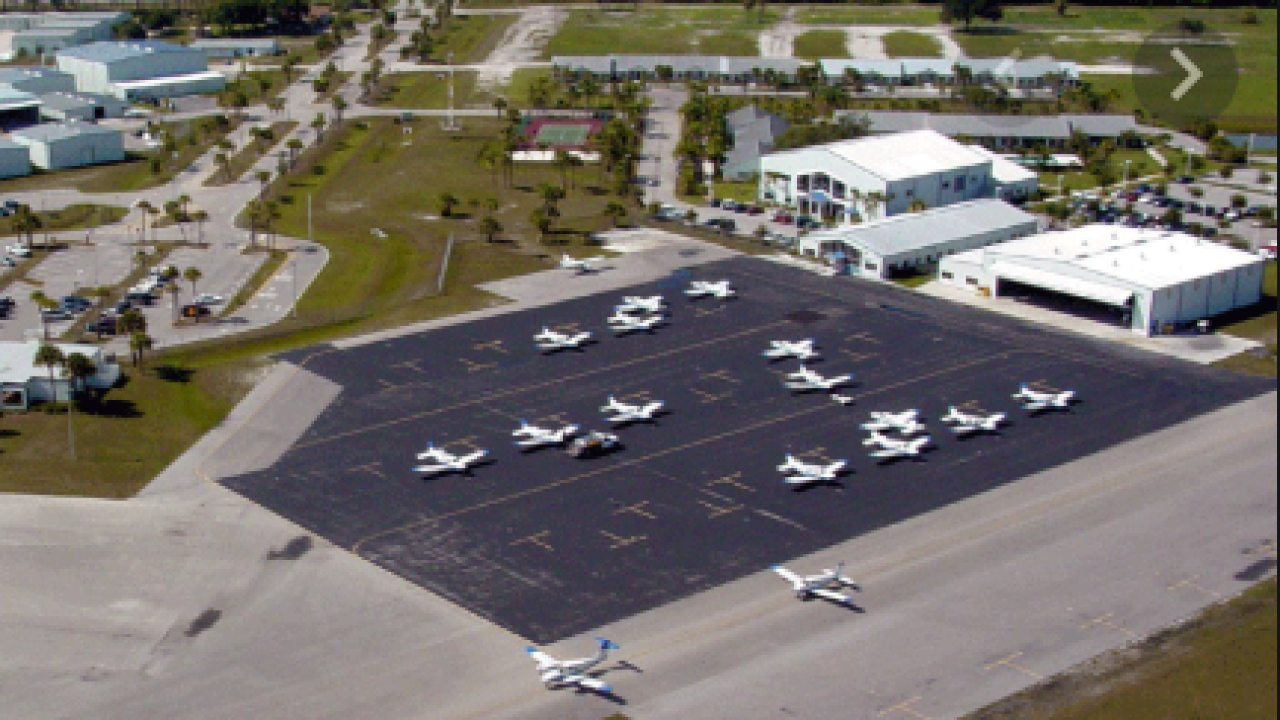 Chon Michael Rodriguez, 49, of Saginaw, Mich., died when he fell 60 feet from the structure Wednesday afternoon at 3191 Jet Center in Fort Pierce, according to an incident reported released by the St. Lucie County Sheriff's Office on Thursday.

The victim was wearing a safety harness and was found lying face down unresponsive, according to the report. After attempted to render aid, the St. Lucie Fire Department declared him dead 15 minutes after responding at 1:32 p.m.

A witness Martin Cuellar-Gomez told a detective that he and Rodriguez were on the roof about 45 feet apart laying insulation when a gust of wind blew, and Gomez turned around and Rodriguez was no longer on the roof.

A representative with the Occupational Safety and Health Administration arrived to conduct an investigation into the incident.

A GoFundMe page said Rogriguez was an iron worker from Saginaw, Mich.,

St. Lucie County is investing more than $19 million in the Treasure Coast International Airport and Business Park, including work on a new hanger, according to the county website.

The new hanger is designed to house a 737 or A320and an Embraer 175 undergoing maintenance activities at the same time. It will be as tall as the air traffic control tower.

The last new hangar was constructed in 2008.

The airport had commercial service until March 2019 when commuter airline Fly the Whale offered service to Tallahassee.

Earlier this month, the Federal Aviation Administration said the county needs to fix a crumbling runway, add lighting and new signs, and mow the grass along the shoulder of runways before it can resume offering commercial service, TCPalm reported.