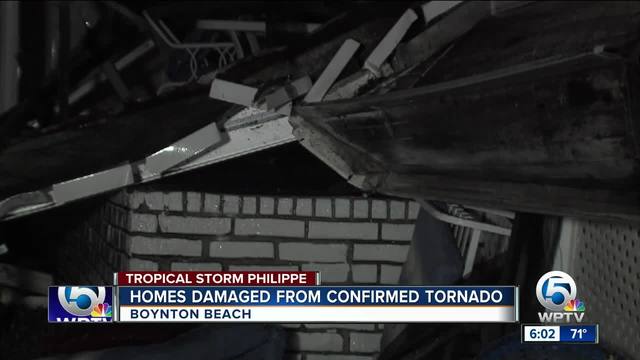 Homes in Boynton Beach were damaged by a confirmed tornado during Tropical Storm Philippe. 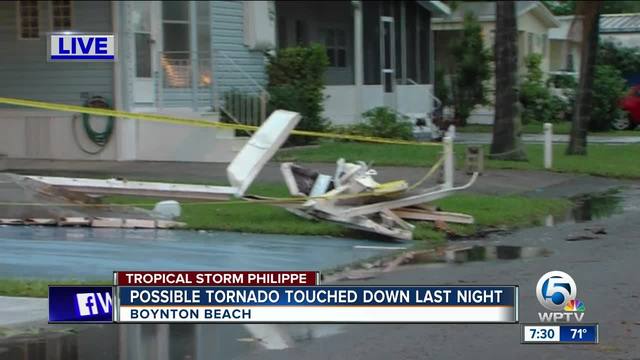 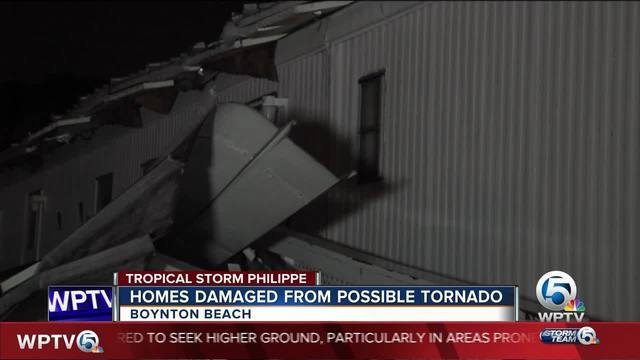 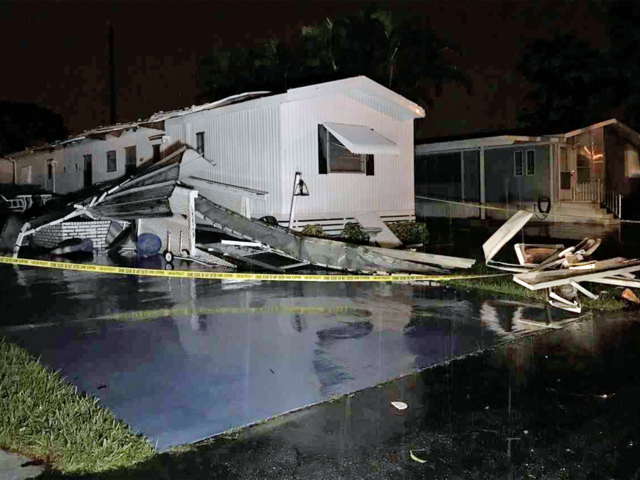 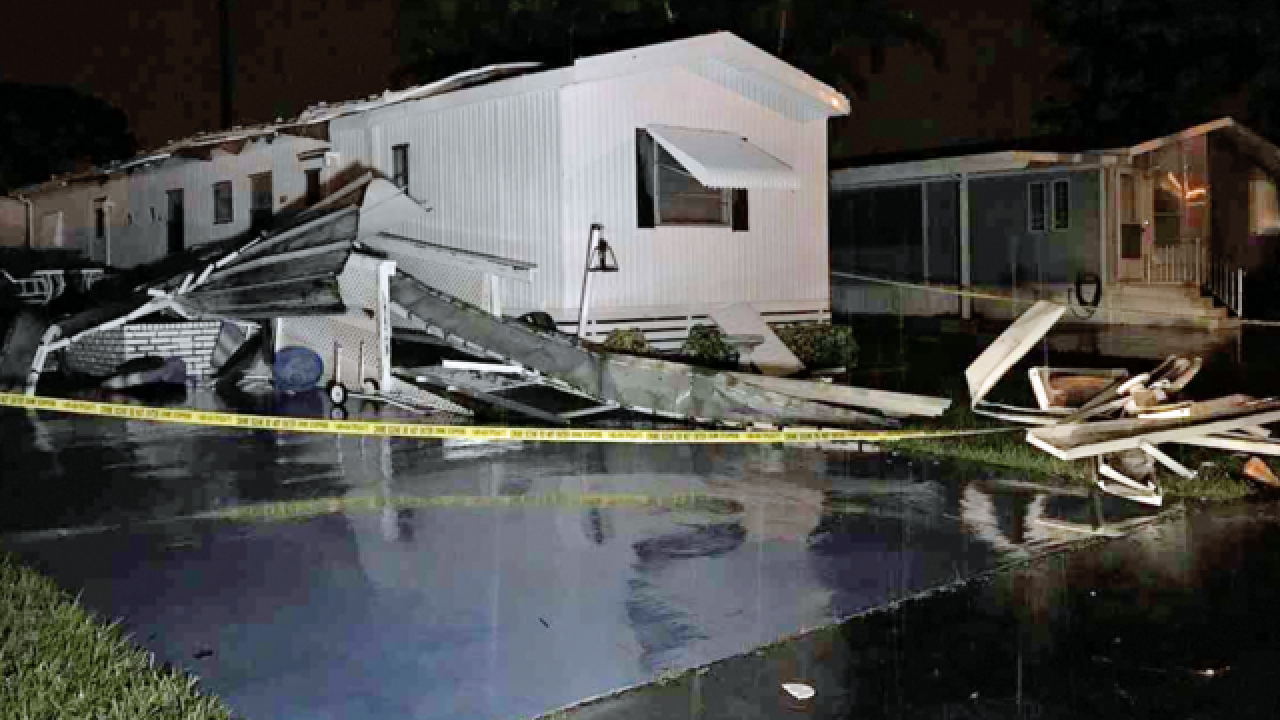 The porch of one house was torn apart. Twisted sheets of metal remain. Debris from it was in the road.

"I couldn’t cross the road because all this debris was in the road from that guy’s trailer," said David Armstrong, who lives in Parry Village.

A house across the street had windows blown out.

"The antenna got ripped of his pole and all the roof panels from this guy’s trailer was hanging on the power lines on that side of the road," Armstrong said.

First responders went through the neighborhood and checked for possible injuries, but they ended up with no reports of injuries.

Armstrong said nobody was at home in either of the houses with more significant damage.

The power went out for a short time, but FPL got it turned back on around 7 p.m.

The National Weather Service surveyed the damage Sunday and found one EF-0 (75-80 mph) tornado at Parry Trailer Village in Boynton Beach and another EF-0 in West Palm Beach around Interstate 95 and Forest Hill Boulevard.

Storm Team 5 Meteorologist James Wieland said there is a possible third tornado near downtown West Palm Beach. The NWS survey team investigated Sunday and will have a final determination sometime on Monday.