Dennis Rodman won't be charged in Delray Beach battery, if he stays out of trouble 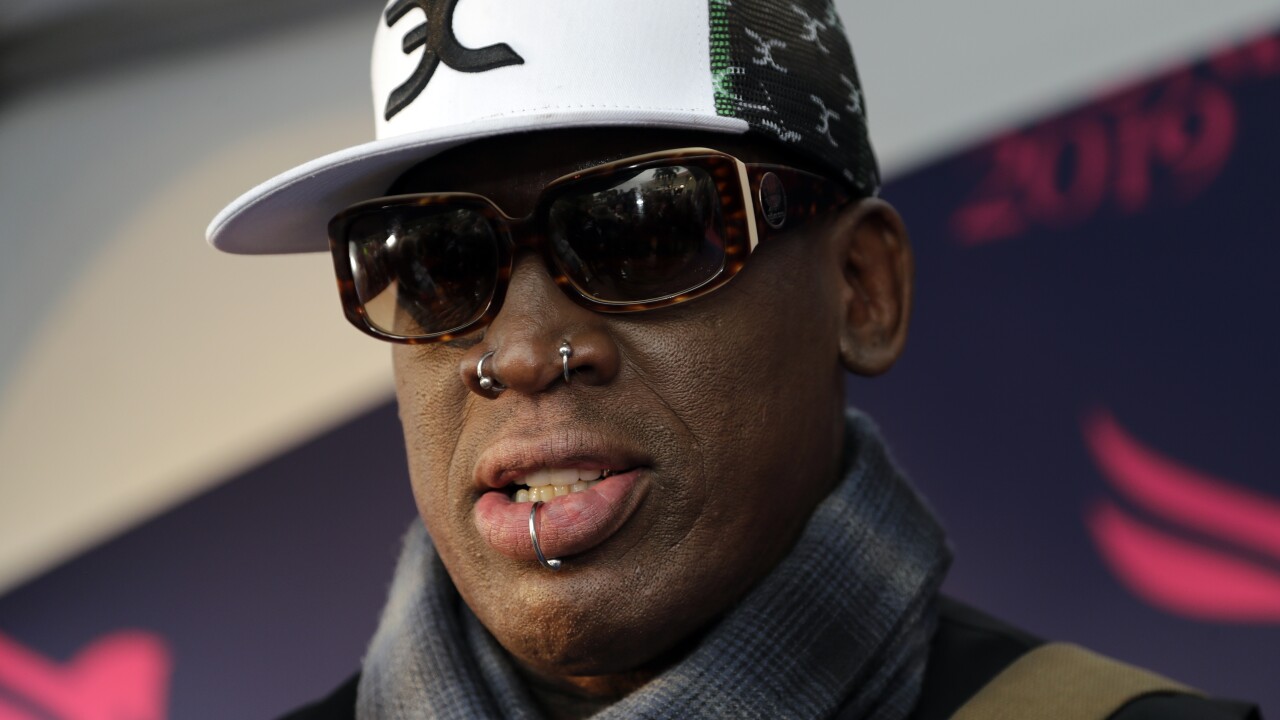 WEST PALM BEACH, Fla. — Former NBA star Dennis Rodman won't be prosecuted for his alleged role in an altercation at a Delray Beach bar last year, provided he stays out of trouble.

Assistant State Attorney Brandon Dinetz signed off on a deferred prosecution agreement Monday that would result in the battery charge against Rodman being dropped, so long as the five-time NBA champion follows the stipulations.

Rodman, who lives in Fort Lauderdale, was charged with battery last year after he was accused of slapping a man during a May 2019 party at Buddha Sky Bar.

According to a police report, Jeff Soulouque told police he was at the party when Rodman "unprovokedly turned around and smacked him" in the face.

Soulouque said Rodman "immediately began apologizing for the incident and was very sentimental about it."

It wasn't until Soulouque went home and woke up the next day with swelling on the left side of his face that he decided to press charges. The officer who wrote the report noted, "I did not observe any swelling on his face at the time of the police report."

Under the terms of the agreement, Rodman must pay $100 for the cost of prosecution and $250 in restitution to Soulouque. The former NBA All-Star must also stay away from Soulouque.

Perhaps most important, though, is the requirement that he avoid future legal troubles. The agreement states that if Rodman "has not been arrested for new charges, has not received any additional notices to appear or uniform traffic citations, has not been convicted of any new crimes and does not fail to appear, the state will abandon prosecution of this case."

Rodman spent 14 seasons in the NBA, winning back-to-back titles with the Detroit Pistons and three consecutive championships with the Chicago Bulls in the 1990s. Nicknamed "the Worm," Rodman has had a history of run-ins with the law since 1999, including several drunken driving and domestic battery arrests.