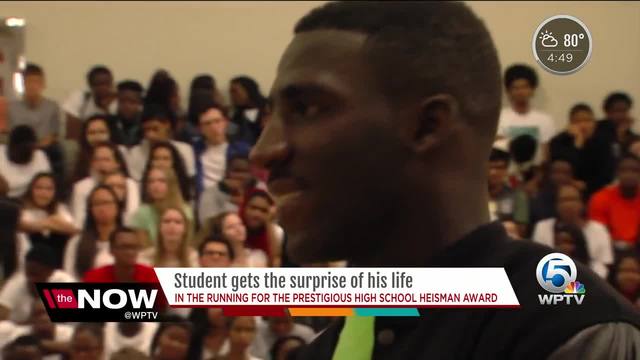 A student at Atlantic High School in Delray Beach just got the surprise of his life. He is in the running for the prestigious high school Heisman Award. 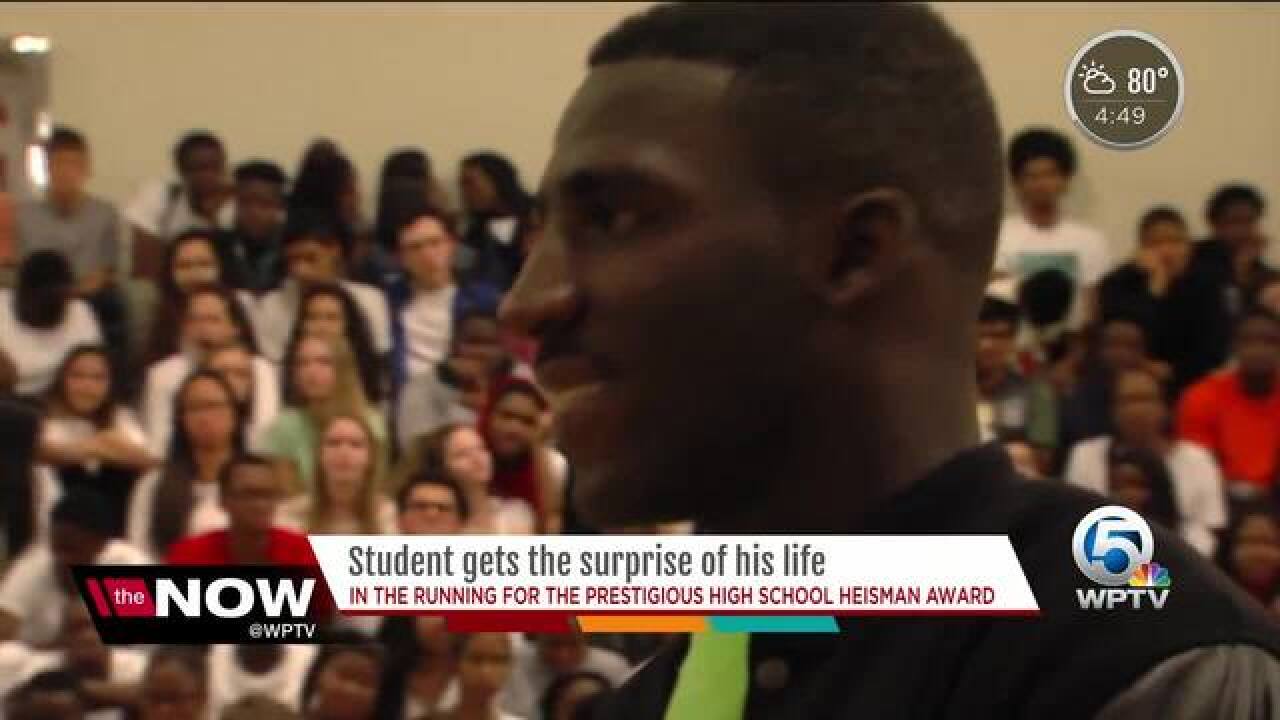 A special moment for a rising star. A student at Atlantic High School in Delray Beach just got the surprise of his life.

Jackson Destine, Jr. was surprised by Wendy's franchise representatives at his school on Friday. He has been named one of 10 national finalists for the 2017 Wendy's High School Heisman Award.

Jackson and his family were surprised with the news during a pep rally at the high school.

"It's a blessing. I didn't win it. It's a blessing with God," he told WPTV. "Dedication and never giving up. Overcoming, being resilient, and just jumping over obstacles, day by day."

Jackson was narrowed down from a pool of 30,000 applicants. He excelled in academics, community service and sports such as wrestling, track and football.

Jackson and his family are scheduled to fly out to New York City in December for a big ceremony for the finalists.