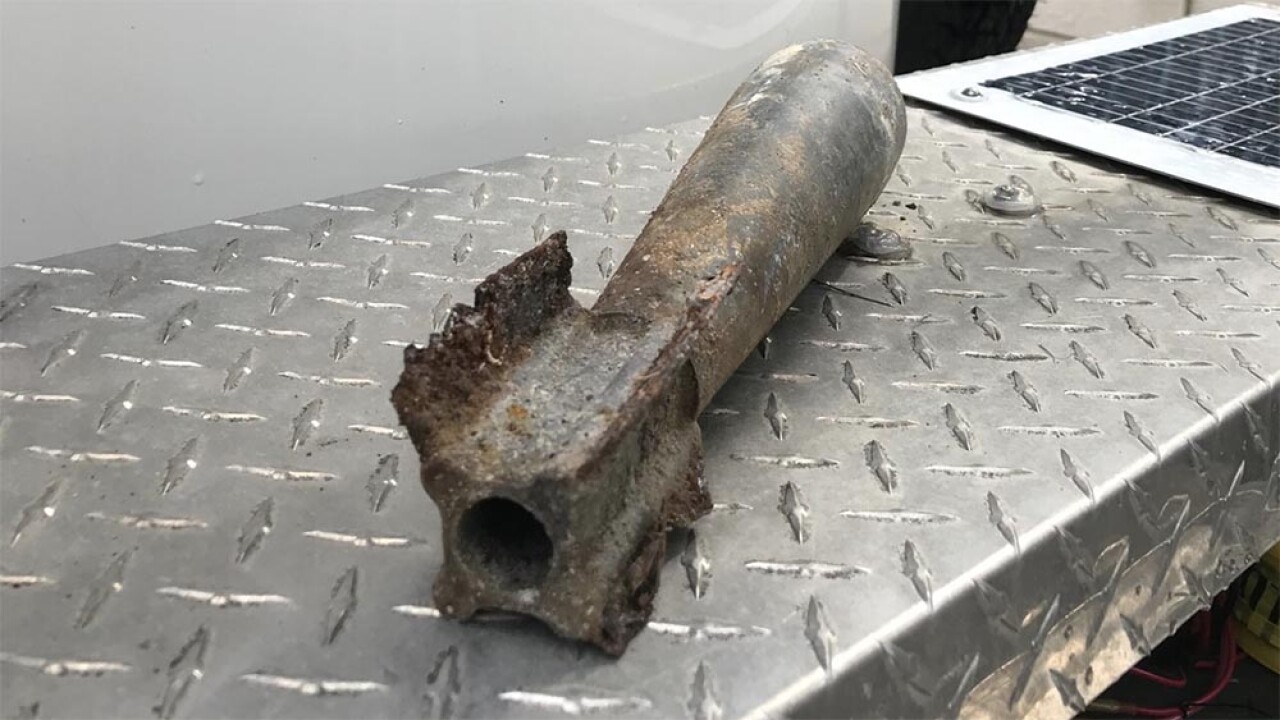 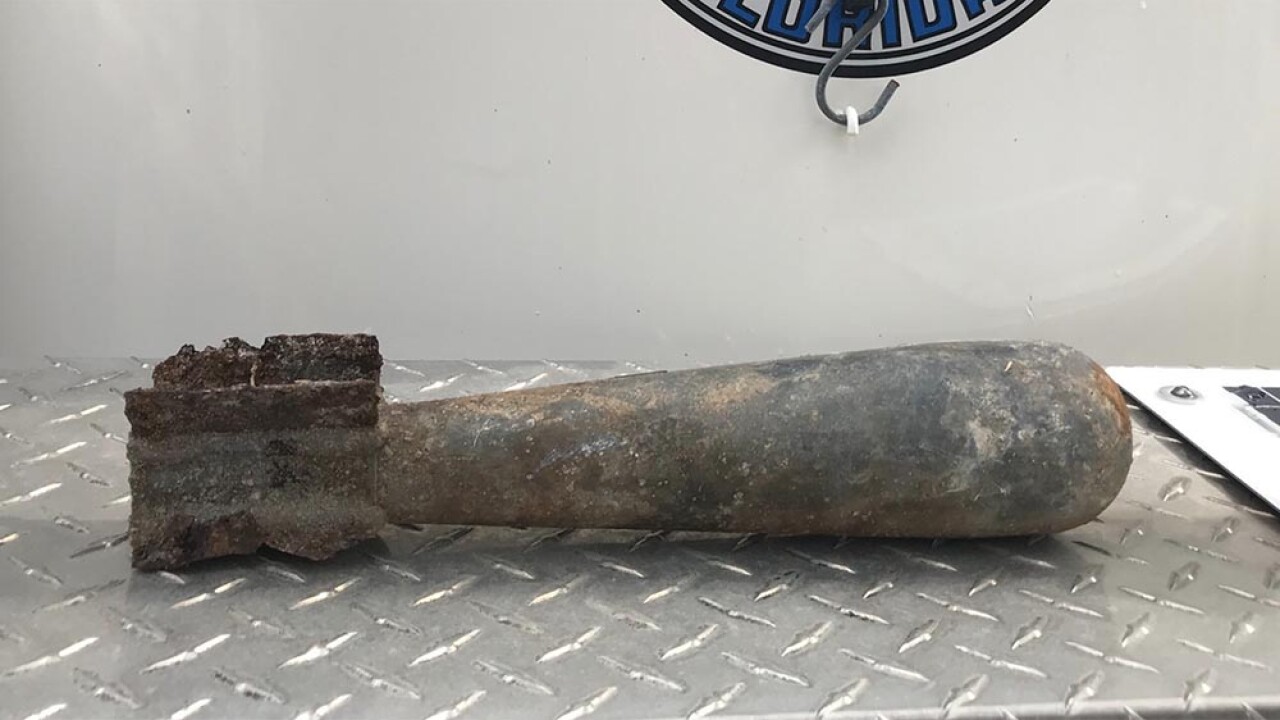 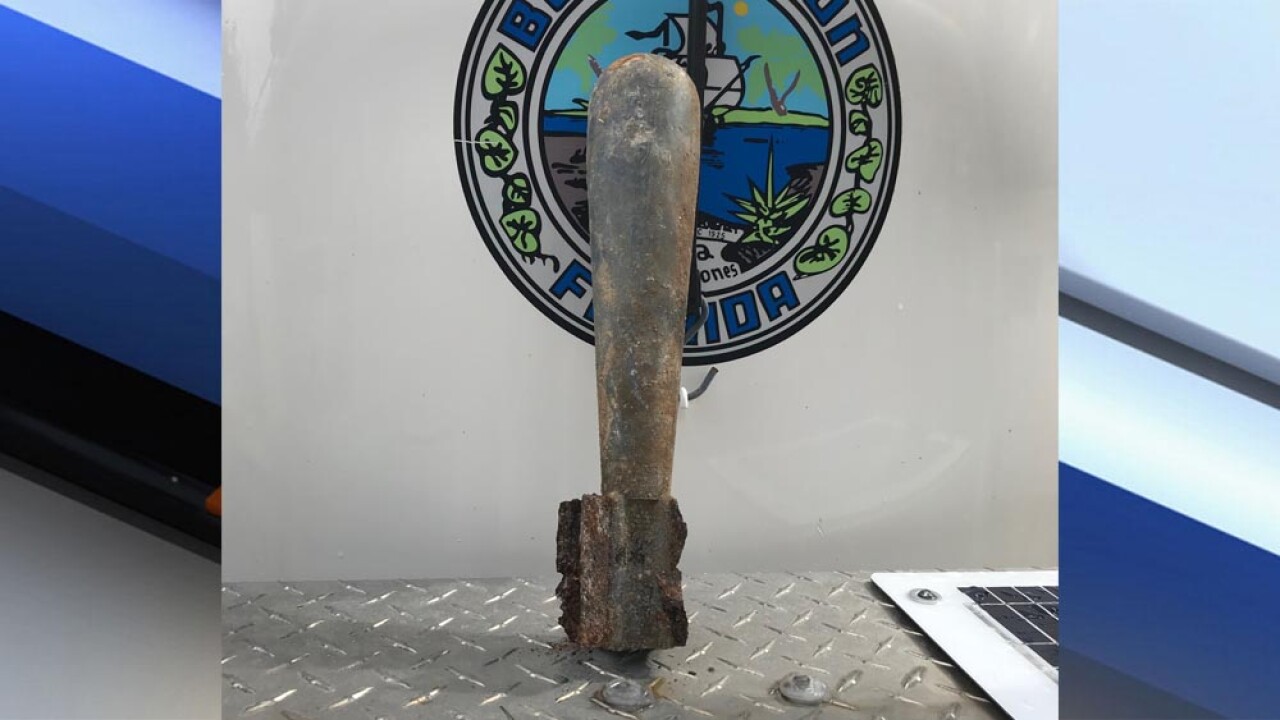 BOCA RATON, Fla. — A group of kids made quite a discovery in a Boca Raton backyard last week.

Boca Raton Police Chief Dan Alexander said on Facebook the children were digging in a backyard last Friday in the 300 block of NW 35th Street.

They came across an interesting looking device labeled "practice bomb." One of their moms did the right thing and contacted police.

Turns out, it was a World War II era AN MK-43 practice bomb, likely from the former Boca Raton Army Air Field.

The item will soon be displayed at the Boca Raton Historical Society.

This is a great reminder that if you see something suspicious, say something and call authorities right away.