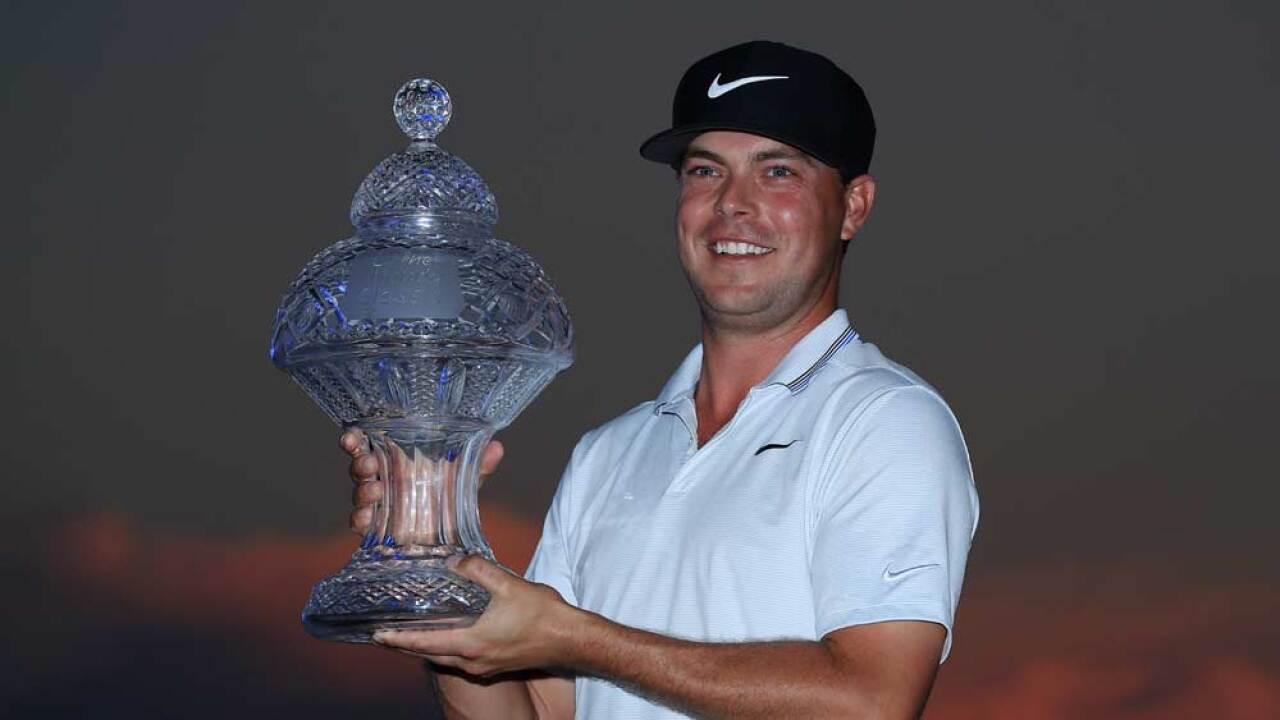 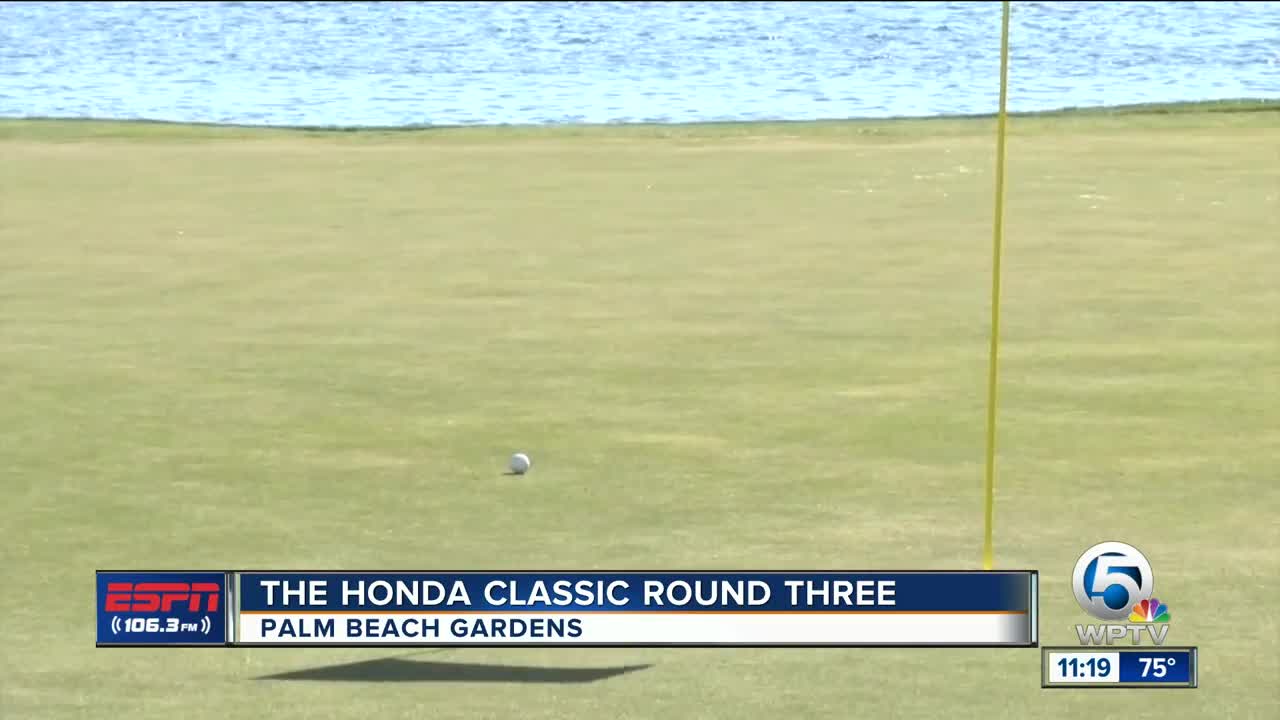 Mitchell closed with a 3-under 67 to finish at 9-under 271 at PGA National, a stroke ahead of Brooks Koepka and Rickie Fowler.

"I was trying to focus on what was going on," Mitchell said. "My mind started wandering there a little bit at the end ... and then I hit a great putt."

Mitchell was tied for the lead after 36 holes, and was tied for second going into Sunday. He birdied four of his final seven holes for his first win as a pro — including stints on the Web.com and Latinoamerica tours.

All he had to do for that victory was hold off two of the game's best in Koepka and Fowler. Koepka shot a 66, and Fowler a 67. They both made birdied the 18th, and Fowler had a huge charge late to get to 8 under — with three birdies in his final four holes, including a 45-footer on the 17th.

But Mitchell didn't waver in the wind.

He was on the upslope of a fairway bunker about 205 yards from the pin for his second shot at the par-5 18th. All he could do from there was hit a pop-up, leaving him with a wedge in for his third.

That checked up about 15 feet below the hole, giving him a putt to win. He made it, pumped his fist and waited for the final group of Wyndham Clark and Vijay Singh to finish about five minutes later.

Palmer was tied for 48th after the opening round, tied for 51st after 36 holes and tied for 39th when the final round began. But he started with four straight birdies on the way to going out in 29 — the first player to ever do that in a final round at the Honda. He rolled in a 25-footer from just off the green for birdie at the par-4 16th, then stuck his tee shot to 6 feet and made birdie at the par-3 17th.

When he finished at 2:32 p.m., he was two shots back and the final group was on the fifth hole.

"I've got an outside chance, for sure," Palmer said when he was done.

About two hours later, he was in the outright lead. Not long after that, he was in a six-way tie atop the leaderboard. And his chance lasted until 5:07 p.m., when Koepka tapped in for birdie on the last and the clubhouse lead at 8 under.

Palmer made par on the par-5 18th, and lamented afterward that it would be costly. Turns out, he needed 9 under anyway.

And with the wind blowing harder than it had at PGA National all week —flags fully extended off poles in the breezes, palm fronds bending as well— the finish was obviously going to be wild.

Mitchell started his day with two bogeys, which sent his mind racing back to past attempts where he got close and had a final-round falter.

"I said, 'I am not letting this happen again,'" Mitchell said.

Singh, the 56-year-old who was bidding to become the oldest winner of a PGA Tour event ever —Sam Snead was 52 when he won the 1965 Greater Greensboro Open— was right there until the end. Singh, who hasn't won on this tour since 2008, settled for outright sixth after a final-round 70. He had a birdie putt for a share of the lead on the par-3 15th, leaving a 25-footer well short.

Clark, the third-round leader, was two shots clear of everybody when he made an uphill putt from just right of the green on the par-4 4th, that birdie making him 9 under. But he made bogeys on four of his next eight holes, falling off the pace.

DIVOTS: Cameron Tringale took a quintuple-bogey 8 on the par-3 17th, after hitting his tee ball into the water, then trying twice to unsuccessfully knock the ball out of the water, before retreating back toward the tee for a drop. By the time he was done, two groups —including Koepka's— were waiting on the tee to play. ... Defending champion Justin Thomas shot 71 to tie for 30th.