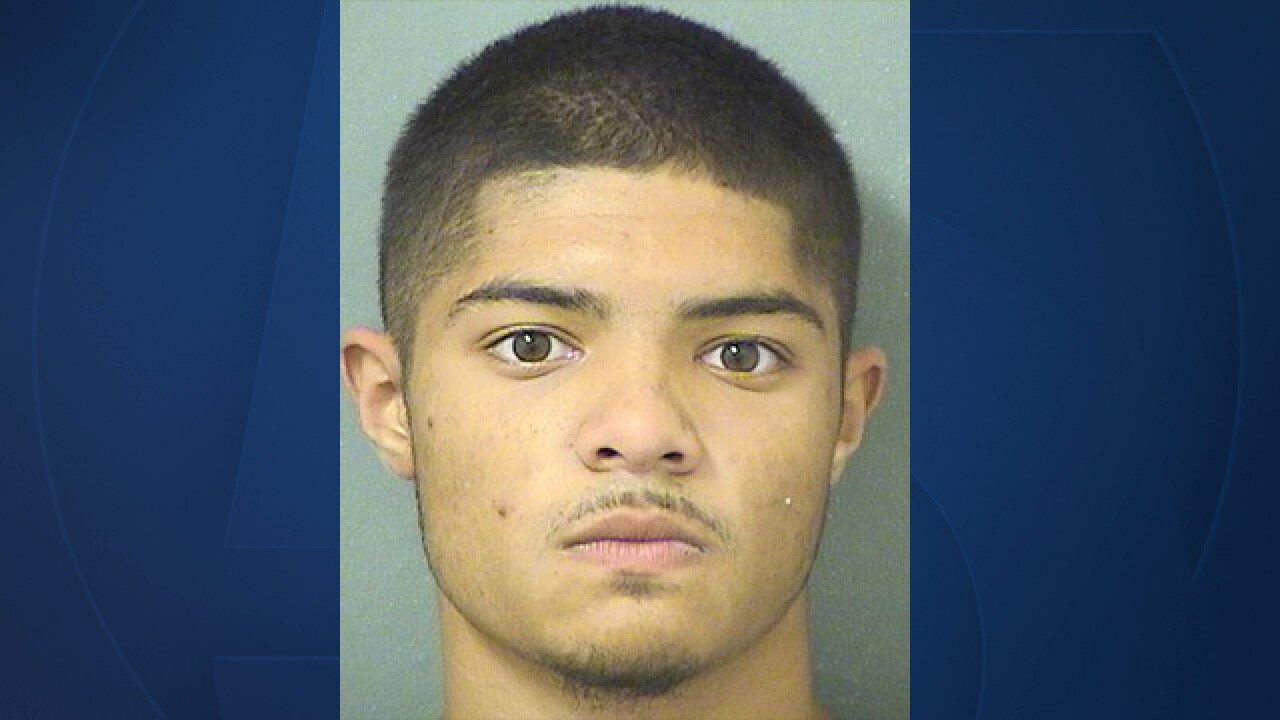 Palm Beach County Sheriff's Office
Alex Seay, 18, is accused of stabbing a person during an argument at a Jupiter gas station.

JUPITER, Fla. — An 18-year-old Palm Beach Gardens man has been arrested in connection with a stabbing at a Jupiter gas station.

Alex Seay was arrested on a charge of aggravated battery with a deadly weapon.

Jupiter police said Seay, 18, stabbed another person during a fight Wednesday night at an Exxon gas station on Indiantown Road.

According to an arrest report, the victim was stabbed twice in his stomach and once in his face.

Seay was booked into the main Palm Beach County jail, where he was being held on a $20,000 bond.