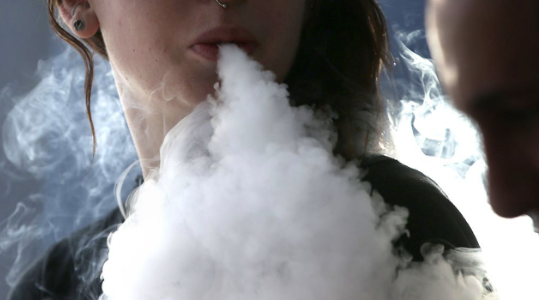 JUPITER, Fla. -- Some potential new changes within Palm Beach County could affect those who use e-cigarettes.

Smoking is banned at Palm Beach County park playgrounds. But there’s no law on the books for e-cigarettes, which are becoming more and more popular among young people.

That could change with a potential new law being brought up by the Parks and Recreation Department.

In 2018, e-cigarette use among high school students rose by 78 percent, according to the Campaign for Tobacco-Free Kids.

That's why county leaders are proposing a new ordinance to ban vaping at parks and playgrounds across the county.

“Why expose people?” said Barbara Hegermiller-Smith, who was enjoying Dubois Park in Jupiter on Friday. “It kind of glorifies smoking. And gives our little ones mixed messages.”

“It’s not good for them to see people smoking. And then they’re curious about it and then it’s cool, the kids talk about it," said Bob Morgan.

“It’s a good idea because I don’t think smoking should be in the parks either," said another park-goer, Peggy Suglia.

“So many young people are trying it. As I understand, over 70 percent of high schools frequently are vaping," he said.

The new ordinance will add vaping to the list of banned practices and items only at playgrounds.

“Because smoking is legal for adults, so there are other areas in the parks that smoking would be permitted," said Call.

Call said while it’s impossible for law enforcement to crack down at every park, the new ordinance includes penalties and heavy fines to help deter violators.

First-time offenders could see a fine of $50, second offense is $100, a third offense is $200 and the fourth offense or any violations after that could cost $300.

The vaping ban passed the first reading and will go under final approval by county commissioners at their October 8th meeting.