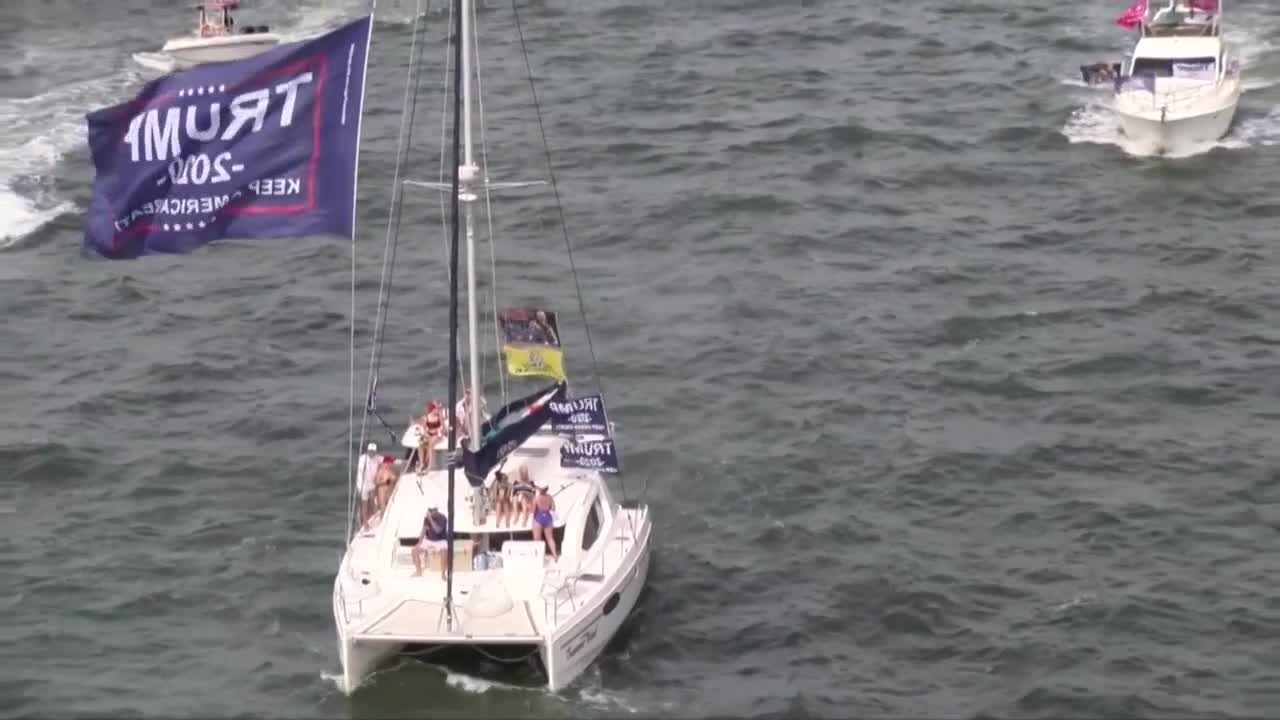 Saturday morning, the sixth and final Trump boat parade before the presidential election left the Jupiter Inlet and headed to Mar-a-Lago. 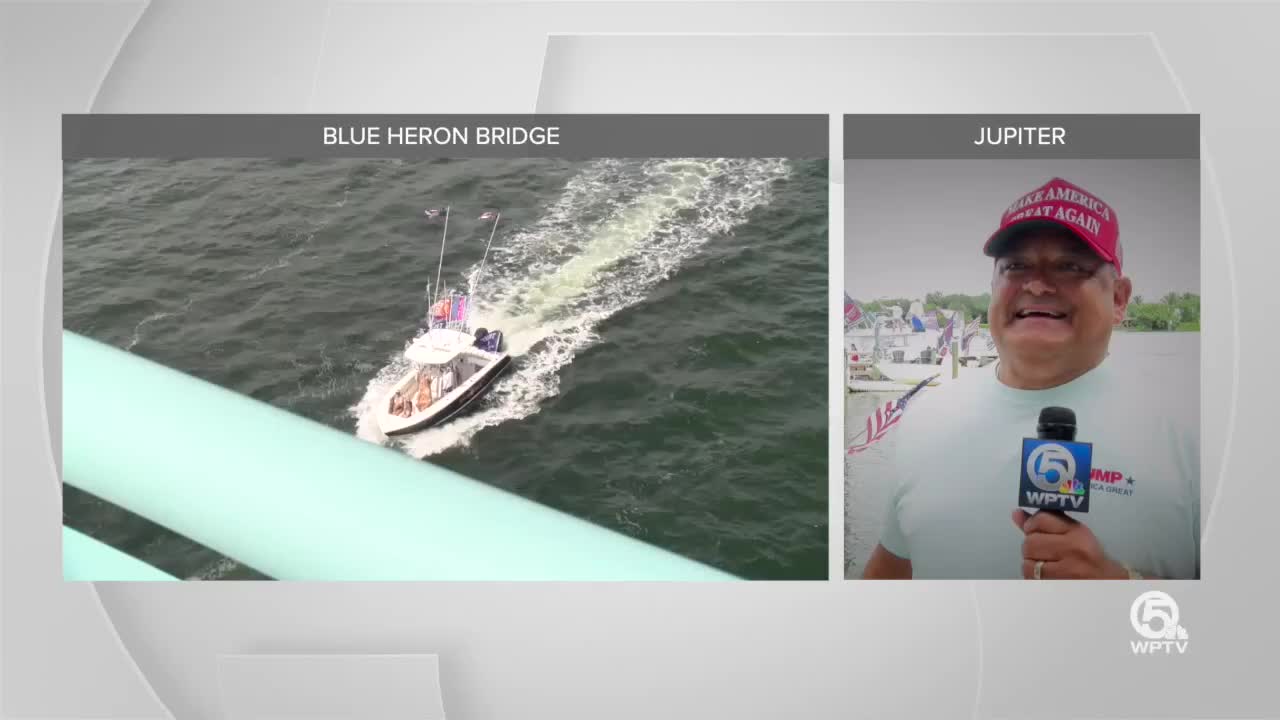 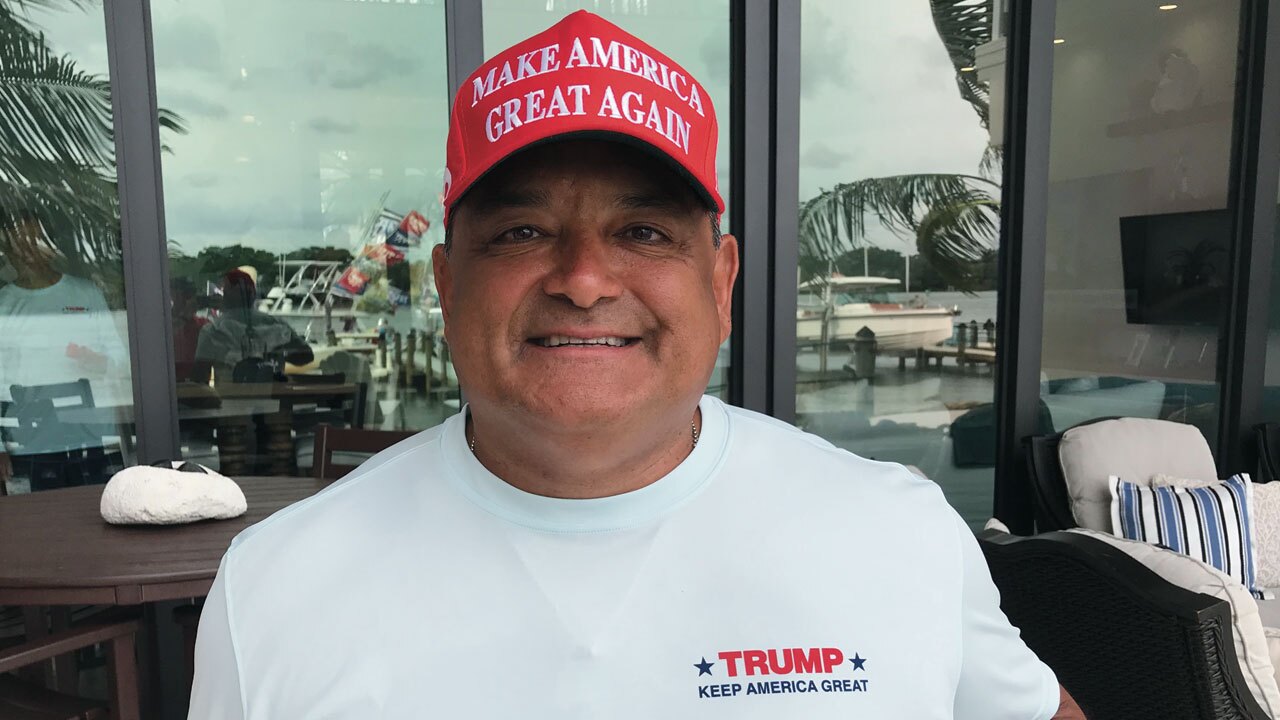 JUPITER, Fla. — Saturday morning, the sixth and final Trump boat parade before the presidential election left the Jupiter Inlet and headed to Mar-a-Lago.

Carlos Gavidia and other demonstrators make preparations to start their last boat parade before the election in support of @realDonaldTrump. Parade set to start from the Jupiter Inlet at 11:20 a.m. and head to Mar-a-Lago. @WPTV @FOX29WFLX pic.twitter.com/EwVzGUlmhg

The organizer, Carlos Gavido, says he is proud of what he’s accomplished since May.

“You know it’s pretty amazing, to be quiet honest. It’s an overwhelming amount of patriotism," said Gavido. "This movement has ignited the silent majority. They’re tired of being silent. You know this gives them the ability to go out and be with other people and not be ridiculed.”

WPTV NewsChannel 5 broadcast the start of the parade on Facebook

In the Trump Boat Parade, there was a large barge with seven emergency vehicles representing first responders who support @realDonaldTrump. @WPTV @FOX29WFLX pic.twitter.com/8VmFuKPgYB

Last Trump Boat Parade before election departs from Jupiter
Copyright 2020 Scripps Media, Inc. All rights reserved. This material may not be published, broadcast, rewritten, or redistributed.