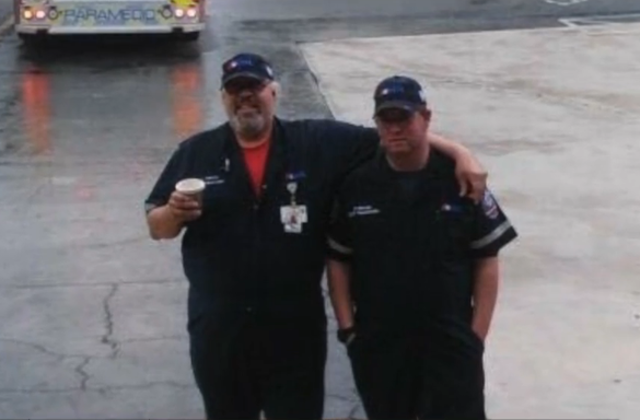 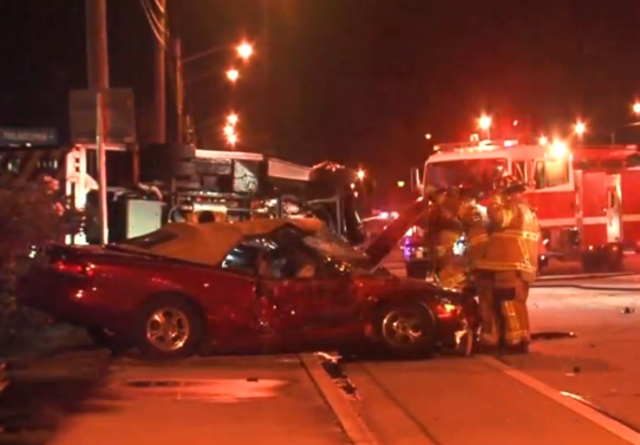 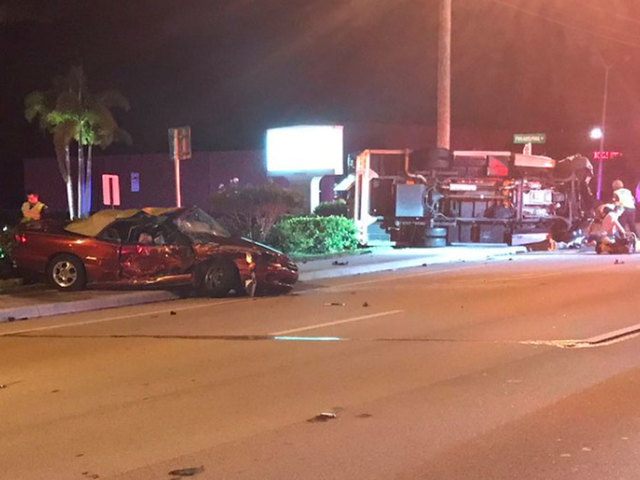 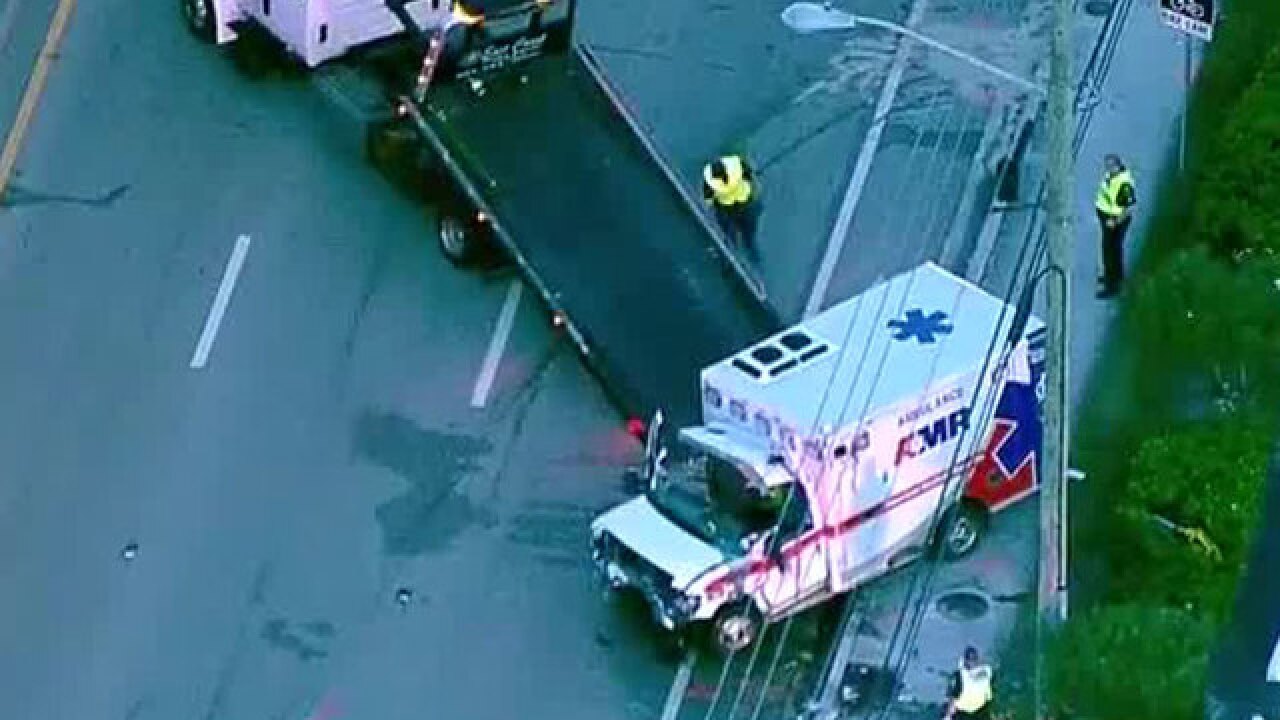 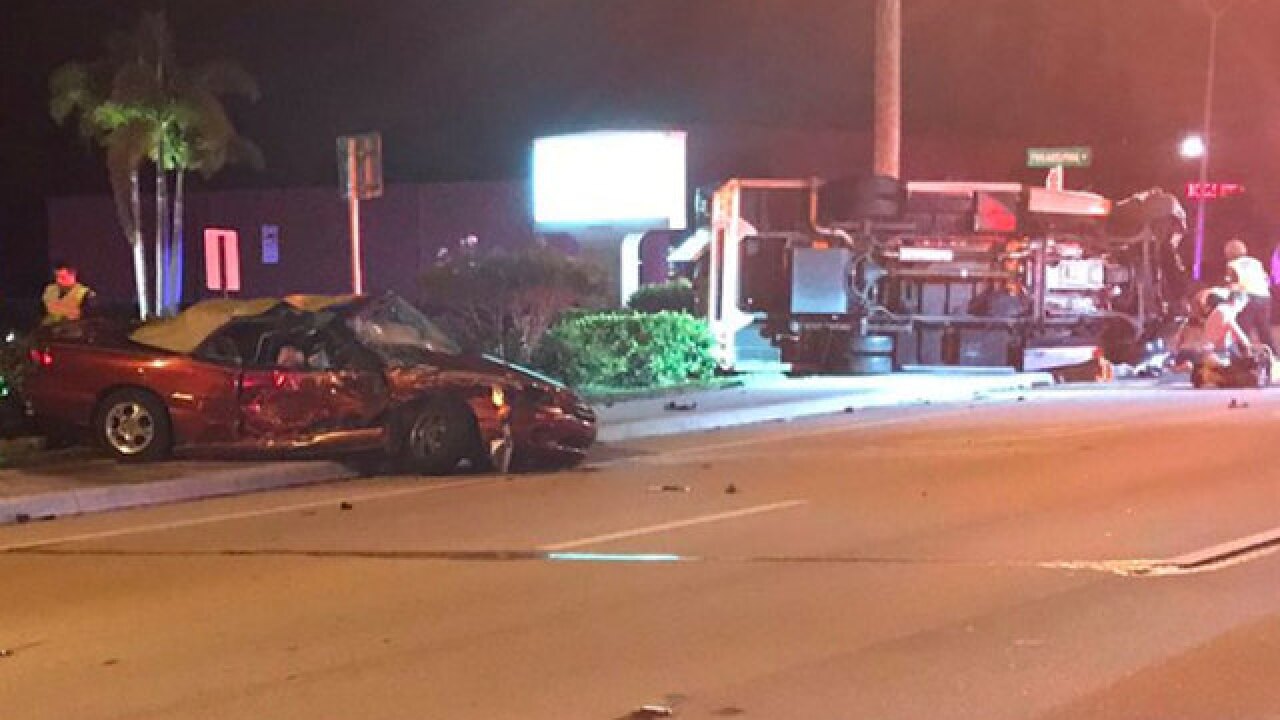 The EMTs were employed by American Medical Response and identified as caregivers, Lahiri Garcia, 51, and critical care paramedic and supervisor, Paul Besaw, 36.

Capt. Albert Borroto said the ambulance rolled over, trapping the occupants inside. Firefighters had to use extrication tools to cut the trapped people from the vehicle.

Police said a third patient, the driver of the car, was transported to the hospital for injuries that were not life threatening.

Witness Ramon Chapa said the crash occurred when a car made a U-turn, hitting the ambulance that was traveling west.

"The red car went to make a U-urn  and the ambulance was in the middle where you make a U-turn. The red car pulled out right in front of him. He got hit on the passenger's side," said Chapa.

All westbound lanes were back open by 7:15 a.m. after being closed for about four hours.

AMR said the crew was returning to their station after transporting a patient to a local hospital. Both victims were long-term employees for AMR and leave behind wives and families, according to written statement from the company.

“The AMR family has lost two amazing people. They were dedicated husbands, fathers, friends and teammates,” said Bill Hall, Regional Director for AMR. “Our thoughts are with both families during this difficult time. Lahiri and Paul will be greatly missed.”

AMR said "Garcia and Besaw were committed to caring for others, and together they had nearly 40 years of service for AMR and the community. Funeral arrangements have not been finalized."

A gofundme page has been set up for the Garcia and Besaw families.