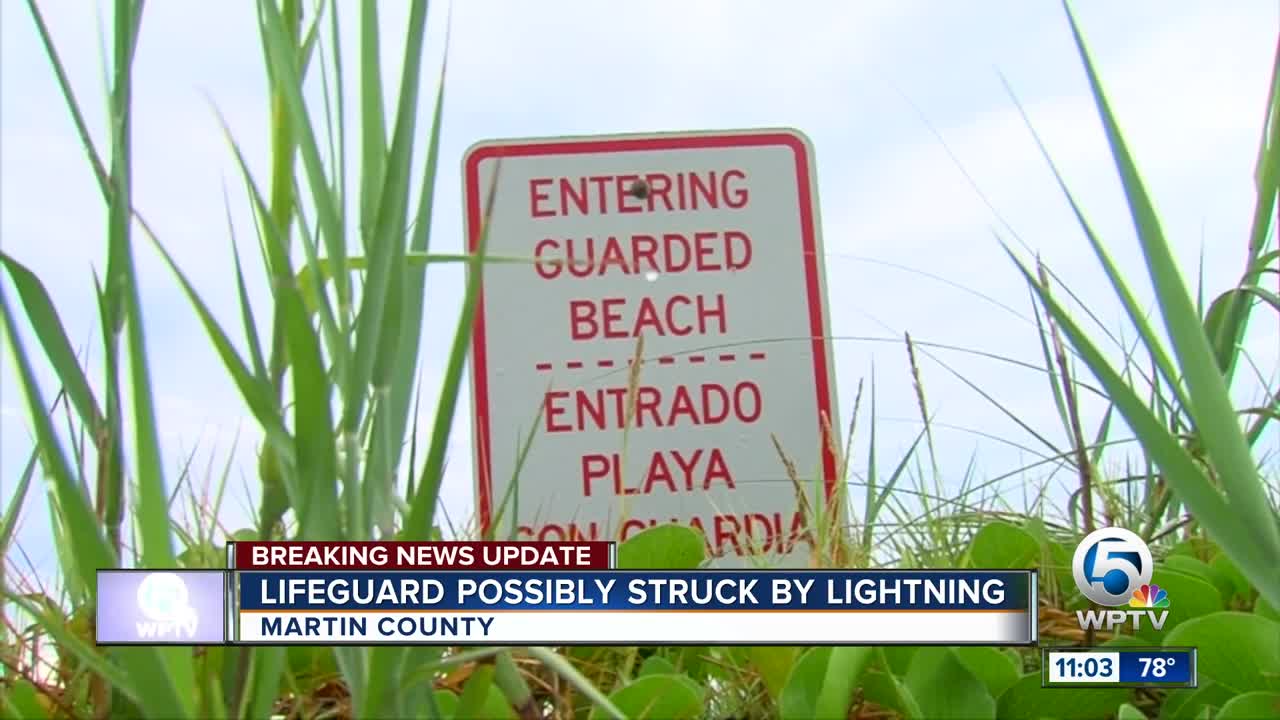 A Martin County lifeguard was taken to the hospital on Friday afternoon after possibly being struck by lightning, officials say.

MARTIN COUNTY, Fla. — A Martin County lifeguard was taken to the hospital on Friday afternoon after possibly being struck by lightning, officials say.

According to Martin County Fire Rescue, they received a call at 3:19 p.m. from the on-duty ocean rescue captain at Jensen Beach about a possible lightning strike to a lifeguard.

“Lightning was striking left and right. I was inside so -- and I didn’t touch my cellphone and charger. I was afraid. My dogs were afraid,” said Christin Wright, a Martin County resident.

That’s how Wright describes the band of storms that moved through Martin County on Friday afternoon. She says it wasn’t the appropriate time to be on the beach.

”I just feel terrible that this happened and my prayers go out,” she added.

Officials say the lifeguard didn’t lose consciousness, didn’t require cardiopulmonary resuscitation and is expected to be OK. It's unclear if it was a direct strike or if the lifeguard was shocked through the ground, officials say. The lifeguard was taken to Cleveland Clinic Martin North Hospital to be checked out.

When WPTV arrived at Jensen Beach, no lifeguard was in sight and the few people on the beach didn’t want to go in camera, only saying the storm cell packed a powerful punch and sent most people inside during its duration.

The message from officials is to remember that the lightning-risk area can be as far as 10 miles from a storm so don’t chance it.