“The witnesses expressed grave concern for the safety and health of themselves and others.” 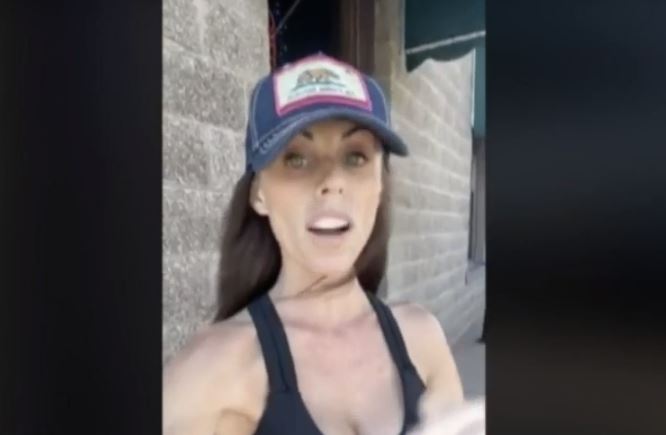 Stuart Police arrested a Martin County woman accused of failing to quarantine or isolate herself while waiting to receive the results of her COVID-19 test. Wednesday, police say 38-year-old Melissa Barton was seen walking in downtown Stuart.

STUART, Fla. — Stuart Police arrested a Martin County woman accused of failing to quarantine or isolate herself while waiting to receive the results of her COVID-19 test.

According to an arrest report, Barton had been active on Facebook discussing her COVID-19 test that she took 11-days before her arrest. The report says according to witnesses, Barton had entered a clothing store and shopped for a brief time and then exited the store, continuing to walk around the downtown area.

The report states, “The witnesses expressed grave concern for the safety and health of themselves and others.”

Police also wrote that on April 1, Barton posted a video on Facebook just hours prior to making contact with police stating she believed her test would come back positive.

“There were about three or four calls that came in. A couple of my detectives got some phone calls from the downtown business people who I guess identified this woman from Facebook. The initial call was the concern she could be COVID positive,” said Stuart Police Chief Joseph Tumminelli.

“This lady left our hands tied and we had to take her to the Martin County Jail,” Chief Tumminelli said.

According to the Governor’s Executive Order 20-51, anyone who meets the CDC’s definition of a PUI (Person Under Investigation) is supposed to be isolated or quarantined for a period of 14 days or until the person tests negative for COVID-19.

Barton is among the many still waiting for a test result.

Her social media indicates she was experiencing symptoms days before she was able to get a test. She told police she no longer had symptoms. Guidance from the Florida Department of Health states that people should begin to quarantine themselves for 14 days beginning on the day they believe they were exposed to the coronavirus.

Chief Tumminelli says his officers are not instructed to go looking for arrests, calling this a more extreme case.

“The intent is not to arrest. The intent is to educate and ask for the compliance,” Tumminelli said. “But if my officers do come across someone, a group of ten or more, they’re going to tell them hey, practice social distancing. We’re not going to make arrests on that, only in extreme circumstances to where our hands are tied. If I can get somebody to go home who needs to go home, they’ll go home.”

Barton was released from jail with an ankle monitor.

Court records show she will be confined to her home with the GPS tracking device until she receives a negative test.