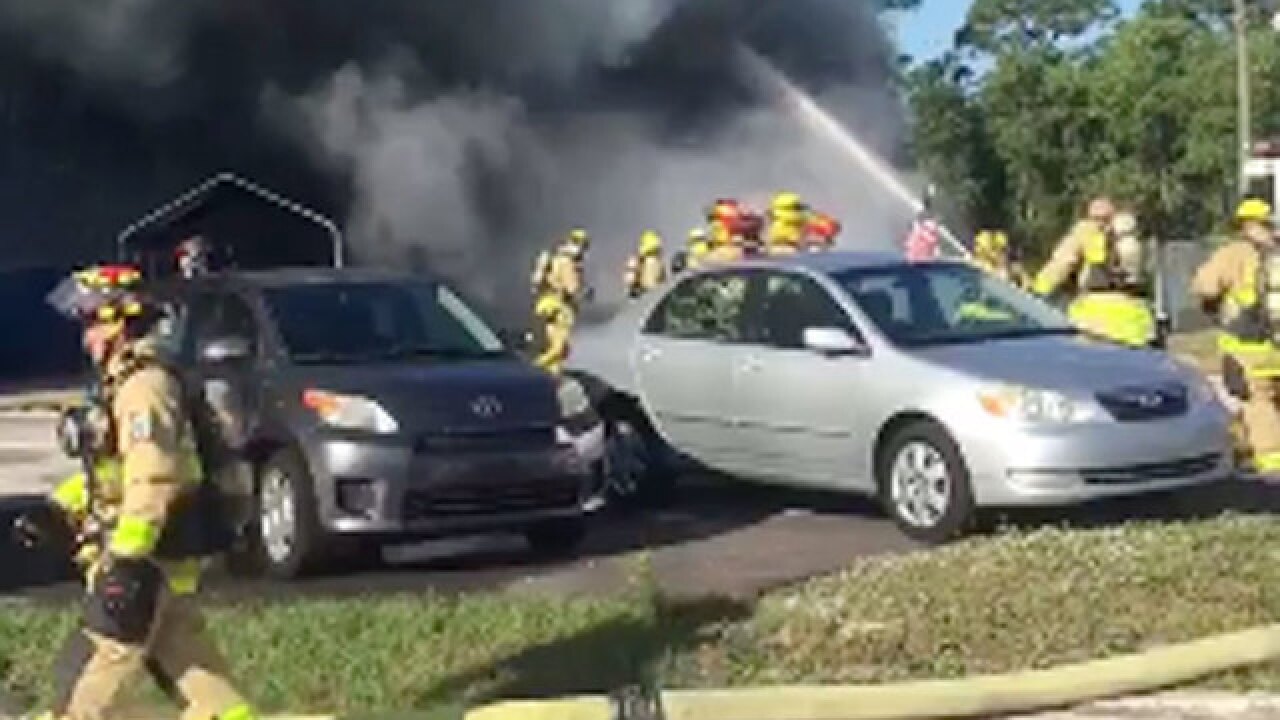 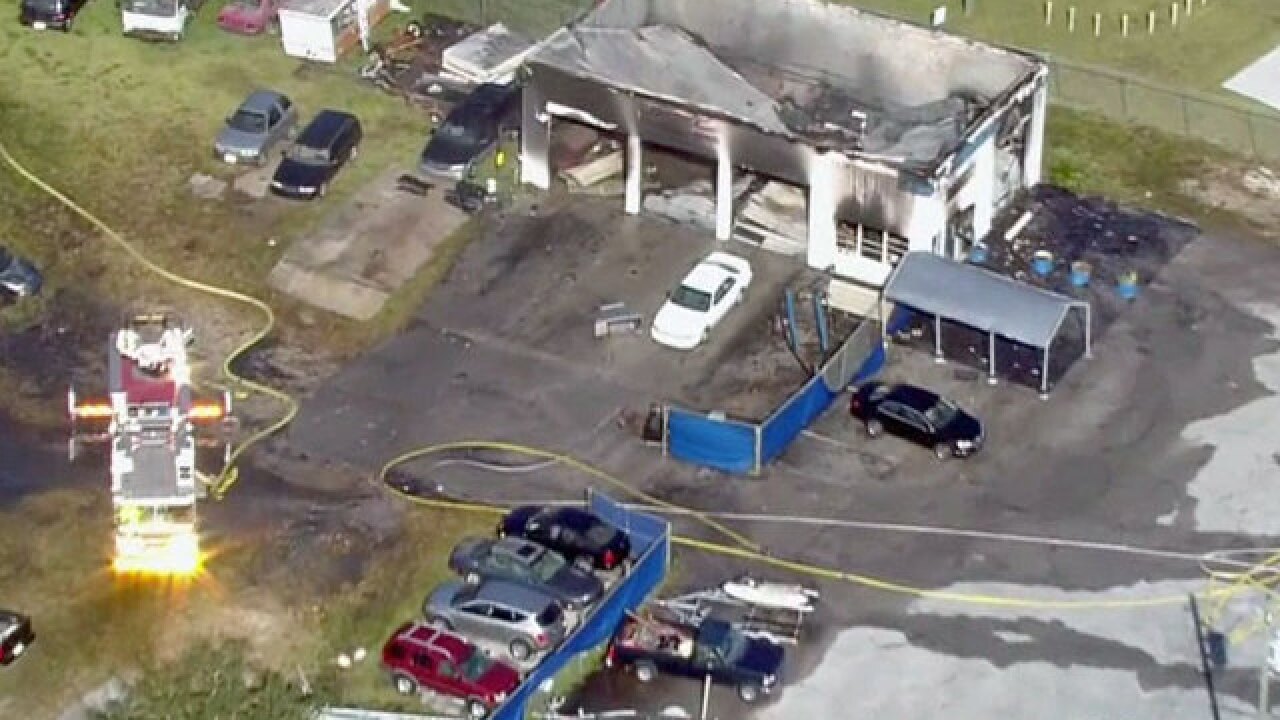 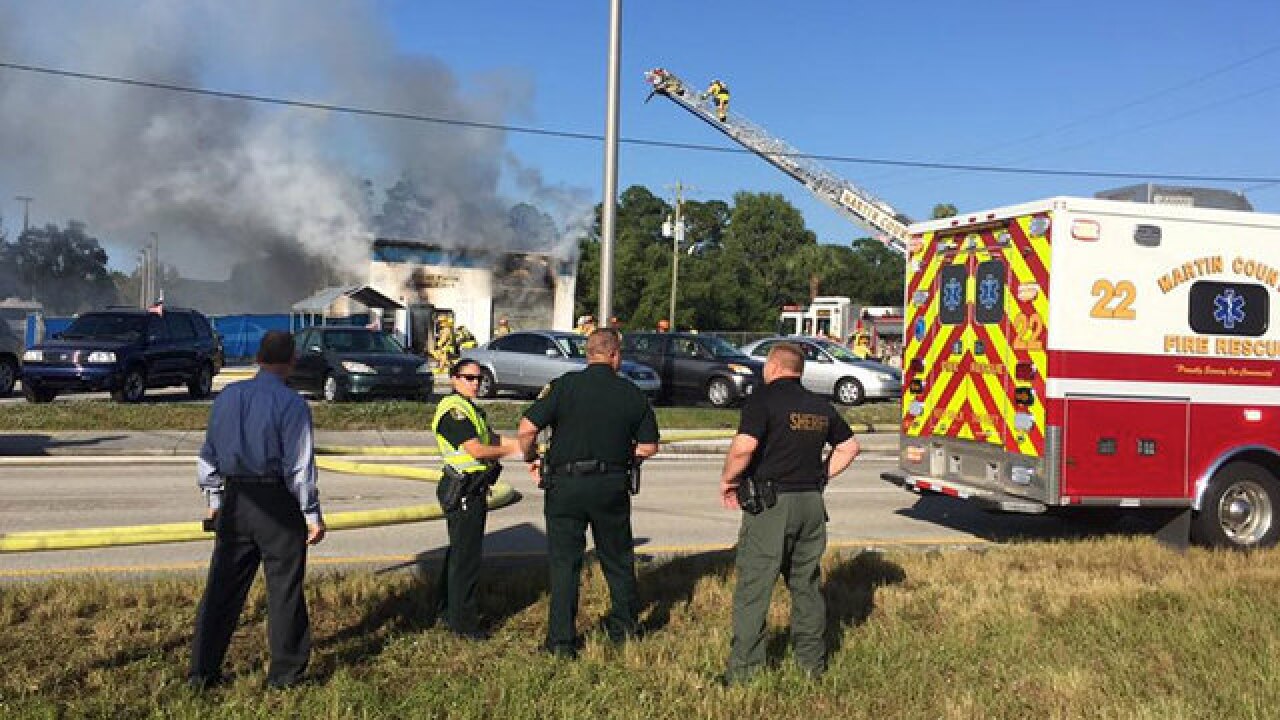 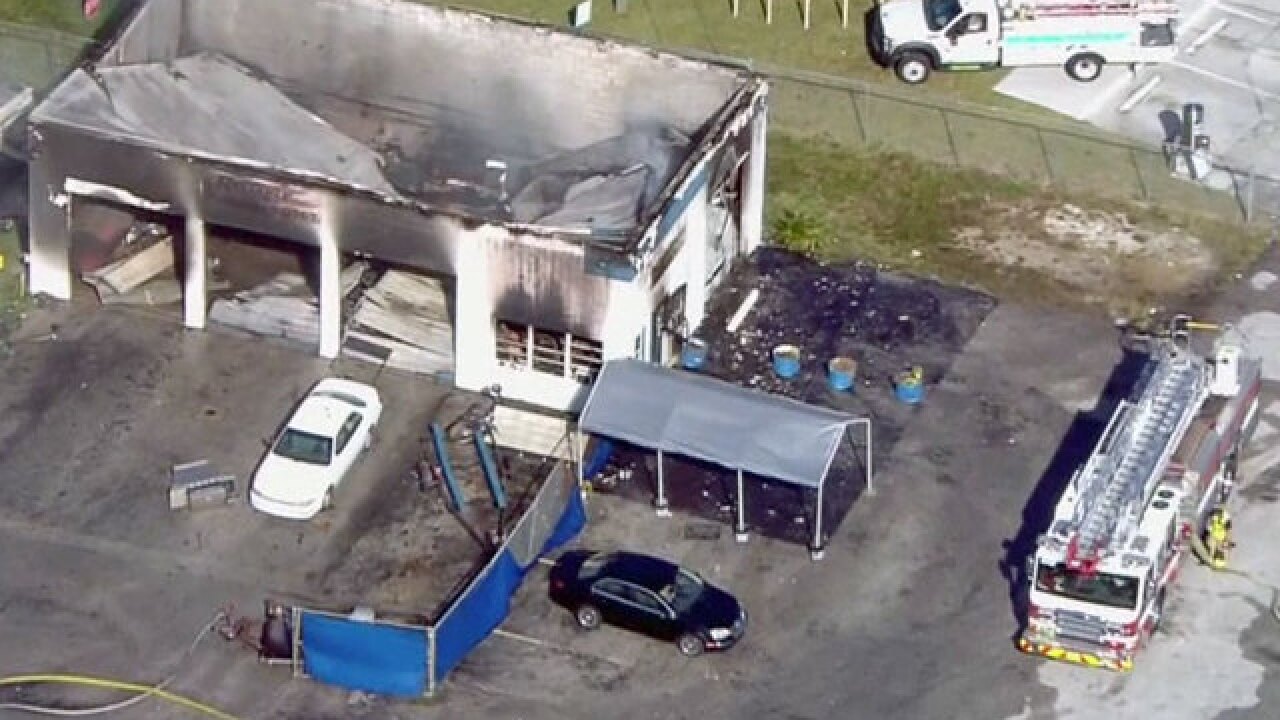 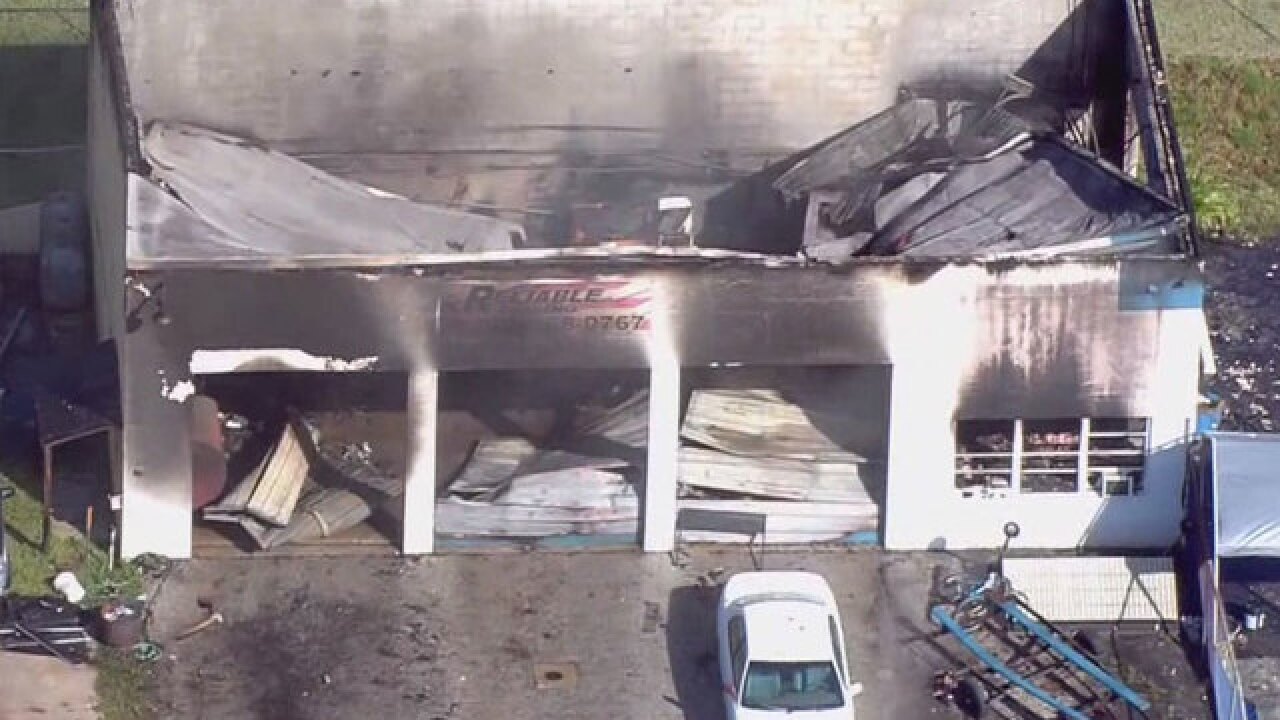 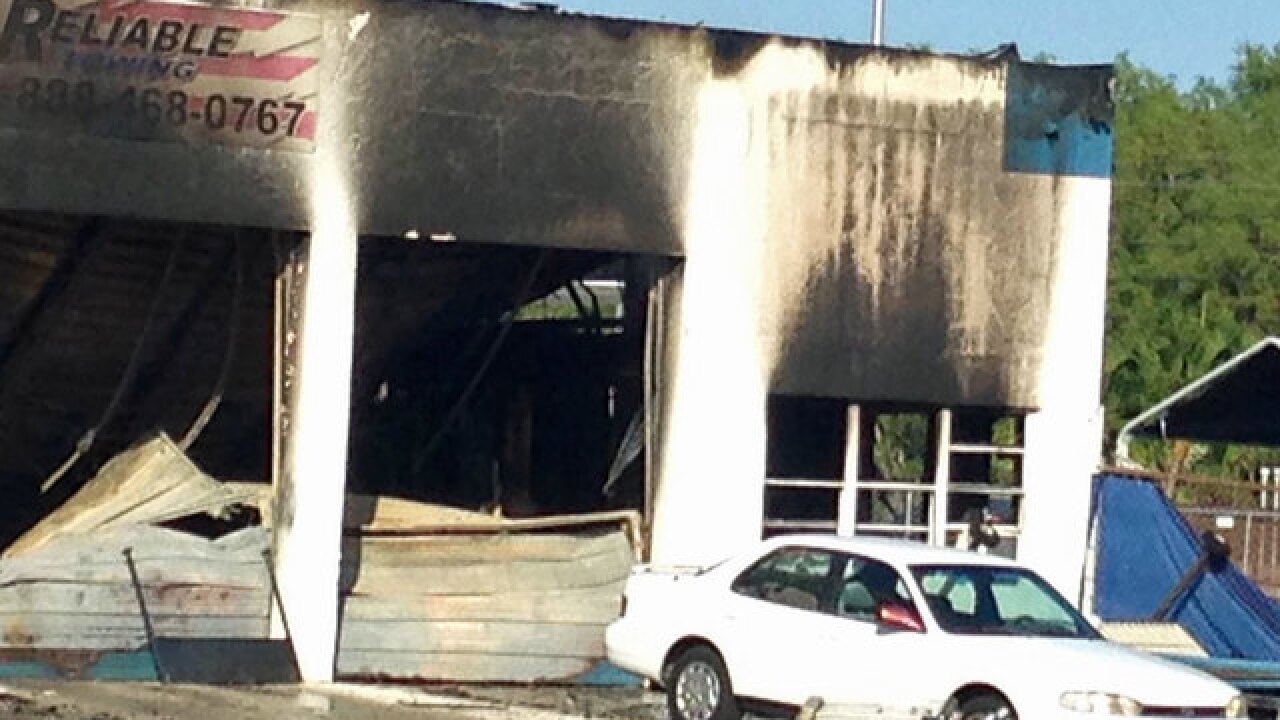 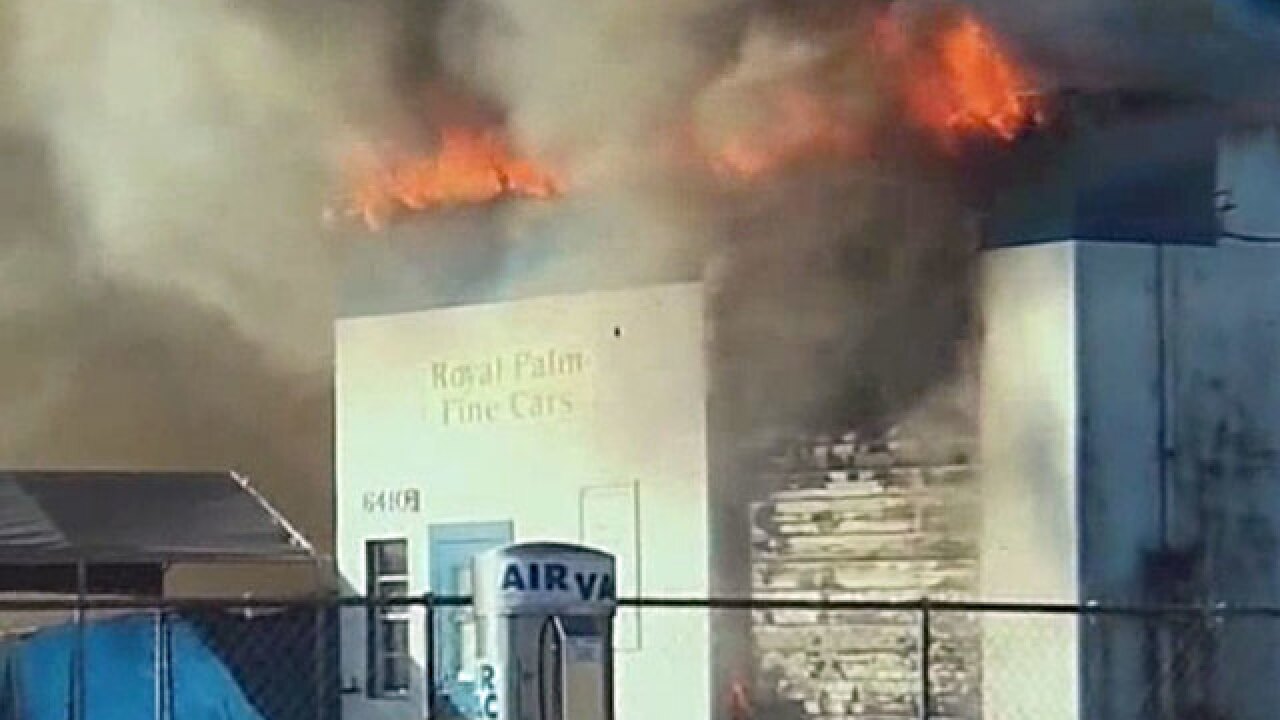 Texaco gas station owner Mike Hussein had just dropped his daughter off at school when he drove up to his business on Kanner Highway and saw that the building next door was on fire.

"I saw smoke coming out of the overhead garage door and as I was pulling in I saw two of my employees came outside as well and I guess a customer had notified them. And I told her to call the fire department right away,” he said.

He took video on his phone while waiting for firefighters to arrive and he started to worry. "I was mainly concerned because we have 15,000 gallons of fuel right next door, just feet away. That's why we were kind of concerned."

"I thought they were cooking and all of a sudden I saw all of the different colors of smoke I was watching it and we saw black smoke and then the flames burst right through the door,” said Mark who is one of Hussein’s employees.

As a precaution, Kanner Highway between Salerno Road and SE Pomeroy Street was closed for several hours while firefighters doused the flames.

The investigation has been turned over to the State Fire Marshal.