Strange blob spotted in the water off Indian River County 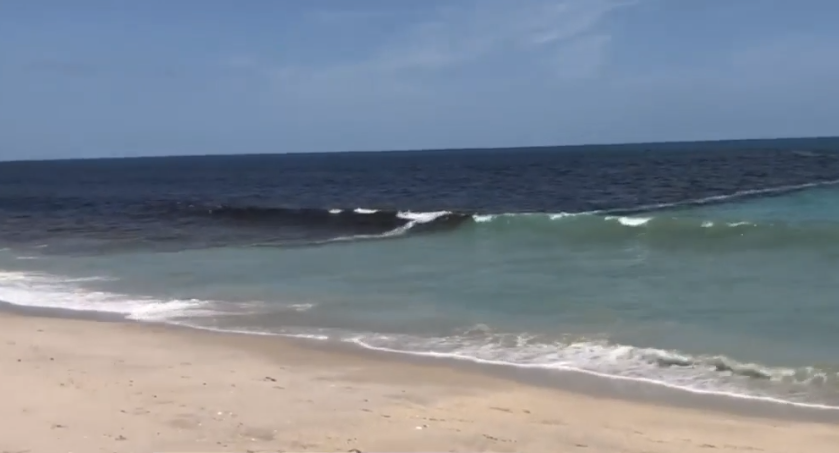 WABASSO BEACH, Fla. — WPTV is committed to Protecting Paradise. We are focused on environmental issues with a goal of helping to bring awareness to existing problems and search for workable solutions. Have a story idea? Email us at paradise@wptv.com

So far this summer, neither toxic algae nor red tide has been an issue along our own ocean beaches. But over the weekend, something else was spotted drifting down the Treasure Coast.

But when he got home to Indian River County and wanted to go in the water, he saw a massive dark blob in the water north of Wabasso Beach.

"I saw this brown tide that was clearly delineated from nice clear blue-greenish waters. I had concern, I was concerned that this might be toxic or a pollutant. As it progressed, you’d see people in droves come out of the water.”

On Tuesday, Wabasso Beach, along with all other county beaches were open. There was no sign of the blob, but several beachgoers told me the water was much muddier than it had been over the weekend.

“This is a normal natural cycle that usually occurs, I’ve seen it several times before after a significant amount of rainfall," said Gray.

Lawn says he lives about 7 miles from the Sebastian Inlet, where swimming has been prohibited the past several days at the lagoon side beach because of high bacteria levels.

“I’ve seen those types of tides close to inlets, but never that far away," said Lawn.

Swimming has not been prohibited anywhere else in the county beyond the lagoon side beach at the Sebastian Inlet. Regular water samples were taken Monday with the results expected back later in the week.