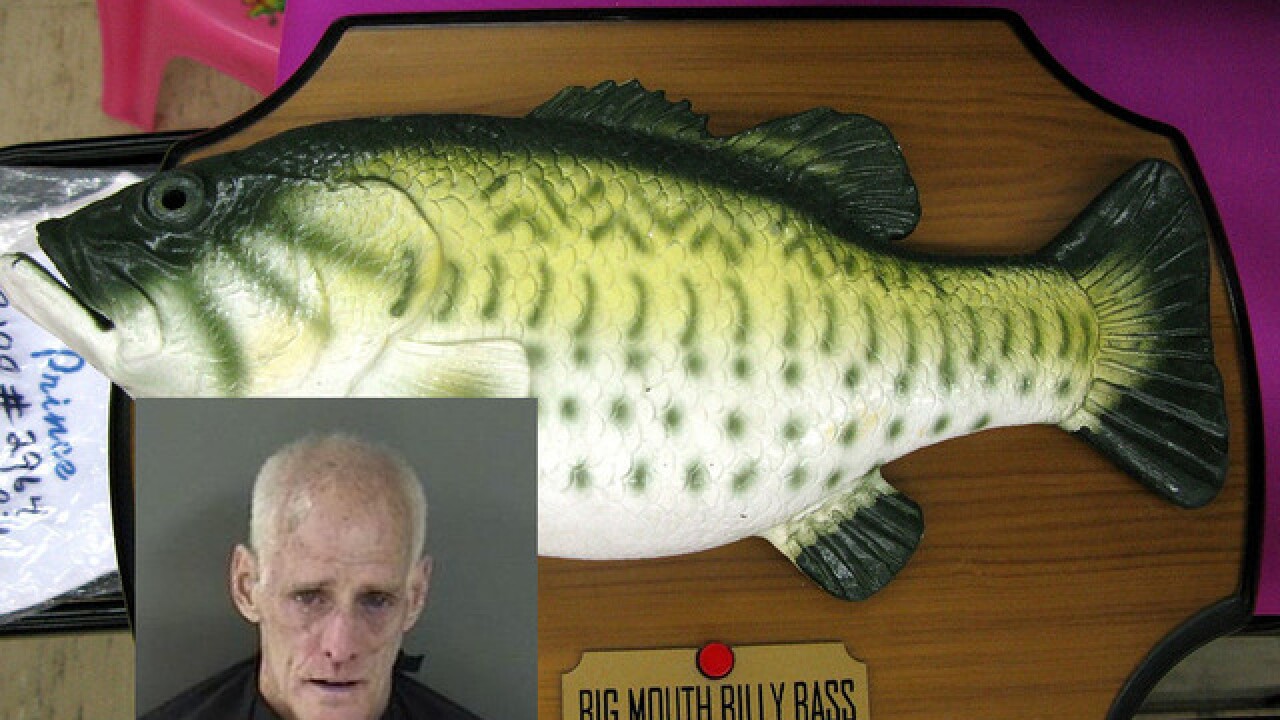 A Sebastian man hurled a Big Mouth Billy Bass at another man after an argument between the two, Sebastian police say.

Gregory Carney, 54, is facing a charge of domestic battery after police say he slapped the man with the toy fish on April 22. The man was cut on his eyebrow, according to a Sebastian police report.

The man told police he was arguing with Carney because Carney was playing with the fish “just to aggravate him.”

Fed up, the man said he put the fish into the trash.

Carney became angry when he learned the man threw out the fish, the report states. Carney grabbed it out of the bin and threw it at the man.

Carney told officers he didn’t aim for the man when he threw the fish and hit him by accident.

Officers arrested Carney and booked him into the Indian River County Jail. He was released on $500 bond.