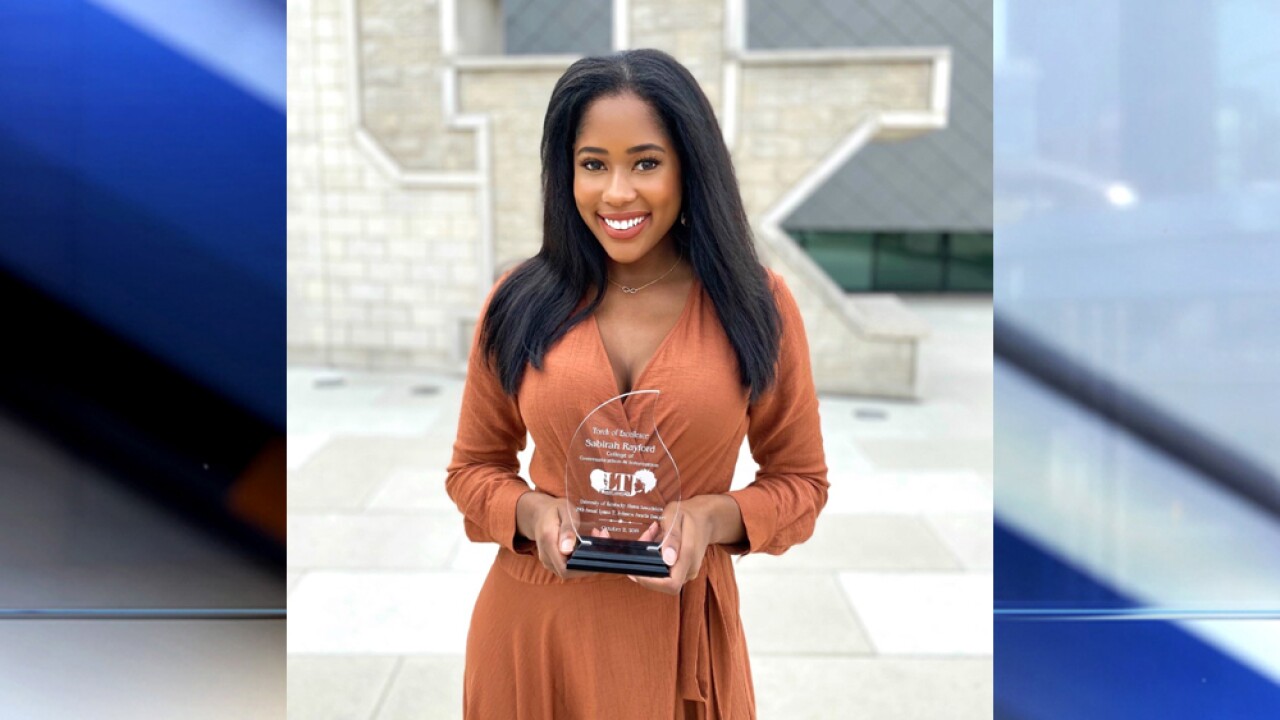 A WPTV multimedia reporter has been honored by her alma mater, the University of Kentucky, for her outstanding work in journalism.

On Friday, Sabirah Rayford received the Lyman T. Johnson Torch of Excellence Award, which is given to distinguished students and alumni in various fields for their achievements.

The award ceremony, organized by the Lyman T. Johnson African-American Alumni Constituent Group, took place at the Bill Gatton Student Center at the University of Kentucky.

In 2015, she won Feature of the Year at the Kentucky Associated Press Broadcasters Awards for a story about a former state Supreme Court justice who transitioned from a man to a woman at the age of 65.

Rayford is an active member of the National Association of Black Journalists, and is passionate about telling stories that make a difference in our South Florida community.

The Torch of Excellence Award is named after Lyman T. Johnson, an educator and civil rights activist who dedicated his life to fighting segregation and racial inequalities in Kentucky.

Honored to be back at the @universityofky to receive the Lyman T. Johnson Torch of Excellence Award. Thank you @UKJAMschool for nominating me! pic.twitter.com/CdZd54qRMN