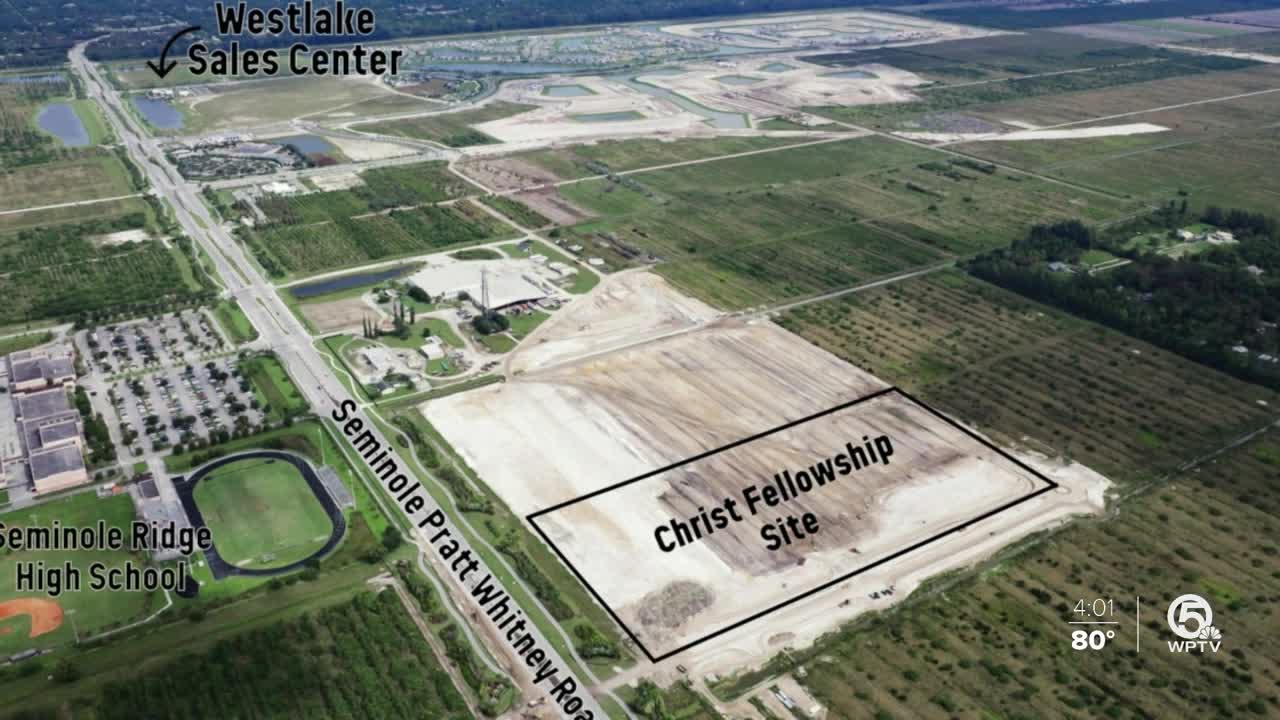 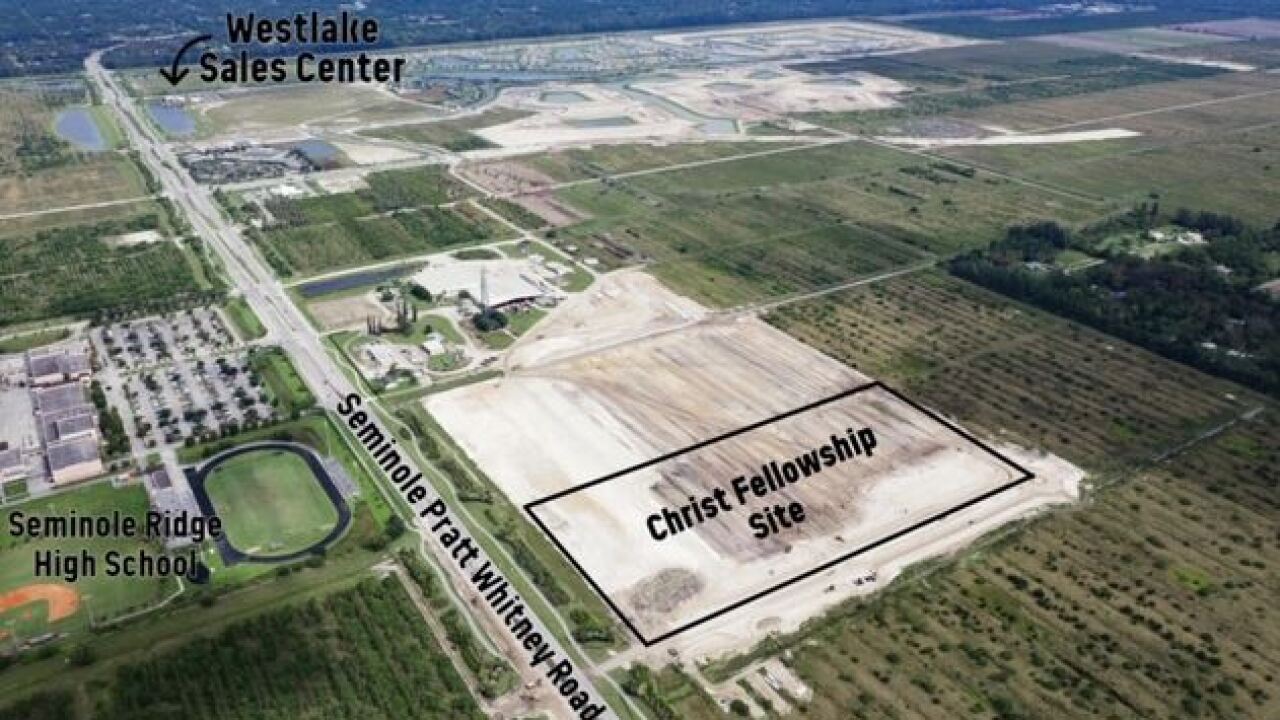 PALM BEACH COUNTY, Fla. — The city of Westlake is on the move. So far, more than 300 homes are on land near Seminole Pratt Whitney Road.

John Carter is the Vice President for Minto Communities. "Westlake has been approved for 4,500 homes a that's a combination of single-family homes as well as 800 townhomes, he says."

The rest of the land will be for commercial use, including a church. "We've recently completed a land sale to Christ Fellowship Church they are building a 65,000 square-foot, 800-seat sanctuary. We have sold 400 acres to Florida Power and Light for a solar energy center which was the first one in Palm Beach County."

There's a fire station and an emergency room in Westlake. And from entertainment to a possible bowling alley to plenty of shopping, it all adds up to more vehicles on the road. Margaret Lake a driver said, "There are a lot of trucks, semis, construction trucks, construction traffic, landscapers etc, there's a lot of traffic. At moments I feel unsafe because you are sandwiched between those vehicles."

Carter says as Westlake expands, roads will too.

"In addition to that north-south State Road 7 extension, a new east-west corridor is being built and planned for. And so the county is well underway with the design and construction of 60th going from State Road 7 out to the 140th which is the eastern boundary of Westlake. Within Westlake, Minto will be giving the right of way for 60th for about five miles of future road to be built."

Homeowners like Christian Quintana are hopeful traffic will not be a problem in the future. "On the traffic, mornings and afternoons but I think it's more due to the construction going on here at Southern and at Seminole Pratt."

Carter says there are also plans for a sports training facility.