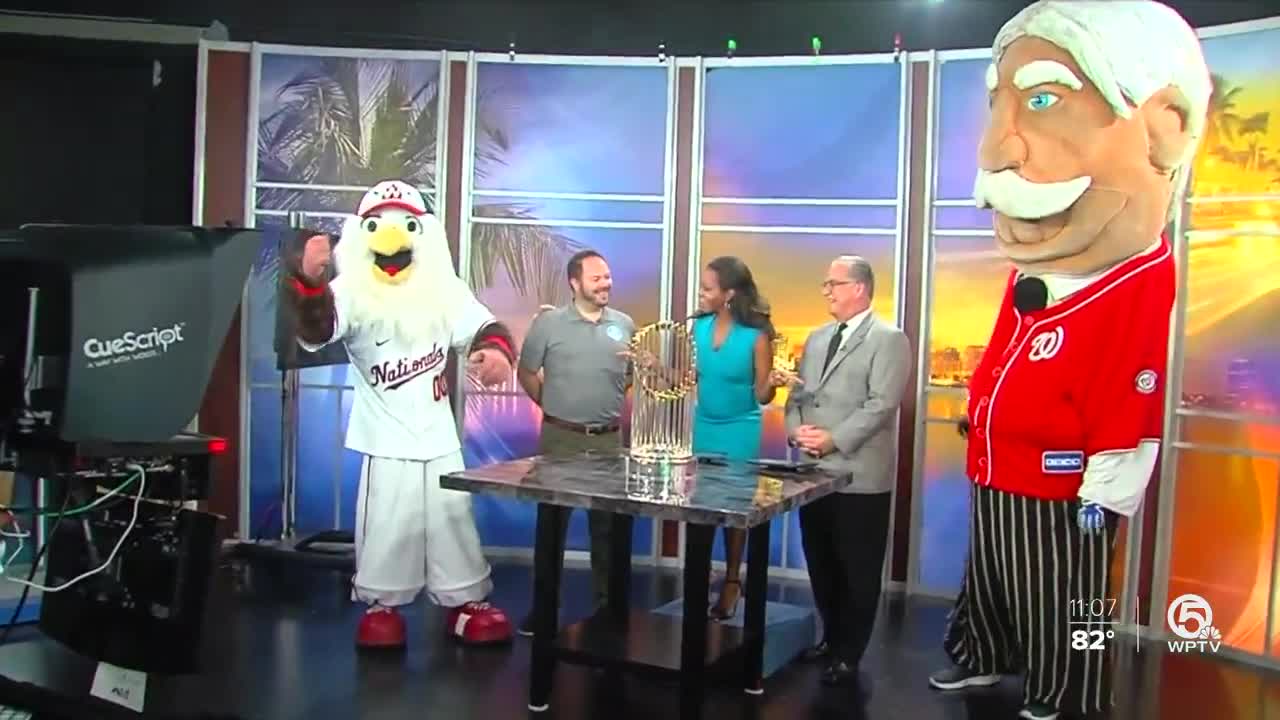 WEST PALM BEACH, Fla. — The Washington Nationals are in town for spring training at the Fitteam Ballpark of the Palm Beaches but took some time to visit WPTV Tuesday morning.

They reigning champs brought along a little hardware -- the Commissioner's Trophy awarded to the winners of the World Series.

The manager at the FITTEAM Ballpark of The Palm Beaches says it is really something special having the Nationals and Houston Astros, the World Series champions in 2017, at their facility.

"Heading into our four season, we’re celebrating our second World Series title. I think it shows you there’s really something in the water in West Palm Beach and what it really means is the county, city, community came together to build what amounts to the best training facility in the United States,” said Matt Slatus, the general manager at the FITTEAM Ballpark of The Palm Beaches.

The Nats kick off their spring training schedule on Saturday against the Astros -- a rematch of the 2019 World Series.

There will also be a parade Thursday night in downtown West Palm Beach for a special "Clematis By Night" celebration from 6 p.m to 9 p.m.