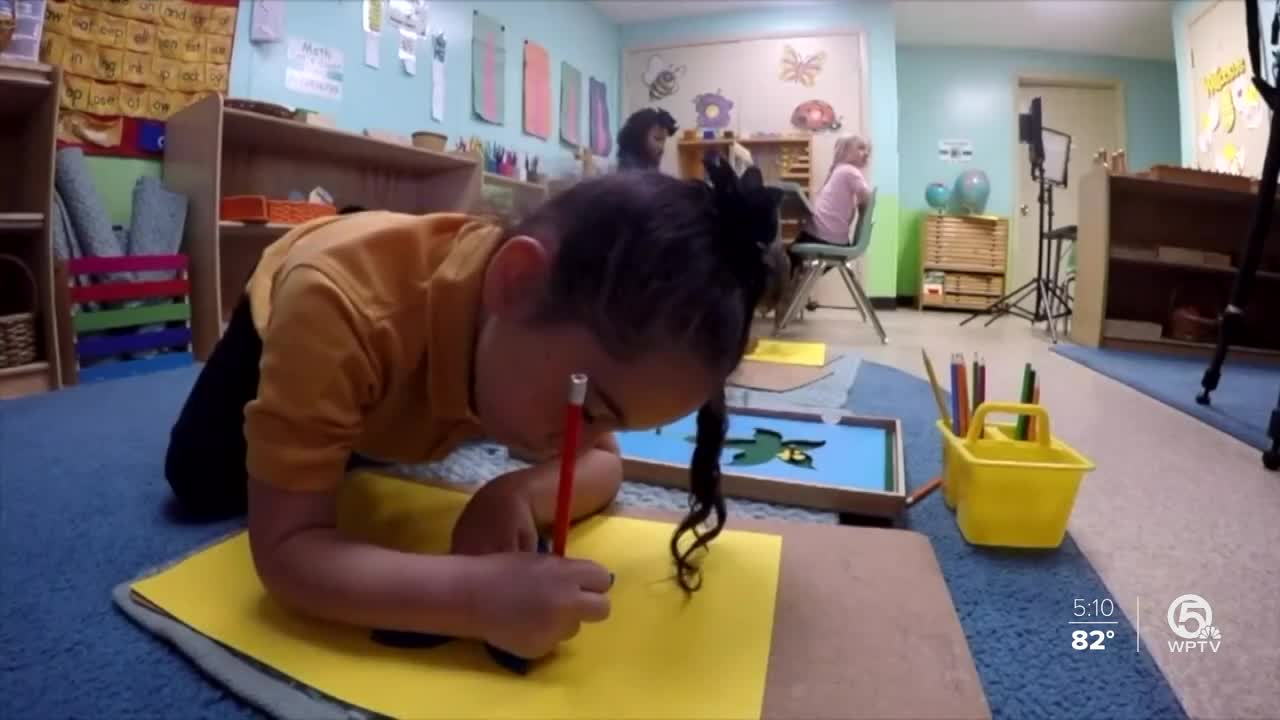 From paychecks to preparation for Kindergarten. There's increasing concern over the dollars that are going into the state's voluntary pre-kindergarten program.

VPK is a free program designed to give children a jump start to Florida four-year-olds with a focus on early literacy.

The program is designed to prepare all school-aged children for Kindergarten and build a foundation for future school success.

However, she says state lawmakers could be doing more to help improve the program.

Ross serves more than 100 students in the VPK programs offered at the two pre-schools she operates in Palm Beach County.

In addition to limited dollars available to attract high-quality teachers, Ross says there’s added pressure from the state about how students are measure up when they graduate from the program and enter Kindergarten.

Last spring, Governor Ron DeSantis directed the Florida Dept. of Education to address the Voluntary Pre-K readiness rate after announcing 41 percent of children who participate in VPK are not ready for kindergarten.

VPK readiness rates are calculated on both learning gains and kindergarten screener results.

"I need all the parents who have children in VPK and all the powers that be that oversee VPK to realize that children are not failing, your test is failing," said Sydney Ross.

Ross, an educator for 40 plus years, has been critical about the state's Kindergarten Readiness test.

It's a standardized test, given to 4 and 5-year-old students on computers, about 3 months after they begin Kindergarten.

Many teachers say the test is not age-appropriate and pre-schools were not given advanced notice about what the test would entail.

However, with more insight from state education leaders, Ross believes the readiness rates will improve in the year ahead.

Florida lawmakers are currently considering a budget proposal that addresses VPK budget concerns, but the early childhood advocates question whether it goes far enough since the funding increase would be less than three percent, which equals less than 50 dollars per student.