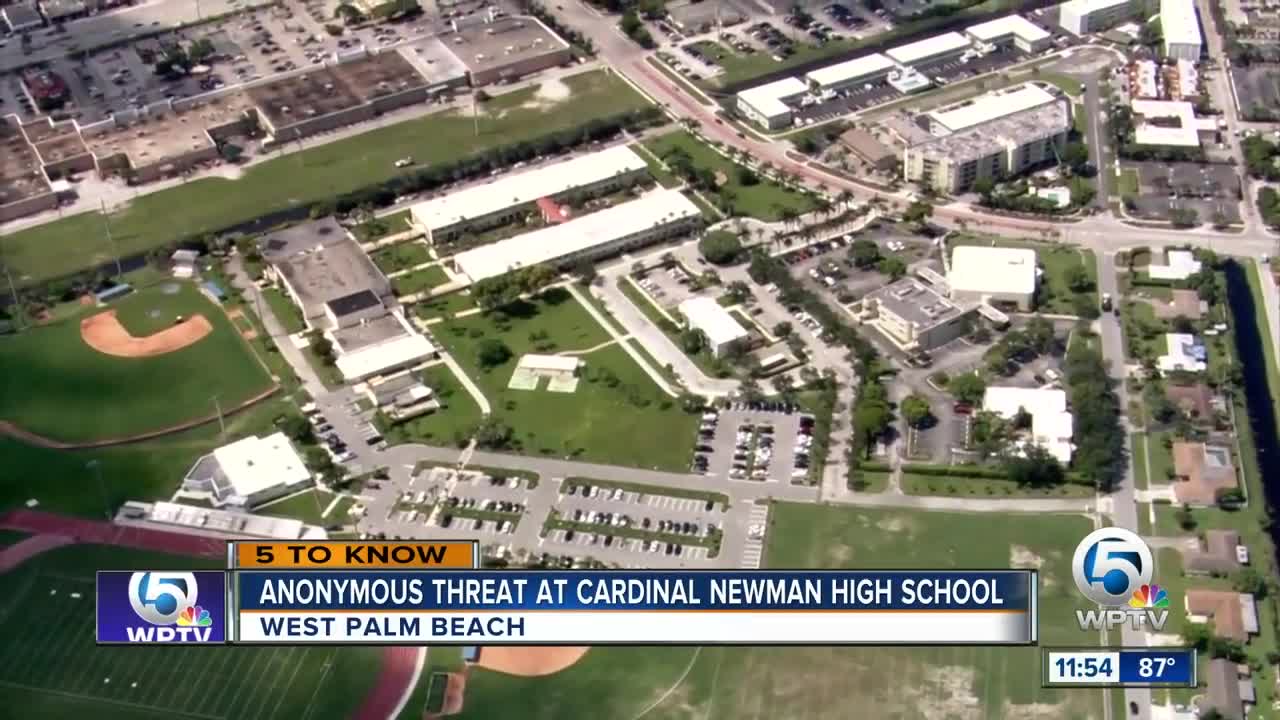 West Palm Beach police say a lockdown has been lifted at Cardinal Newman High School after someone phoned in a threat Thursday morning. 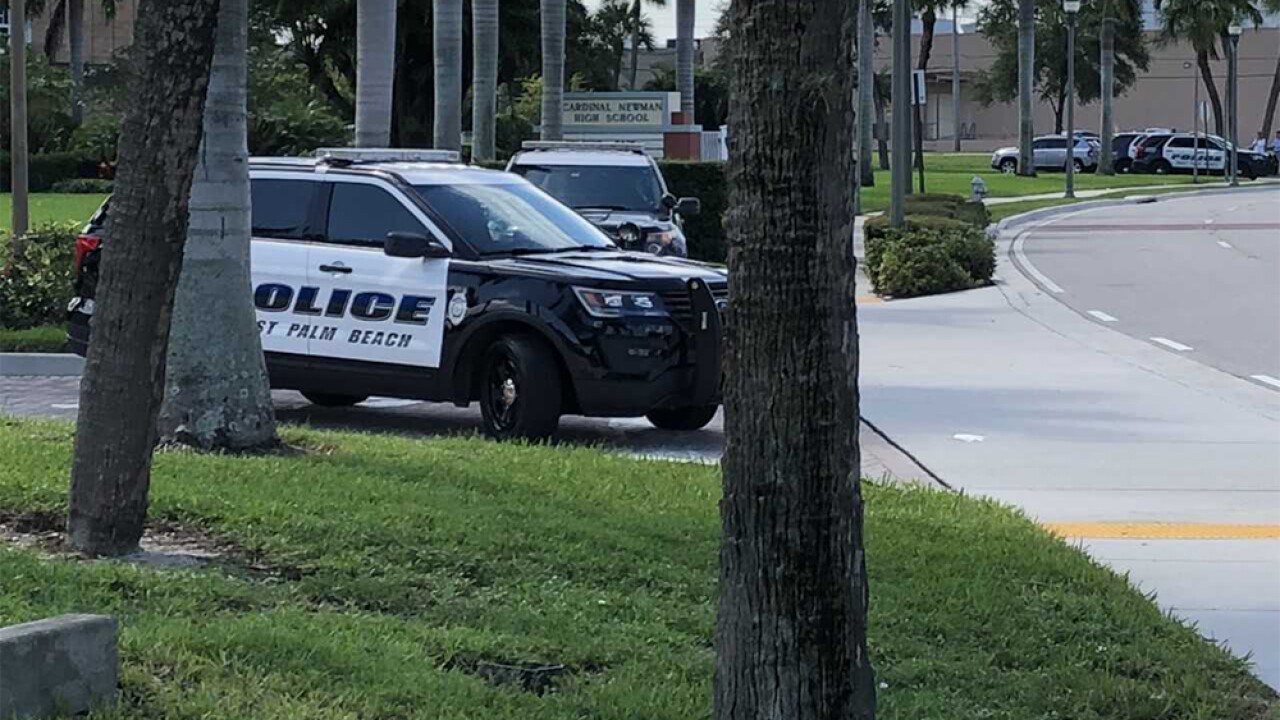 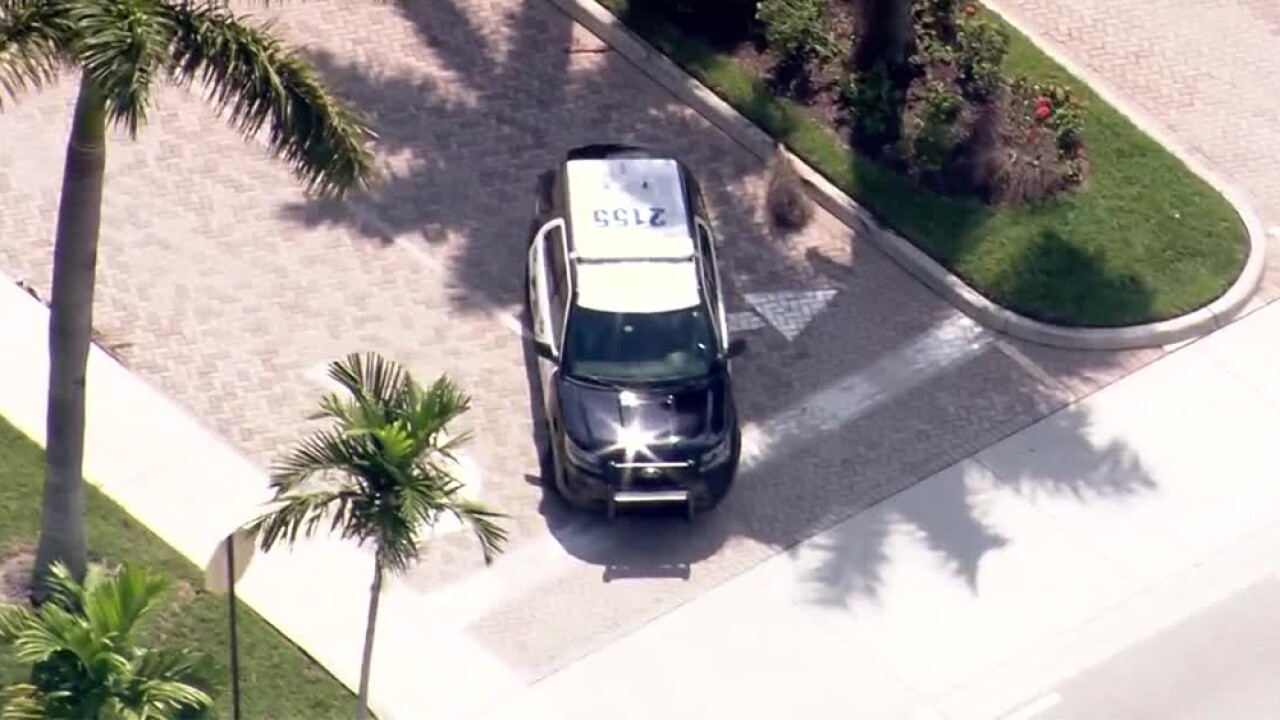 According to the police department, an anonymous threat was called into the school, which is located at 512 Spencer Dr., around 10 a.m. It's unclear what was said in the threat.

The school was placed on lockdown and officers responded to campus.

Police said it was later determined the threat was not credible, and the lockdown was lifted around 11:30 a.m. All students and faculty are safe, according to police.

Anyone with information about the threat is urged to call the West Palm Beach Police Department at 561-822-1900.

The Diocese of Palm Beach released a statement which said, in part:

"The Diocese of Palm Beach takes these situations very seriously, as the safety of the students and employees is always the absolute top priority. Schools are trained in secure mode procedures and appreciate the strong partnership with local law enforcement officers."