&lt;p&gt;Palm Beach County is in the midst of a heroin epidemic. Now a new drug, carfentanil, cut with heroin, is having those on the frontlines alarmed.&lt;/p&gt; 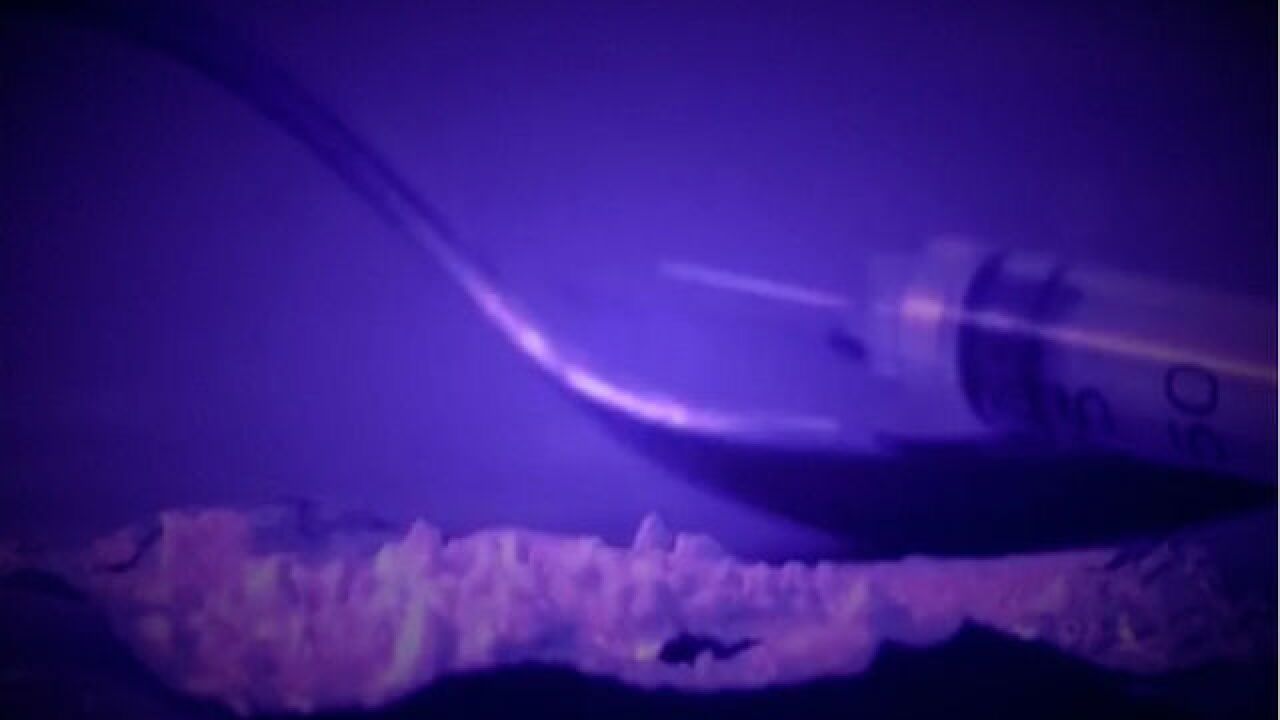 Palm Beach County is in the midst of a heroin epidemic. Now, a new drug, carfentanil cut with heroin, is having those on the front lines alarmed.

Just 2 milligrams can knock out a 2,000-pound elephant. Small amounts are enough to be a deadly dose for humans.

In a three month span officials have attributed 87 overdose deaths in Palm Beach County to carfentanil.

Increasingly, it is death. Bell said his office just started testing for carfentanil. In a three month span they have attributed 87 overdose deaths in the county to carfentanil.

Bell said he is convinced the number of carfentanil overdose deaths will far outpace those of heroin last year.

“It’s really taken off and I don’t see it stopping,” Bell said.

Carfentanil is so dangerous, first responders had to change how they are responding to overdose calls.

“We treat everything as if it has fentanyl or carfentanil in it," said Sgt. Paul Weber with Delray Beach Police Department. "It can be absorbed through the skin, it can be inhaled and it can cause an officer to overdose. The officers are told to wear gloves, masks and even goggles.”

Justin Kunzelman, director of business development at Ebb Tide Treatment Centers and a recovering addict himself, is not surprised carfentanil is selling on the streets.

“Drug dealers are marketers," Kunzelman said. “Drug addicts, when they hear that something is stronger they automatically think it’s going to get me higher.”

Instead of the ultimate high, users end up in the morgue.

"We will see an increase in overdose deaths," Kunzelman said. "It’s a hundred percent going to happen.”