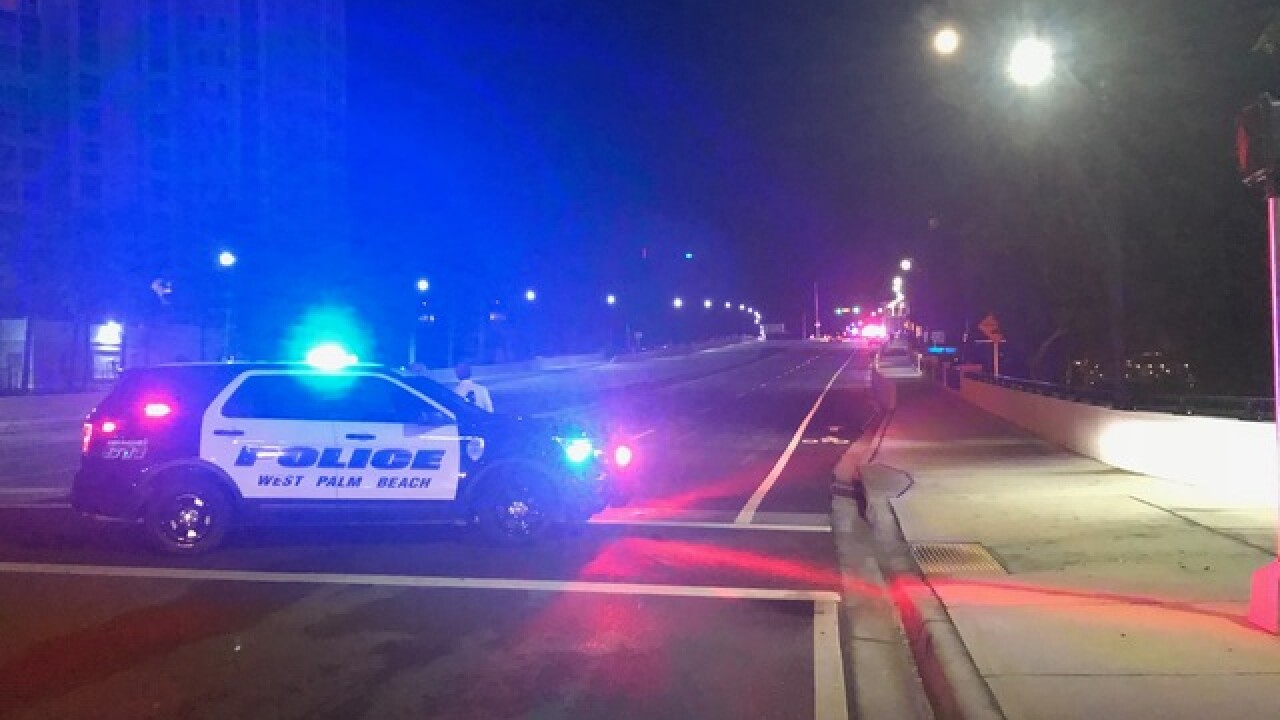 The West Palm Beach Police Department said they responded to the Flagler Memorial Bridge Tuesday night in reference to a man on the water side of the railing saying he was going to jump.

Sgt. David Lefont said the man was about 75 feet above the water line and directly over a platform and wooden pilings.

Officers said they established a rapport with the man through their U.S. Marine background, speaking to him for more than an hour.

Traffic on the bridge was closed and the waterway was shut down.

Crisis negotiators responded and assisted with negotiating with the man.

Lefont said the man ultimately came back over the railing and was transported to the VA for evaluation.