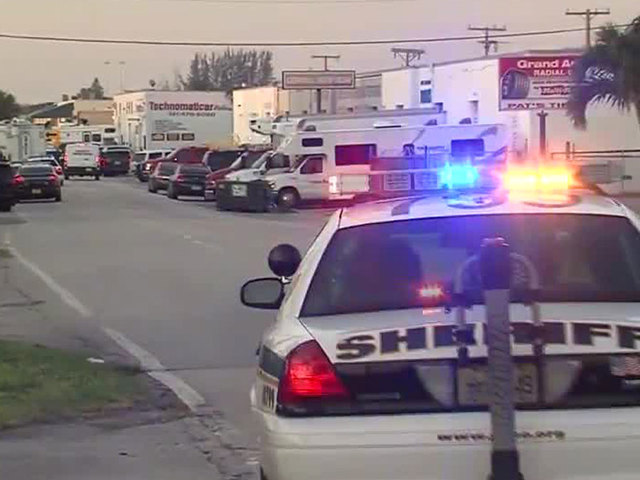 &lt;p&gt;PBSO said a neighborhood is no longer on lockdown near Church Street and Old Okeechobee Boulevard after a deputy was injured.&lt;/p&gt; 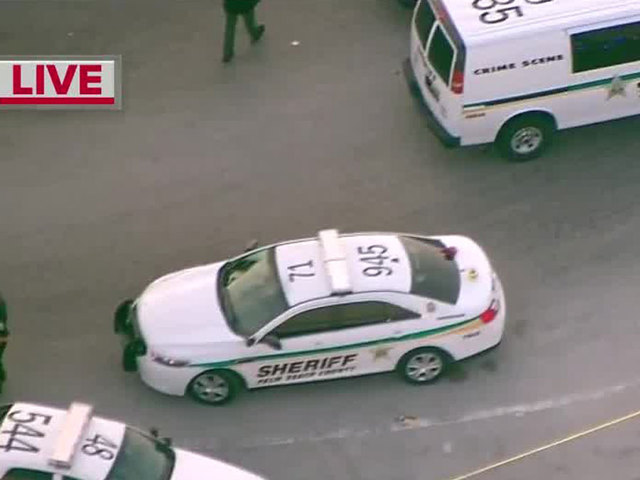 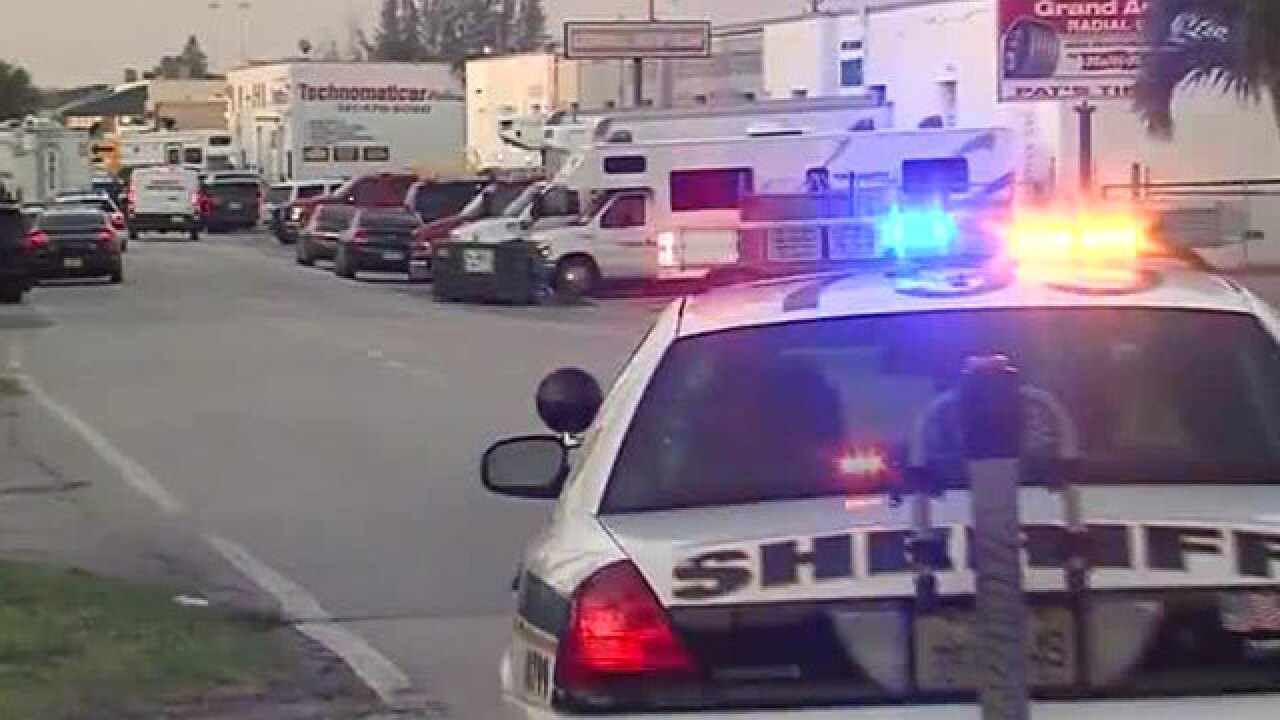 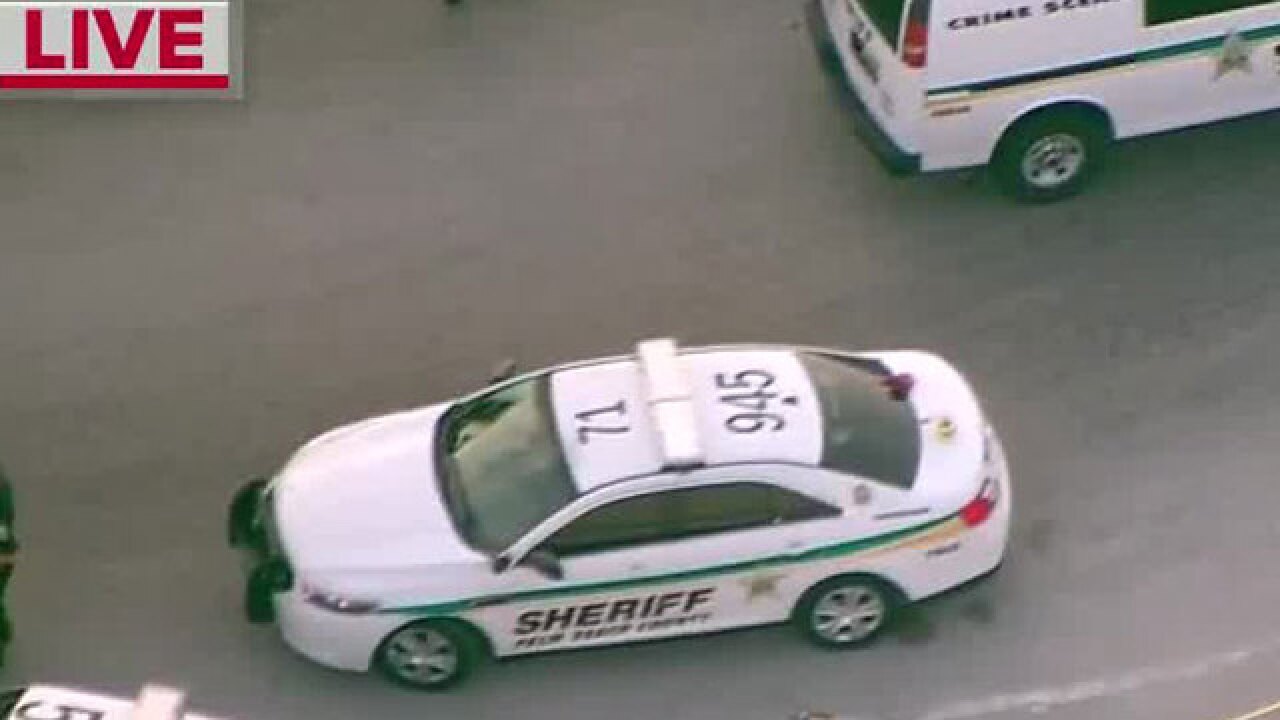 UPDATE: PBSO says the deputy involved shooting, in Jupiter, is related to the early morning robbery at Duggans Pub & Grill.

PBSO said they responded to an armed robbery at Duggans Pub & Grill located at Okeechobee Boulevard and Haverhill Road at 3:57 a.m.

PBSO initially said there was a reported robbery at Foster's Too bar, but those details were incorrect.

Deputies then became involved in a pursuit that ended when the suspects' vehicle crashed and flipped over at Church Street and Old Okeechobee Boulevard (picture of flipped car below).

PBSO said the suspects then started firing at deputies, who returned fire.

A deputy was taken to the hospital with minor injuries and later released. PBSO clarified an earlier statement that said the deputy was shot.

Just before 11 a.m., PBSO said the neighborhood is no longer on lockdown. However, law enforcement still had an area near Church Street and Old Okeechobee Boulevard roped off with crime tape.

No suspects are in custody.

Thankfully, the Deputy who was injured during the shooting has been released from the hospital with just minor injuries.

After a short pursuit the suspects crashed their vehicle and began shooting at our deputies. We are still searching the for the suspects. pic.twitter.com/TIfYGuDeiG

The suspects then started firing at our deputies and we returned fire. One deputy was injured with minor injuries while being shot at. https://t.co/hsgipFo1p9