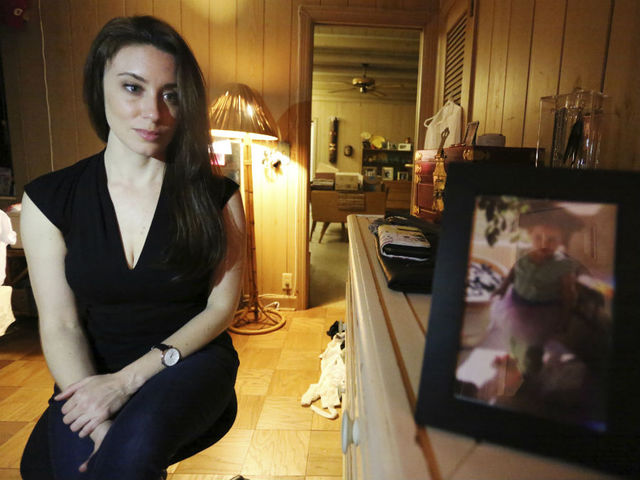 &lt;p&gt;Nearly nine years after her trial made world headlines, Casey Anthony spoke to a news media outlet about her daughter&amp;#39;s death or her years since the trial.&lt;/p&gt; 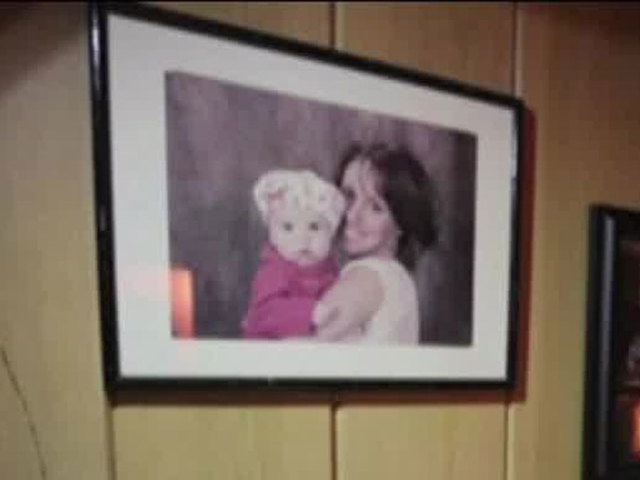 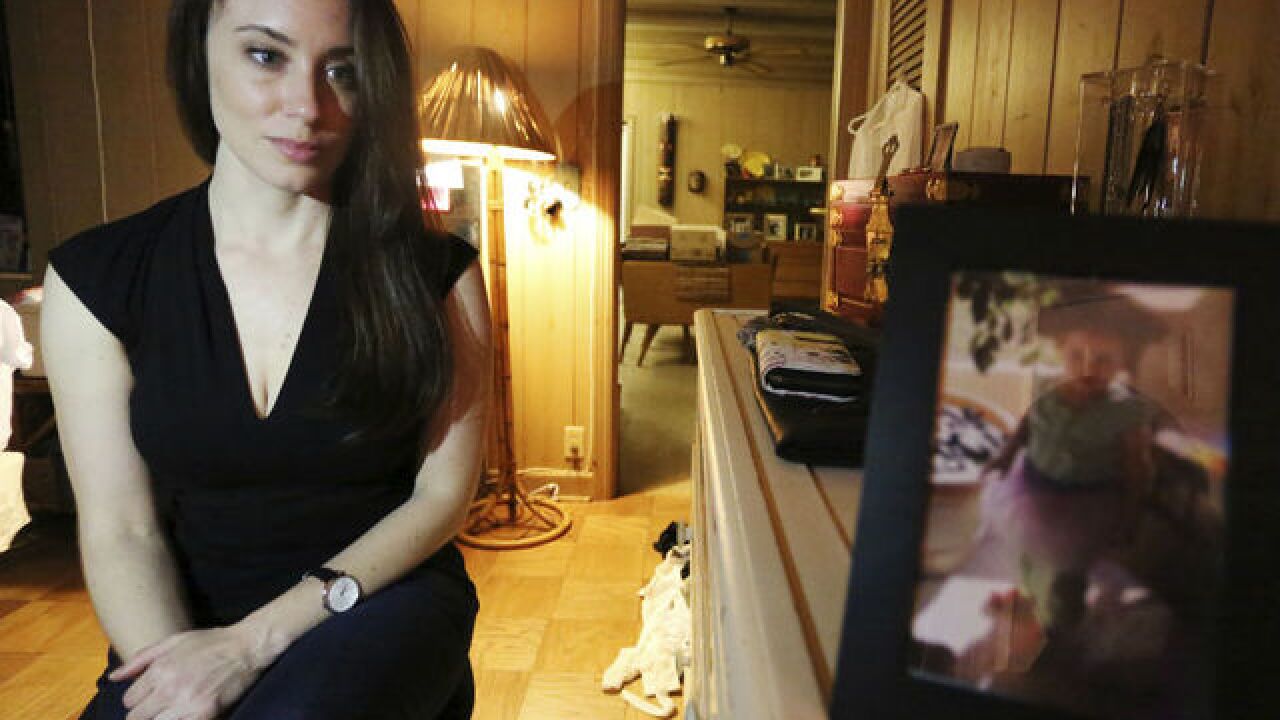 WEST PALM BEACH, Fla. (AP) -- Casey Anthony knows that much of the world believes she killed her 2-year-old daughter, despite her acquittal. But nearly nine years later, she insists she doesn't know how the last hours of Caylee's life unfolded.

"Caylee would be 12 right now. And would be a total badass," she told The Associated Press in one of a series of exclusive interviews. "I'd like to think she'd be listening to classic rock, playing sports" and putting up with no nonsense.

But discussing Caylee's last moments, the 30-year-old Anthony spoke in halting, sober tones: "I'm still not even certain as I stand here today about what happened," she said.

"Based off what was in the media" - the story of a woman who could not account for a month in which her child was missing, whose defense involved an accidental drowning for which there was no eyewitness testimony - "I understand the reasons people feel about me. I understand why people have the opinions that they do."

This was the first time Anthony spoke to a news media outlet about her daughter's death or her years since the trial. Her responses were at turns revealing, bizarre and often contradictory, and they ultimately raised more questions than answers about the case that has captivated the nation.

It's been almost nine years since Caylee went missing, and six since the circus-like Orlando trial that ended in her mother's acquittal. The trial was carried live on cable networks and was the focus of daily commentaries by HLN's Nancy Grace, who called her "the most hated mom in America," and, derisively, "tot mom."

Anthony views herself as something of an Alice in Wonderland, with the public as the Red Queen.

The child was supposedly last seen on June 16, 2008; she was first reported missing, by Casey Anthony's mother, on July 15. A day later, Casey Anthony was arrested on charges of child neglect. She told police that Caylee had disappeared with a baby sitter.

A utility worker working in a wooded area near the Anthony home on Dec. 11 found skeletal remains that were later determined to be Caylee's. Experts would testify that air samples indicated that decaying human remains had been present in Casey Anthony's trunk.

In the end, prosecutors proved Casey Anthony was a liar, but convinced the jury of little else. The government failed to establish how Caylee died, and they couldn't find her mother's DNA on the duct tape they said was used to suffocate her. After a trial of a month and a half, the jury took less than 11 hours to find Anthony not guilty of first-degree murder, aggravated manslaughter and aggravated child abuse.

Still, the Florida Department of Children and Families concluded that Anthony was responsible for her daughter's death because her "actions or the lack of actions ... ultimately resulted or contributed in the death of the child." And just this month, former Circuit Judge Belvin Perry Jr., who presided at the trial, theorized that Anthony may have killed Caylee accidentally when she was using chloroform to calm her.

She was convicted of four counts of lying to police (though two counts were later dropped), and served about three years in prison while awaiting trial. A thousand people were there to see her released.

She admits that she lied to police: about being employed at Universal Studios; about leaving Caylee with a baby-sitter; about telling two people, both of them imaginary, that Caylee was missing; about receiving a phone call from Caylee the day before she was reported missing.

"Even if I would've told them everything that I told to the psychologist, I hate to say this but I firmly believe I would have been in the same place. Because cops believe other cops. Cops tend to victimize the victims. I understand now ... I see why I was treated the way I was even had I been completely truthful."

She added: "Cops lie to people every day. I'm just one of the unfortunate idiots who admitted they lied."

"My dad was a cop, you can read into that what you want to."

At the trial, lead defense attorney Jose Baez suggested that the little girl drowned and that Casey Anthony's father, George, helped cover that up - and sexually abused his daughter. Her father has vehemently denied the accusations.

Anthony doesn't talk about her parents much, other than to say she was disappointed when they took money from television's Dr. Phil and appeared on his show. The host donated $600,000 to Caylee's Fund, a nonprofit started by Anthony's parents. At the time, he said George and Cindy Anthony would derive no income from the money. The nonprofit was later dissolved.

Asked about the drowning defense, Casey Anthony hesitated: "Everyone has their theories, I don't know. As I stand here today I can't tell you one way or another. The last time I saw my daughter I believed she was alive and was going to be OK, and that's what was told to me. "

Anthony lives in the South Florida home of Patrick McKenna, a private detective who was the lead investigator on her defense team. She also works for him, doing online social media searches and other investigative work. McKenna was also the lead investigator for OJ Simpson, when he was accused of killing his wife and acquitted; Anthony said she's become fascinated with the case, and there are "a lot of parallels" to her own circumstances.

"I can empathize with his situation," she said.

An Associated Press reporter met Anthony as she protested against President Donald Trump at a Palm Beach rally.

It's unclear why Anthony agreed to speak to the AP. She later texted the reporter, asking that the AP not run the story. Among other things, she cited the bankruptcy case in which she has been embroiled since 2013: "During the course of my bankruptcy, the rights to my story were purchased by a third party company for $25k to protect my interests. Without written authorization from the controlling members of this company, I am prohibited from speaking publicly about my case at any time."

In addition, she said she had violated a confidentiality agreement with her employer, and remains under subpoena and subject to deposition in her bankruptcy case.

Yet she had participated in five on-the-record interviews over a one-week period, many of them audiotaped.

She still dreads the supermarket checkout line for fear she'll see photos of her daughter on the cover of tabloid papers. Her bedroom walls are decorated with photos of Caylee and she weeps when she shows off her daughter's colorful, finger-painted artwork.

Still, she asserts she is happy. For her 31st birthday she plans to go skydiving. She enjoys taking photos, mostly of squirrels and other wildlife. And she loves her investigative work.

"I love the fact that I have a unique perspective and I get a chance to do for other people what so many others have done for me," she said. Someday, she said, she'd like to get a private investigator's license and work for a defense team.

She talks of working on a DUI manslaughter case where the accused took a plea deal.

"I look at him and I think this kid almost lost his life for something they can't definitively prove that he did," she said. "I've lived it firsthand. I didn't do what I was accused of but I fought for three years. Not just for me, but for my daughter."

Occasionally she goes out with friends to area bars and has struck up a few short-lived romantic relationships. When she's out in public, men are attracted to her long, dark locks and petite frame, and often pay for her signature drinks: either a Fat Tire beer or a Jack Daniels and diet coke, with a lime wedge. But news that she is there spreads quickly; people whisper and snap photos, and she retreats to her newly purchased SUV so she can return home, alone.

"I don't give a s--- about what anyone thinks about me, I never will," she said. "I'm OK with myself, I sleep pretty good at night."