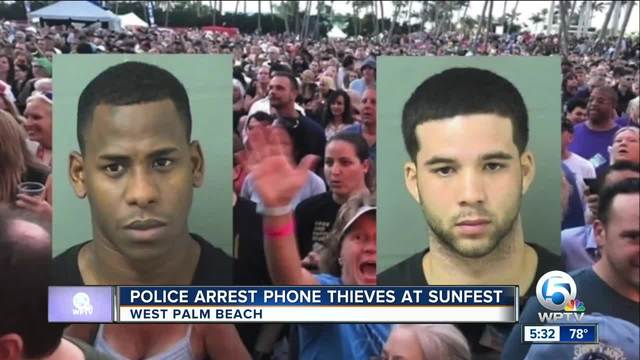 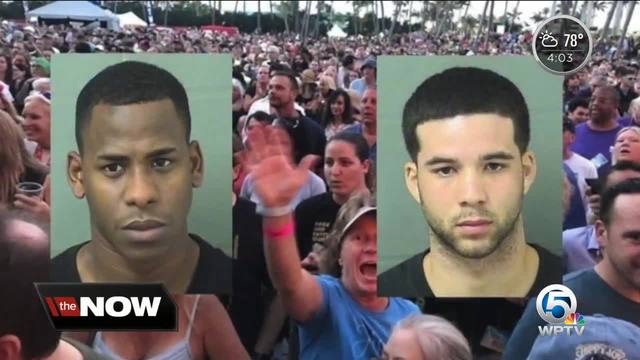 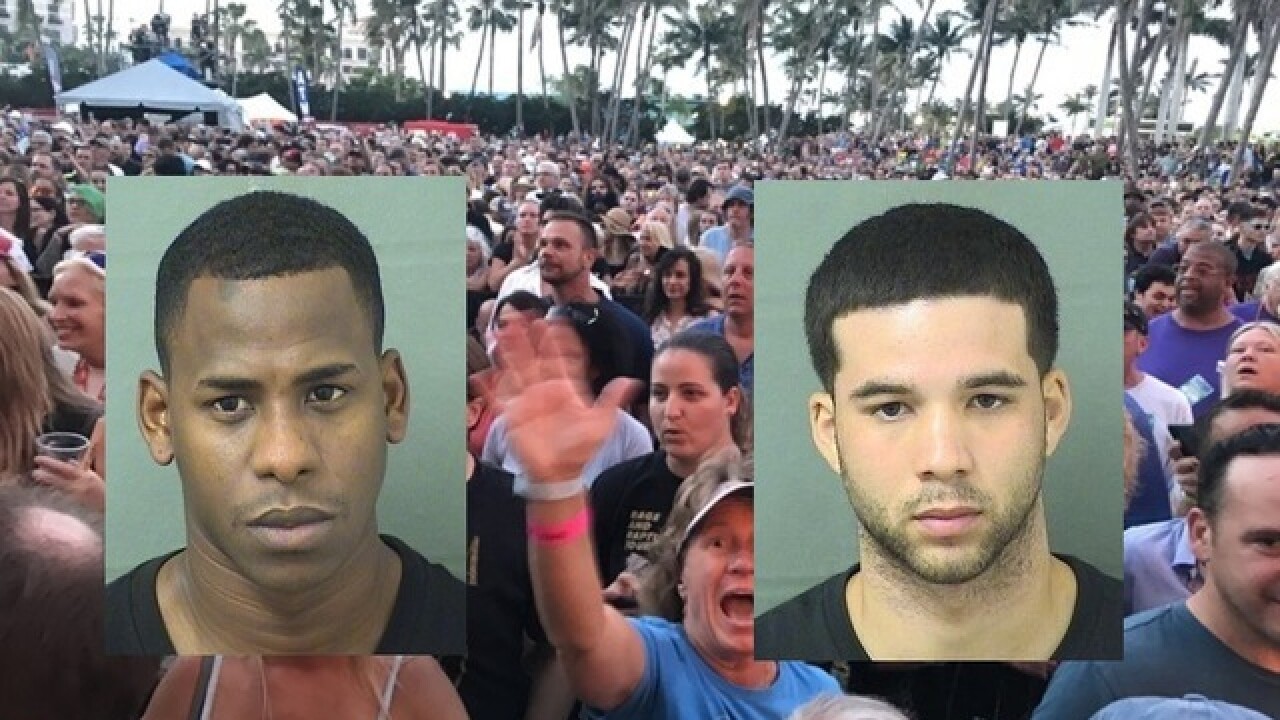 Officers at SunFest arrested Reinoso-Martinez and he was booked into the Palm Beach County Jail on charges of robbery, grand theft, resisting an officer and evidence destroying. Police said he tried throwing a cellphone into the intracoastal waters.

In another incident, police said they were told about a second person stealing several phones.

When police approached the suspect, identified as Gian Arevalo of Miami, they said he ran from the scene. Officers caught Arevalo after a short chase.

Police believe the men may have been working together.

"This is where they do their business," said Capt. Troy Marchese. "It seems that there's some rings that go around, especially to outdoor fests where there's large crowds."

Police did not give an exact number of the cellphones they recovered but said it was between 10 and 15.

Both suspects had four-day SunFest passes and police believe the men may have been trying to continue their robbery spree throughout the weekend.

Police said they will be trying to contact victims to identify their phones.

West Palm Beach police are reminding people to keep valuable belongings such as cellphones secure in a front pants/shorts pocket.

Last year, a man was arrested and charged with stealing more than 100 cellphones from SunFest. Marchese added that what happened last night is a good example of good police work and citizens coming forward with information.

"We got a really good description, we had our surveillance teams deployed throughout SunFest," he said. "We learned our lessons from last year, we put together a plan this year and it seems to work really good on the first night."