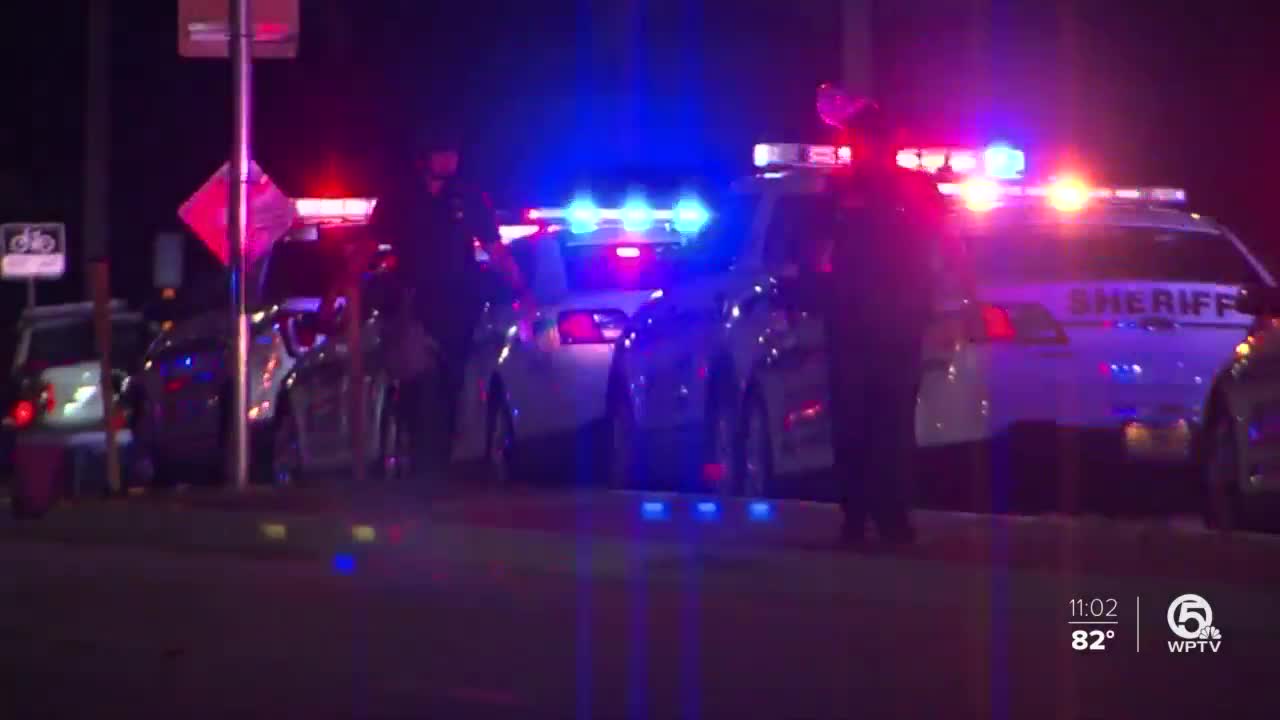 PBSO negotiated the terms the protesters would take on their way west on Forest Hill Blvd. to Highway 441. However, the protest did not go as planned.

Officers in riot gear squared off with protesters into the overnight hours in Wellington.

It began as a peaceful rally for Black Lives Matter in Okeeheelee Park in West Palm Beach on Saturday.

The goal was to keep the participants and the public safe on their way west on Forest Hill Boulevard heading to Highway 441.

In a Facebook live video, exclusively captured by WPTV NewsChannel 5, PBSO agreed the organizers could use the sidewalk to travel to the major intersection in Wellington.

However, participants soon discovered there are no sidewalks along Forest Hill Boulevard. That's when rally leaders moved the event into the right lane of the street.

PBSO said, "They tried to enter the roadway after they left Okeeheelee Park." PBSO expressed concerns about protesters being injured by traffic and public safety.

The @PBCountySheriff is blocking and directing traffic at Okeeheelee Park on Forest Hill Blvd. They are keeping cars away from protesters. @WPTV @FOX29WFLX pic.twitter.com/ENCdUlYnlS

PBSO said, "The protesters failed to comply with several orders to stay out of the roadway." That's when the tension appeared to begin.

Our partners at The Palm Beach Post reported that as the protesters reached the Olympia neighborhood they were greeted by officers in riot gear.

The standoff lasted for hours and created traffic closures in the area.

PBSO and protesters cleared the scene after midnight and traffic began moving as usual in the area.