“I know my life changed dramatically” 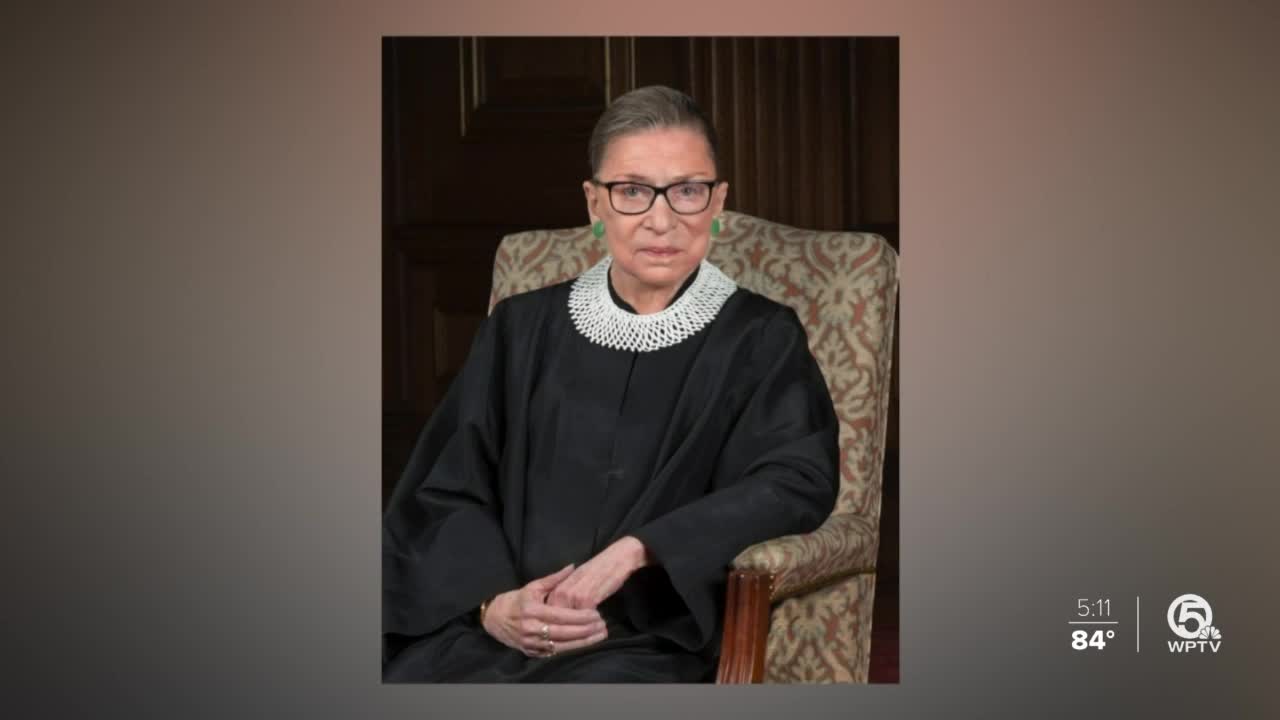 This week there have been various shows of solidarity to honor the liberal justice.

Associate Justice Ruth Bader Ginsburg will lie in repose at the Supreme Court of the United States on Wednesday and Thursday.

A private interment service will be held next week at Arlington National Cemetery.

“She was a powerhouse,” said Sheila Jaffe.

Sheila Jaffe has been an active member of Palm Beach County NOW for decades after moving to South Florida nearly 40 years ago.

Jaffe was inspired by Justice Ginsburg’s steadfast commitment to break down gender barriers.

“All of us have benefitted from the work that she did and how she gets others to join in,” said Jaffe. “I know my life changed dramatically.”

Ginsburg promoted equality throughout her life and became a role model to multiple generations of Americans.

She was the second woman appointed to the high court and served for more than 27 years.

Justice Ginsburg’s legacy will be shaped by the value of independence, a good education and making a difference.

My mom said ‘Why are you going to go to college? You’re just going to get married anyway’. We used to hear that a lot,” Jaffee said. “I went to college and it took me 12 years to finish, but I got my degree. It was at a very important time because I became a single mother.”

Justice Ginsburg’s petite stance did not hinder her resounding voice when fighting against gender discrimination in the workplace.

Justice Ginsburg also garnered a tremendous amount of respect from her colleagues from both sides of the political aisle.

“I hope many Americans look to her accomplishments not only with a sense of satisfaction, but also with ambition,” said Kevin Wagner, a political science professor at Florida Atlantic University.

Her colleagues on the US Supreme Court remember the liberal justice as a ‘champion of justice’.

Associate Justice Ruth Bader Ginsburg died Friday evening surrounded by her family at her home in Washington, D.C., due to complications of metastatic pancreas cancer.