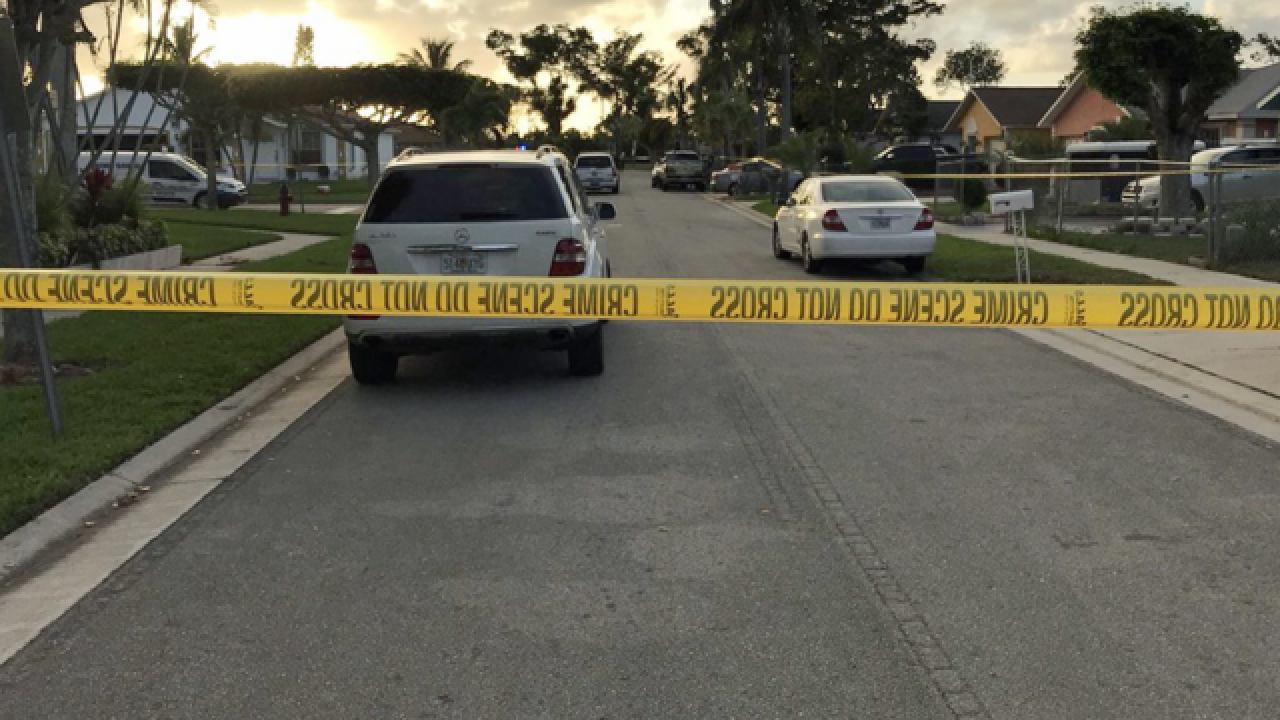 Police believe both shootings are related.

The first happened on West 23rd Street. Police said one man was shot and driven to a local hospital by private vehicle.

About 30 minutes later, police said a second shooting occured at a house on West 28th Street.

Police said someone in a black Nissan, also linked to the first shooting, pulled up to a home and got out of the car. Then, police said that person shot a man sitting in his car, killing him. Two people inside the garage were also shot.

They were both driven to the hospital by private vehicle, one with serious injuries and the other with minor injuries.

Riviera Beach Police Department spokeswoman Rose Anne Brown said police believe they know the motive for the shooting, but she could not release all of those details Friday evening. "It appears to be related to some disputes between groups of folks and unfortunately, they decided to settle their disputes with gunfire."

Police have not released victim identities or any possible suspect information.