Residents urged to weigh in on State Road 7 extension 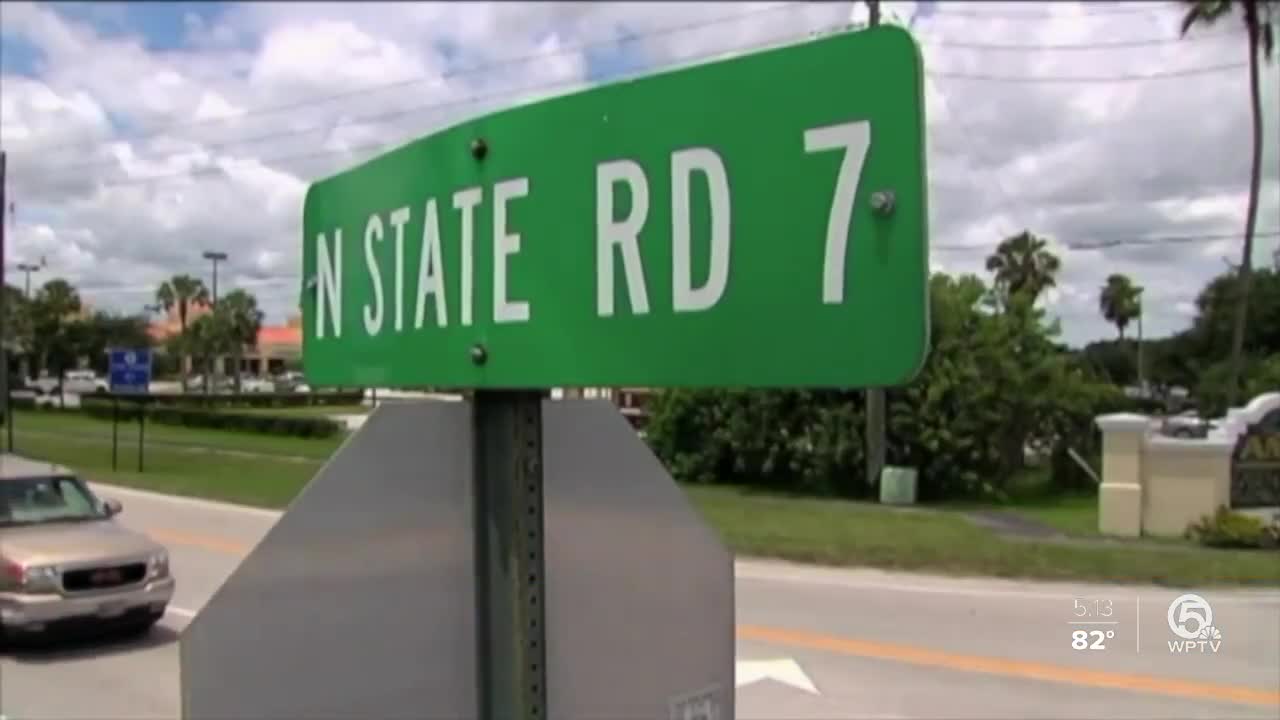 Several, communities are concerned about traffick delays, homes under construction and talks about a State Road 7 extension at Northlake Blvd.

PALM BEACH COUNTY, Fla. — Marcia Murray and her husband live in The Acreage. They say traffic is bumper to bumper many days on Northlake Boulevard.

Marcia said, "My job is 25 minutes away and it took me last Thursday took me an hour and 15 minutes."

They are hoping State Road 7 is extended from 60th Street to Northlake Boulevard. They believe it could help ease some of the traffic flow.

Her husband Chris said, "My wife tries to get into that traffic and you have to take a chance and a gamble."

"I was working for Senator Nelson's office back in 2009 when we first started receiving phone calls either in favor or opposition to this road project," said McKinlay.

It's 2020 and the project will be at the center of discussion at a Palm Beach Transportation Agency meeting this Thursday, Feb. 20. Commissioner McKinlay will be there.

"In the long run putting this road project in is the right thing to do," said McKinlay.

Also in attendance will be the mayor of West Palm Beach, Keith James who says the project would affect the environment.

For residents who can't attend Thursday's meeting, they can voice their concerns online until midnight Feb. 18 by CLICKING HERE.

Commissioner McKinlay says it's important for the community to speak out.

Here are details of the meeting: