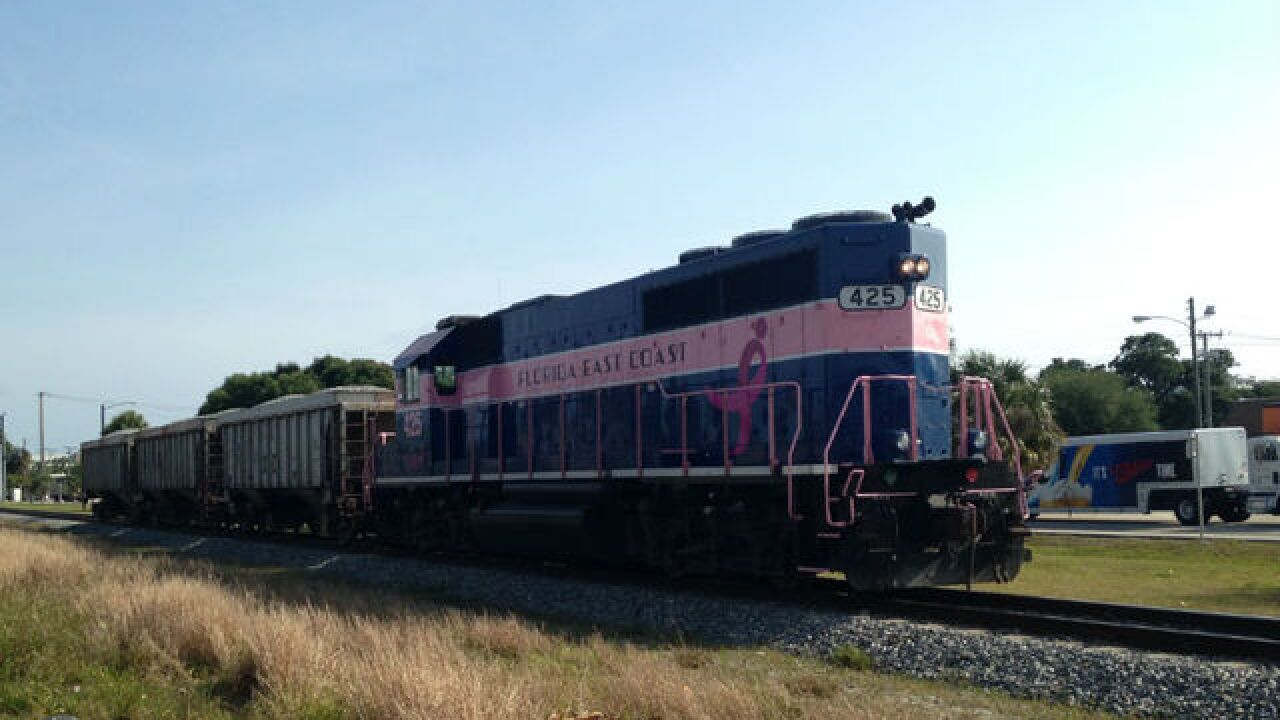 The direction the train was going wasn't known by a Palm Beach County Fire Rescue spokeswoman.