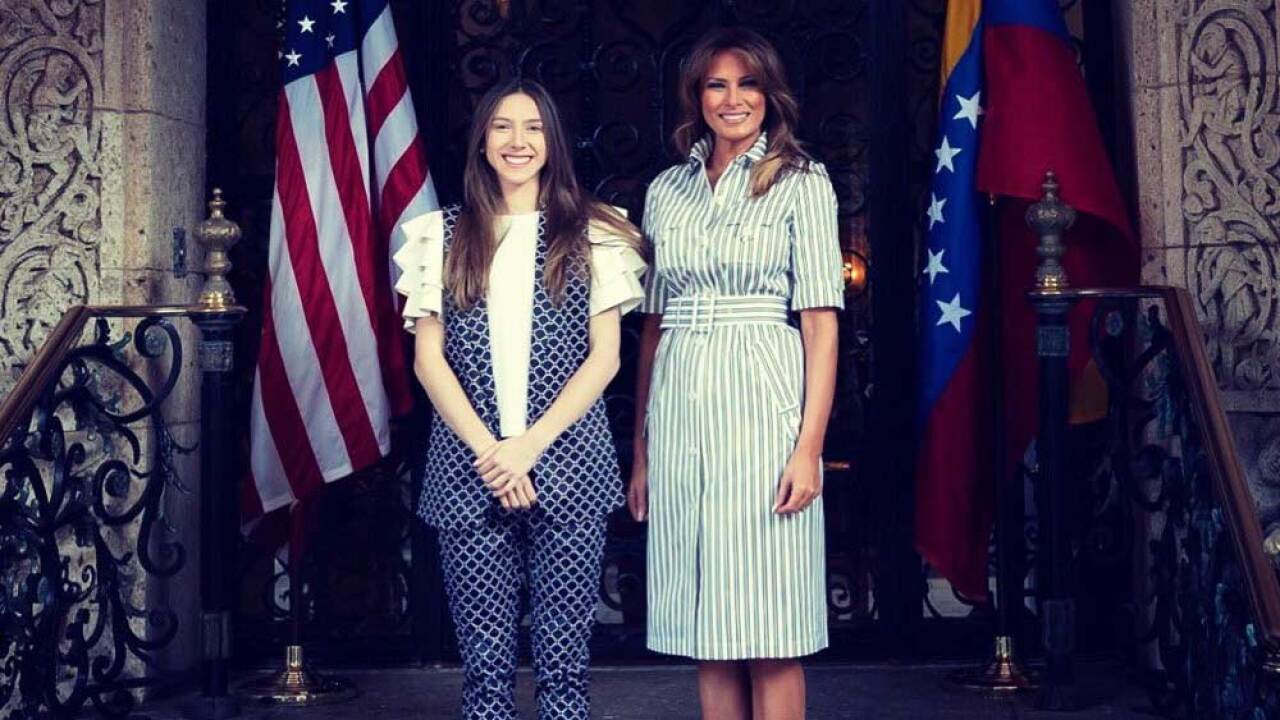 Melania Trump says after a Thursday meeting in Palm Beach with the wife of Venezuela's opposition leader that freedom is the greatest gift that can be given to children.

The White House says Mrs. Trump expressed concern for Venezuelans, including children, who are suffering amid the political and economic crisis roiling the country, causing sharp declines in basic goods and services like electricity. She also reaffirmed the Trump administration's commitment to new leadership in Venezuela.

President Donald Trump and the leaders of dozens of countries recognize Juan Guaido, Rosales' husband, as Venezuela's legitimate president. They have been increasing pressure on President Nicolas Maduro to step down on grounds that his election was illegitimate.

Maduro has refused to give up power.

An inspiring meeting with @FabiiRosales as she shared her passionate ideas and plans to restore democracy and to care for the children of Venezuela. We stand with you & Pres @Jguaido. pic.twitter.com/4Oj5bHCqHk