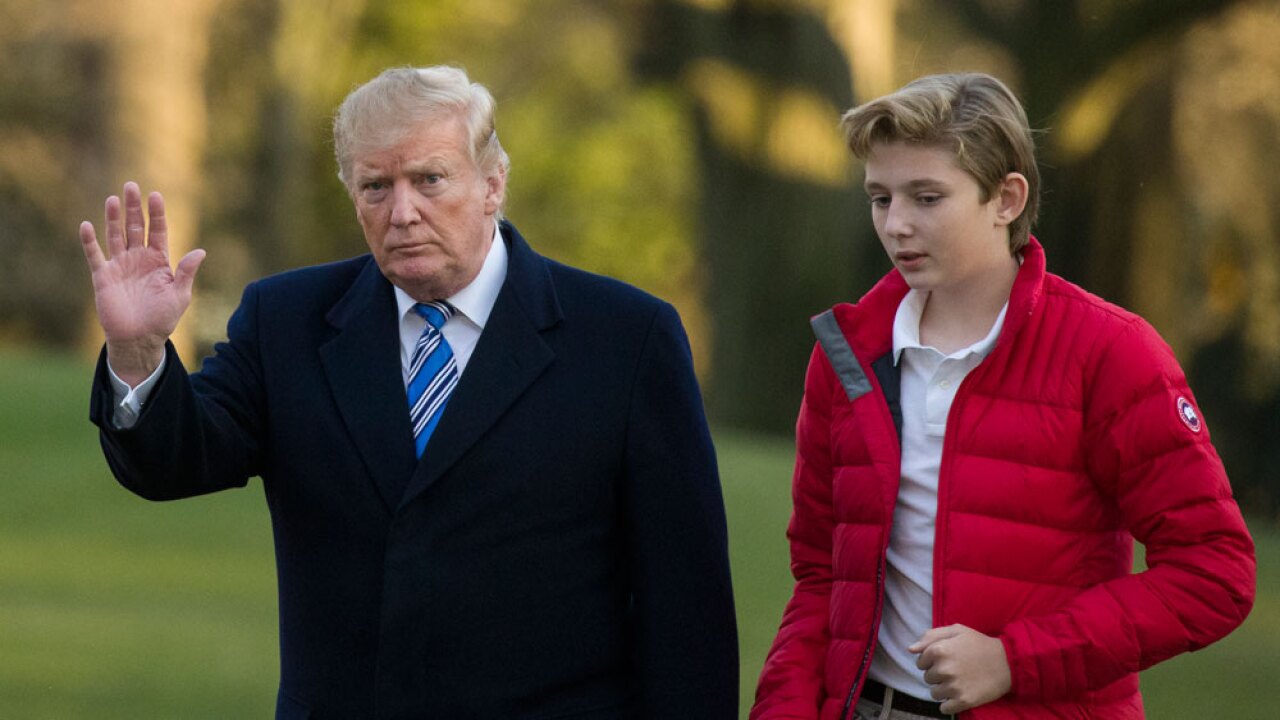 Associated Press
AP Photo/Alex Brandon
President Donald Trump, accompanied by his son Barron Trump, walks on the South Lawn after stepping off Marine One at the White House, Sunday, March 10, 2019, in Washington.

Barron and his mother, Melania Trump, are keeping to tradition and spending the break at their Palm Beach home.

The Republican president was in Washington with plans for a trip to Ohio later Wednesday.

There's no word on plans for a birthday celebration for Barron, whose full name is Barron William Trump. But the first lady tweeted a photo of a gold-tone Mylar balloon in the shape of "13" and a caption that said "Happy Birthday BWT" followed by three hearts.