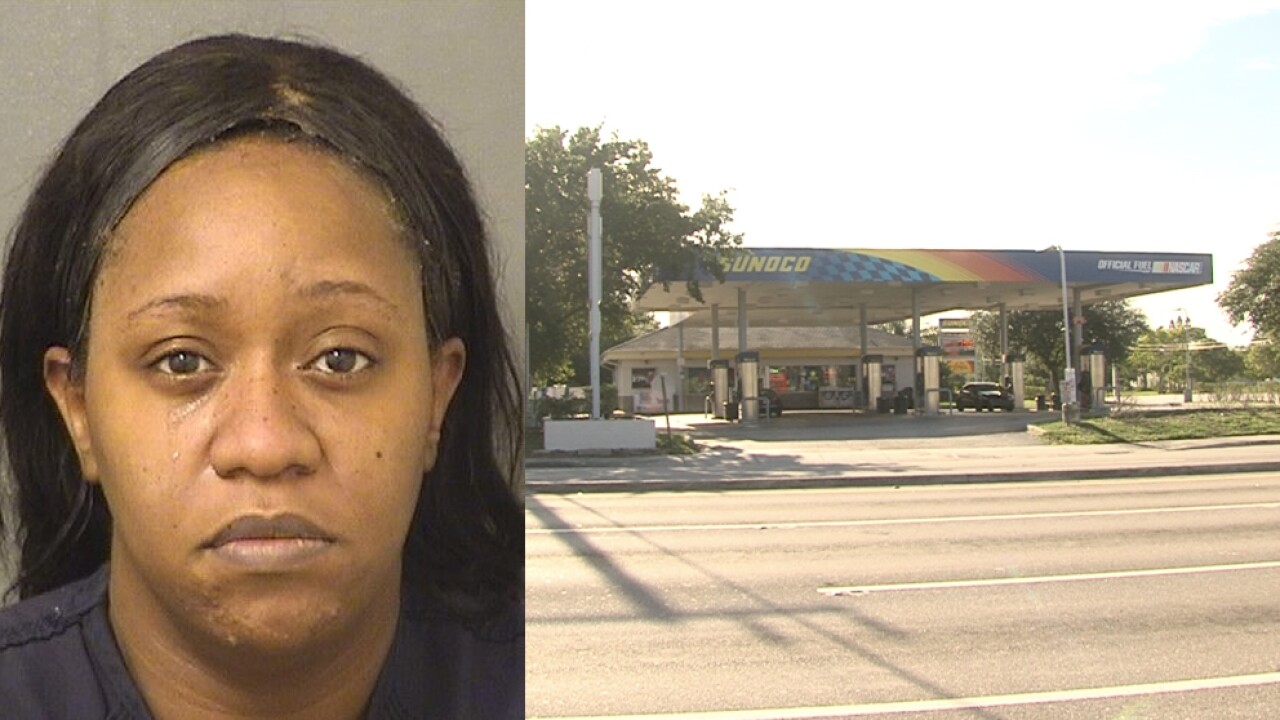 Palm Beach County Sheriff's Office spokeswoman Teri Barbera said Latisha Smith was arrested Tuesday on charges of second-degree murder and being a felon in possession of a firearm.

Deputies said Smith shot and killed Jonathan Coleus, 29, of Loxahatchee, in the parking lot of the Sunoco on 45th Street.

According to an arrest report, surveillance video showed Coleus sitting in the driver's seat of a van when a Volkswagen Passat stopped in front of the van and blocked it from leaving.

Detectives said Coleus was shot during a struggle for the gun.

Investigators said Smith and another woman in the front passenger seat then fled.

During an interview with detectives, Smith said Coleus was "taking the money her mother left for her after her mother's death."

Smith was booked into jail and being held without bond.