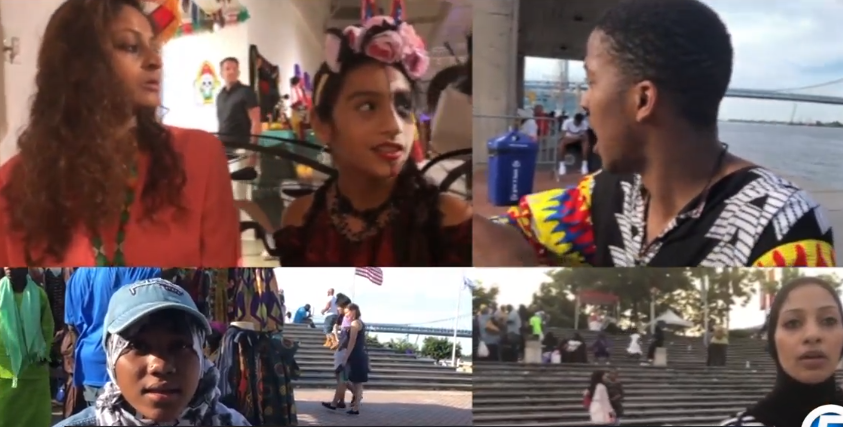 A teacher at John I. Leonard High School in Greenacres has a big lesson for students that extends far beyond standardized tests and essays. She's offering a lesson in diversity and understanding those who appear to be different.

GREENACRES, Fla. — A teacher at John I. Leonard High School in Greenacres has a big lesson for students that extends far beyond standardized tests and essays. She's offering a lesson in diversity and understanding those who appear to be different.

“We have more in common than different," said Xahej Bajipura, better known to her students as Miss Xi.

When Xi started teaching in Florida after moving from San Francisco, she noticed firsthand a need for an education in other cultures.

"I was pretty much an easy target, so a lot of them made comments about my skin color, my religion, what they thought was my religion," she said.

She realized many of those students likely hadn't been exposed to other kinds of people.

"Which is why they can say those things about people because they don’t actually know someone," she said.

Xi decided to record interviews with young people of various backgrounds and post them to social media, the beginnings of her non-profit Show and Heal. She has recorded interviews with Muslims, members of the LGBTQ community, Sikhs, Latinos and others willing to share their customs and answer questions to help other young people understand them.

"They’re learning about things that they never would’ve explored themselves," she said.

“Xi and Show and Heal and the students that became involved with it, it helped me a lot," said Viviana Zelaya, a senior. "It helped me figure out how to contain the anger.”

"Show and Heal’s mission is to make every child feel accepted, loved, and included, and wanted," Xi said.