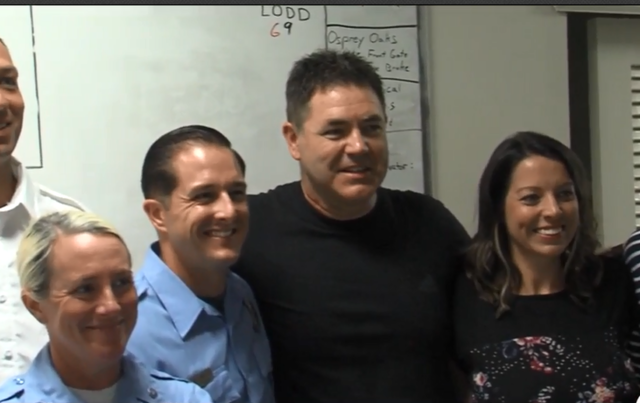 An emotional reunion between first responders, a father who suffered a heart attack and his children that likely saved his life 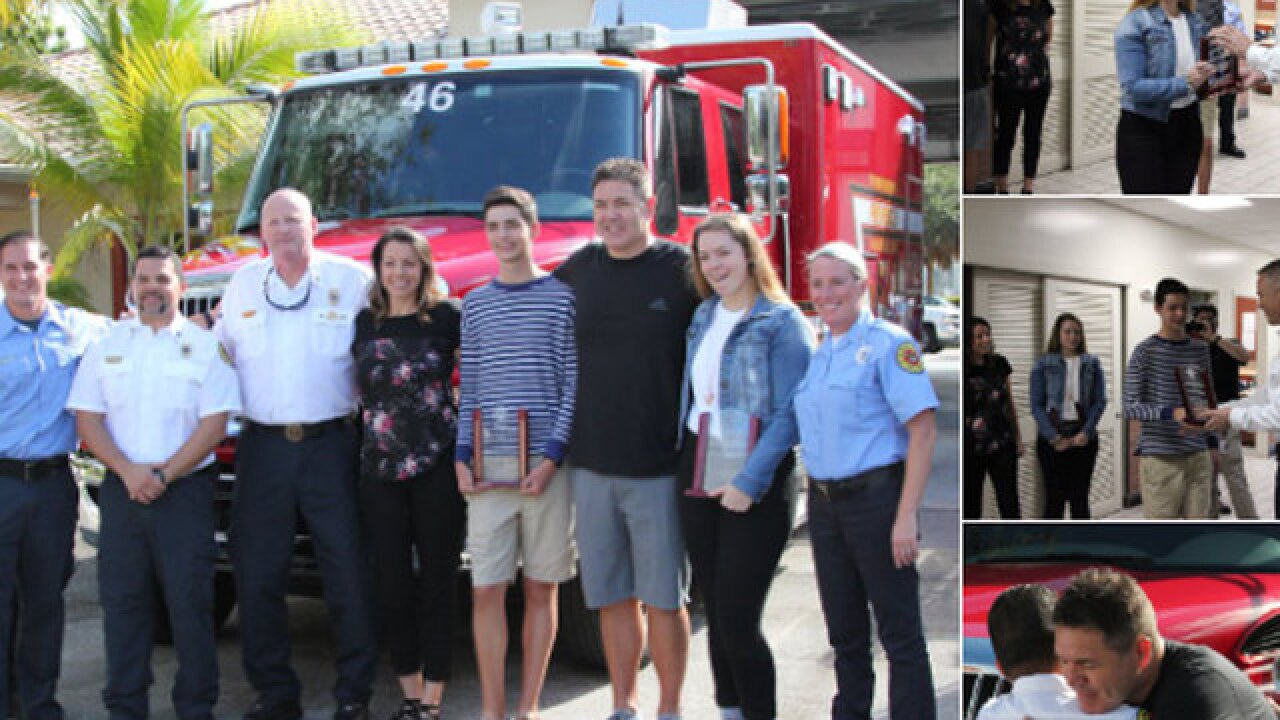 An emotional reunion was held Monday for first responders, a father who suffered cardiac arrest and his children who likely saved his life.

County Fire Rescue said his two children, Madison and Caleb, jumped into action as soon as they knew something was wrong to save their dad.

“Maddie, my daughter, turned me over on my back. My son, who got certified with CPR in middle school at Loggers Run, just went to work and told his mom, 'I got this,'" said Taylor.

He is now doing well after spending nearly a month in the hospital to recuperate.

Both Madison and Caleb were awarded Palm Beach County Fire Rescue’s "Life Saving" Award at Station 46 off Jog Road in suburban Lake Worth.

An Emotional Reunion was held this morning between #Station46 crews and a Cardiac Arrest Survivor. CPR administered by his children helped this Dad survive. @PBCFR Awarded both Children a "Life Saving" Award. pic.twitter.com/tPwZ1tp1m6