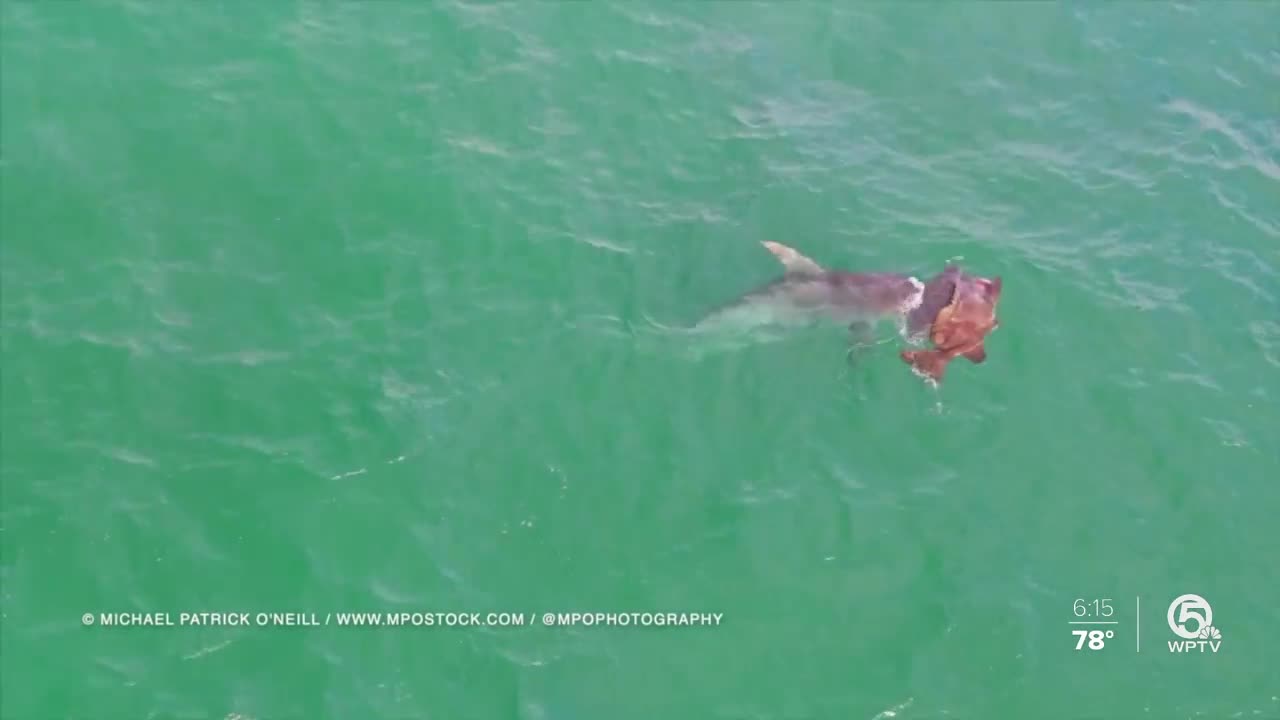 A Palm Beach Gardens wildlife photographer captured a stunning sight off the coast of Singer Island over the weekend: a hammerhead shark attacking a massive goliath grouper. 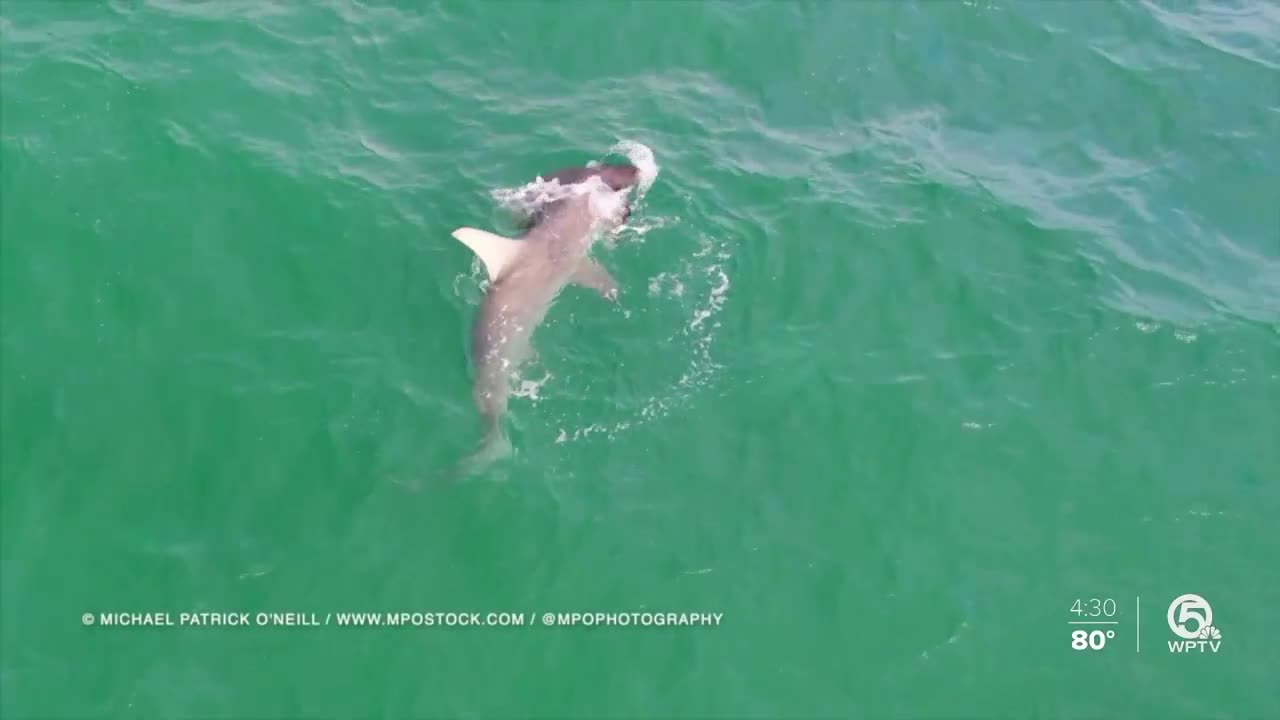 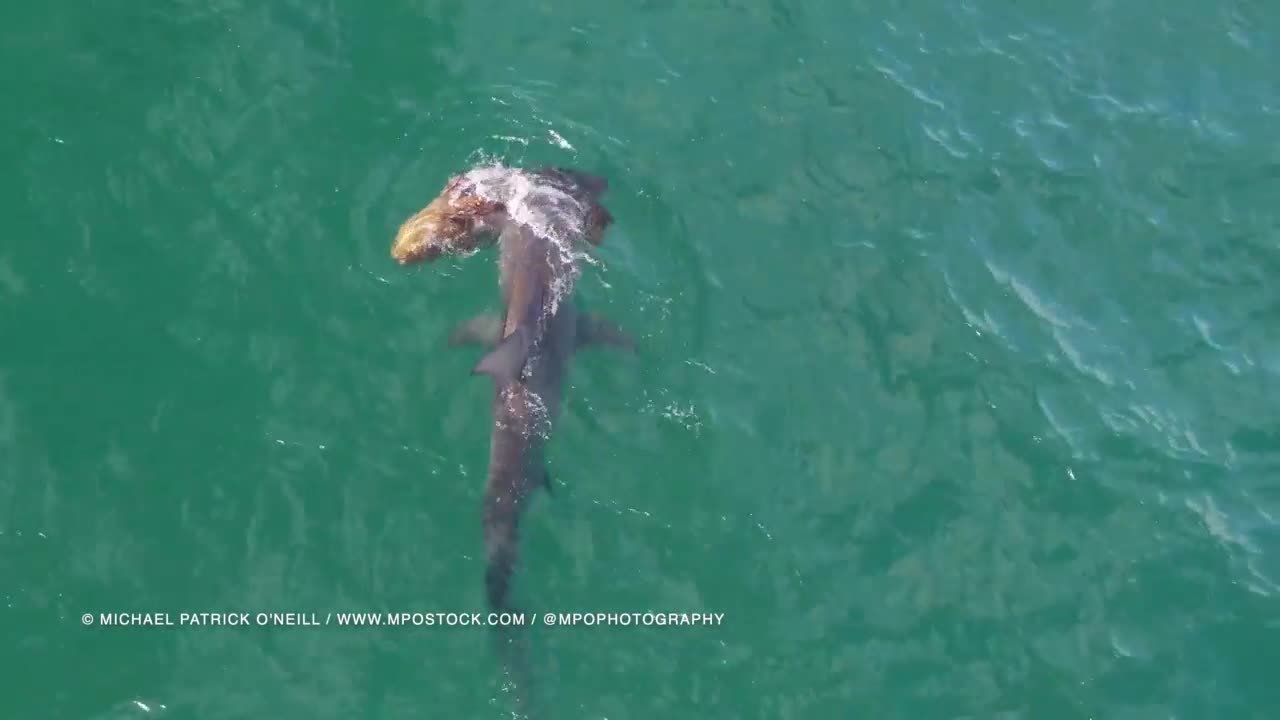 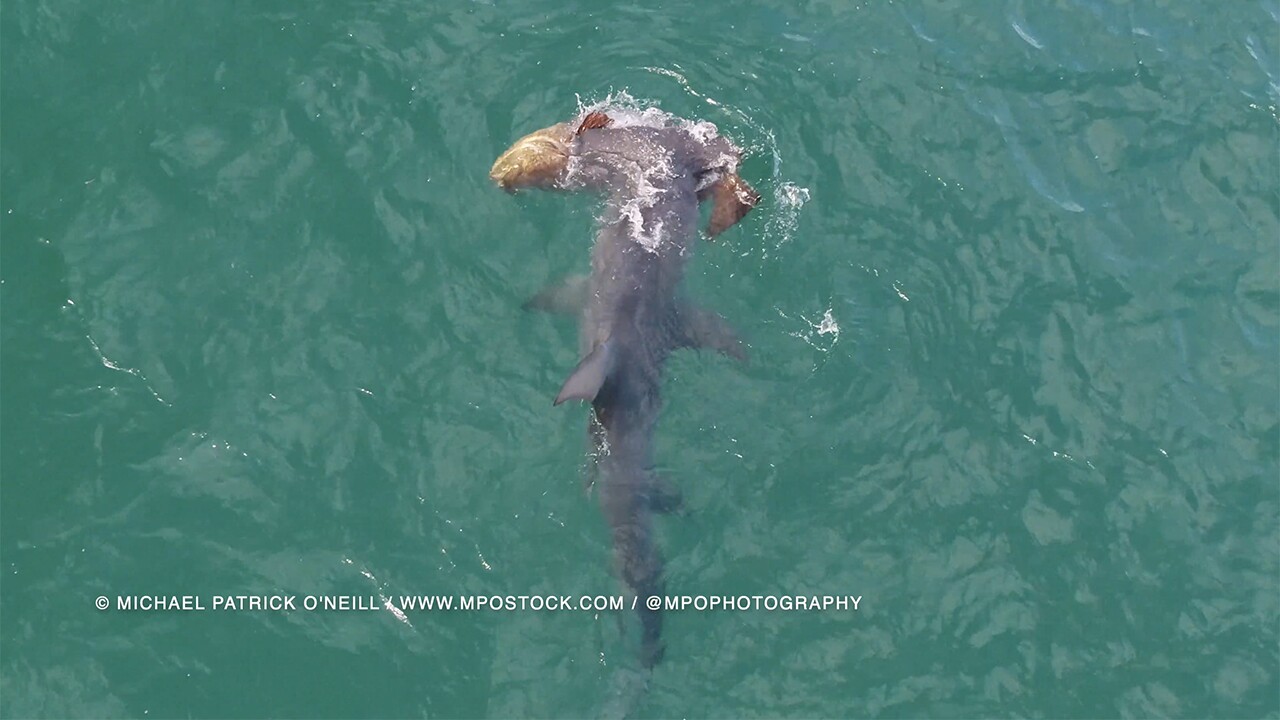 RIVIERA BEACH, Fla. — A Palm Beach Gardens wildlife photographer captured a stunning sight off the coast of Singer Island over the weekend: a hammerhead shark attacking a massive goliath grouper.

Along the way, he spotted an impressive hammerhead shark, which feeds on smaller sharks like the blacktip.

"I had a hunch something cool was going to happen," said O’Neill.

And something sure did!

O’Neill said the hammerhead suddenly broke away from the blacktips and made a beeline for a goliath grouper that was alive and floating on the surface of the water.

"I saw him zeroing in on the grouper," said O’Neill.

O’Neill said the grouper, which he estimated to be 200 to 300 pounds, is a fish that normally lives on the ocean floor.

However, O’Neill said the grouper was likely caught by fishermen, who brought the fish up to the surface too quickly. When that happens, gases in the grouper's stomach expand, causing it to bloat and float on the surface of the water, making it an easy meal for predators.

"Responsible anglers have a duty to vent the fish, and by venting it I mean poling a hoke with sharp object to allow gas in its belly to escape, and that allows the grouper to swim back down," said O’Neill. "If you don’t get rid of that gas, the fish is paralyzed on the surface."

And that's exactly what happened.

O’Neill said the hammerhead continually and relentlessly attacked the grouper, eventually killing it.

However, because of the shark's small mouth and the tough texture of the grouper's skin, the hammerhead was unable to eat it.

"What that shark really needed was help from another shark," said O’Neill. "The hammerhead was having a hard time."

O’Neill said he recorded the attack for roughly 30 minutes.

"I don’t think there’s anything like it," said O’Neill.

The skilled photographer said the video should serve as a lesson to fishermen to properly vent a goliath grouper if you catch one.

And remember, the goliath grouper is a protected species in Florida, so it must be released back into the water after you catch it.