'One in a million' yellow northern cardinal spotted in Port St. Lucie neighborhood

A Port St. Lucie woman was in the right place at the right time to capture incredible photos of an extremely rare yellow northern cardinal. 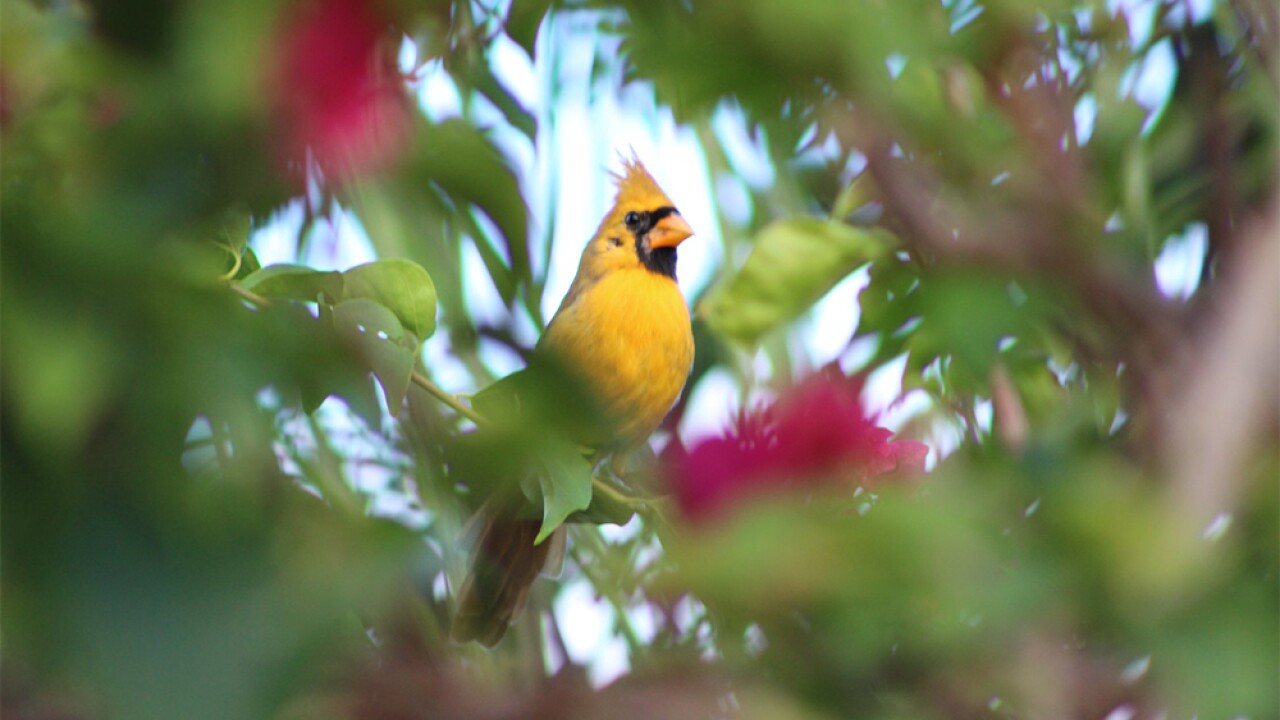 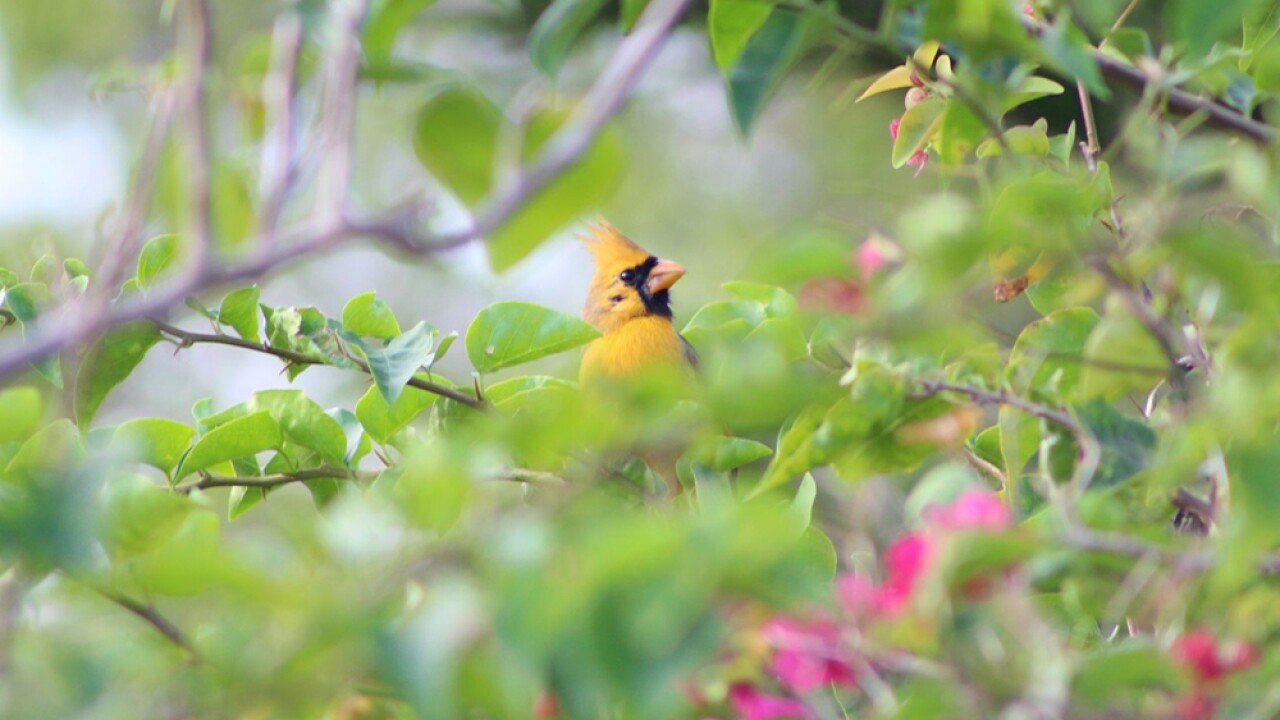 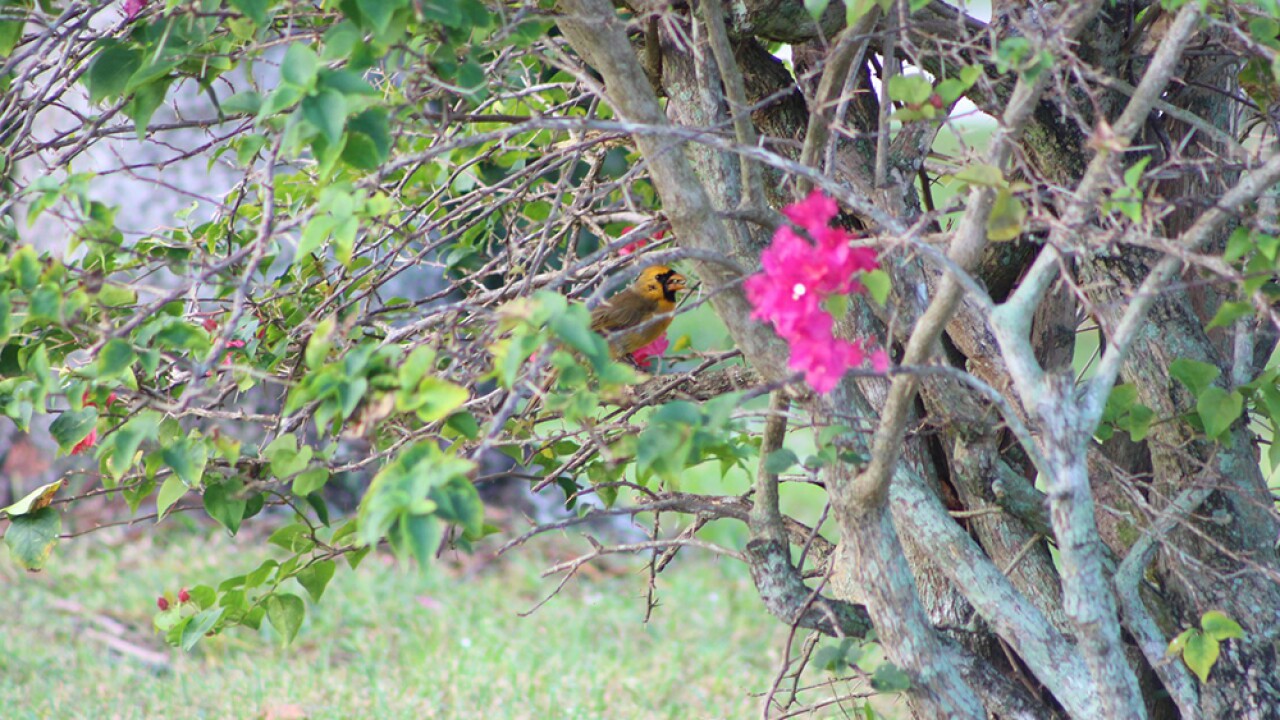 Photography is one of Tracy Workmans loves, but this art, drama and photography teacher recently managed to combine those passion in a single picture.

“I went out with my camera and followed him into the neighbors yard and took a few shots of him before he flew away," said Workman.

But the bird, which she named Sunny, returned again, as recently as Monday night.

“He’s been coming back to my house so I’ve been able to stake him out a little now," said Workman.

She changed her bird feeder and set up a Facebook page.

“I’m going to try to keep capturing images and video and posting it there,” said Workman.

Audubon of Martin County President John Nelson says a yellow cardinal has a genetic mutation that affects its plumage.

“Instead of being red it’s yellow. Kind of like albinoism in humans," said Nelson, who added there are only about three yellow cardinal sightings a year.

“To see a yellow cardinal, you can put that on your life list and if you do that you’re in pretty rarified air," said Nelson.

Nelson adds cardinals are non-migratory, so maybe Sunny will stick around for a while, and allow himself more pictures for Workman, and anyone else.

“God is the master artist here, and I’m just a kid with the camera," said Workman.

According to a report in National Geographic, a yellow northern cardinal has a "one in a million" genetic mutation that turns its red feathers yellow, said Geoffrey Hill, a bird curator at Auburn University.

The National Audubon Society said the northern cardinal is "abundant in the Southeast, it has been extending its range northward for decades, and it now brightens winter days with its color and its whistled song as far north as southeastern Canada."

'One in a million' yellow northern cardinal spotted in Port St. Lucie neighborhood
Copyright 2019 Scripps Media, Inc. All rights reserved. This material may not be published, broadcast, rewritten, or redistributed.