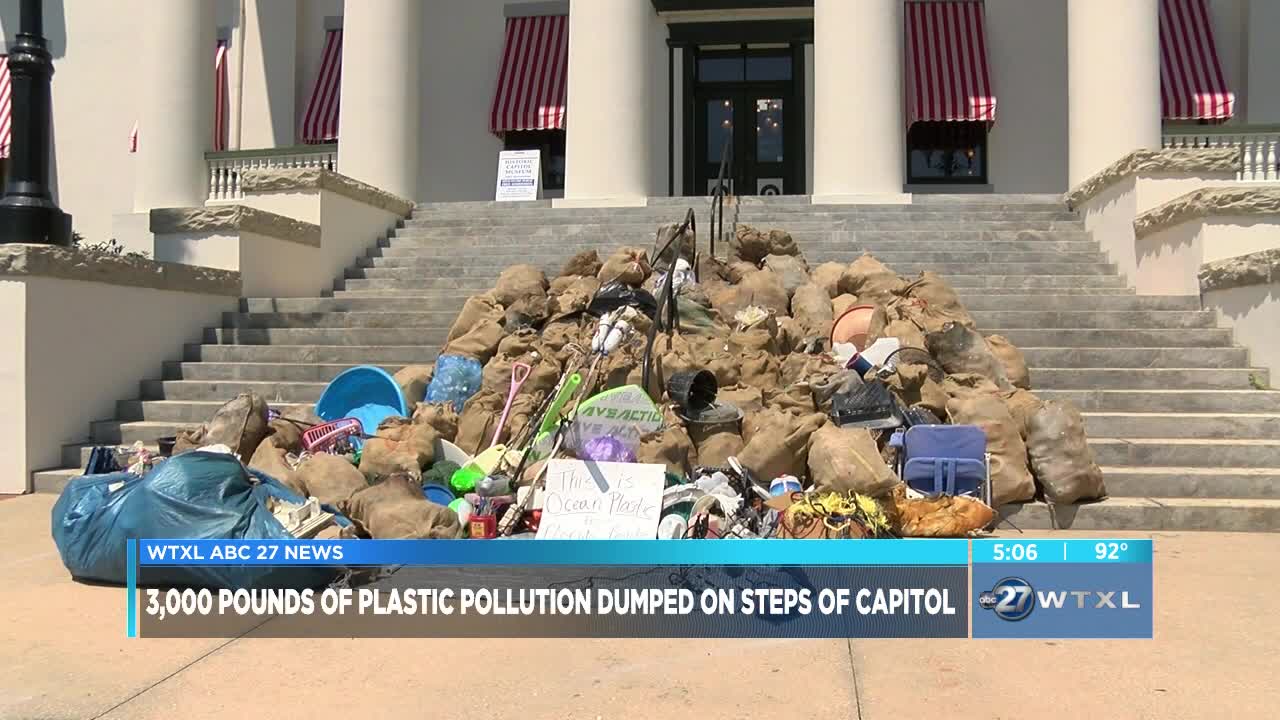 Almost 3,000 pounds of plastic pollution were dumped on the steps of the historic Capitol building in downtown Tallahassee.

A Florida non-profit is trying to make a point to Florida legislators that they need to take a stance on single-use plastic.

The trash included plastic cups, paddle boards, fishing rods, and straws. On Monday, the founders of Plastic Symptoms placed some of what they gathered on the steps of the Capitol. It's all part of their Plas-Trek 2019, their 1,200 mile trek around the coast of Florida collecting plastic that washed up on beaches.

"We are talking with House representatives and different people involved with making laws in the state of Florida to try to ban plastics at the source," said Bryan Galvin, one of the founders of Plastic Symptoms.

They say it's in the best interest of Florida government to pass statewide legislation to protect our most valuable resource.

Plastic Symptoms founders say they want to put Florida on the map alongside California, New York, and Maine, as a state that is taking an active stance to protect its residents and its environment.