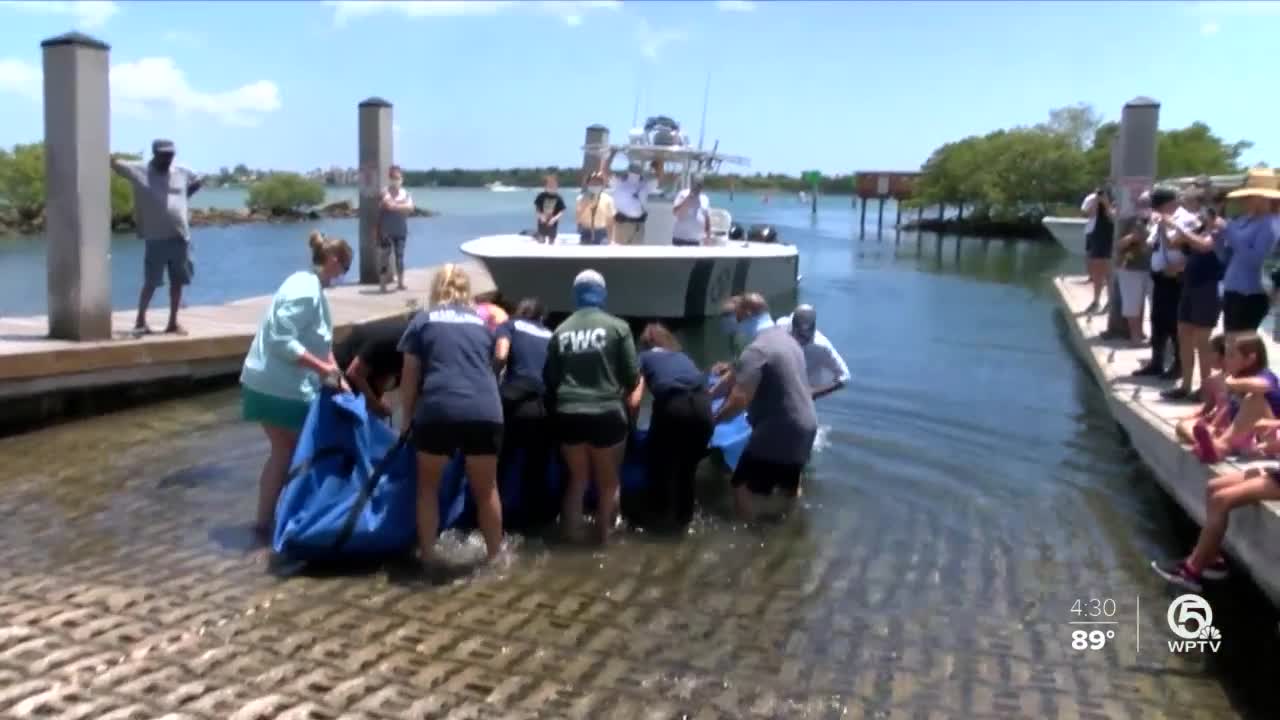 An injured manatee at the center of an intense multi-day rescue in the Boynton Beach intracoastal earlier this year was released back into the water on Wednesday. 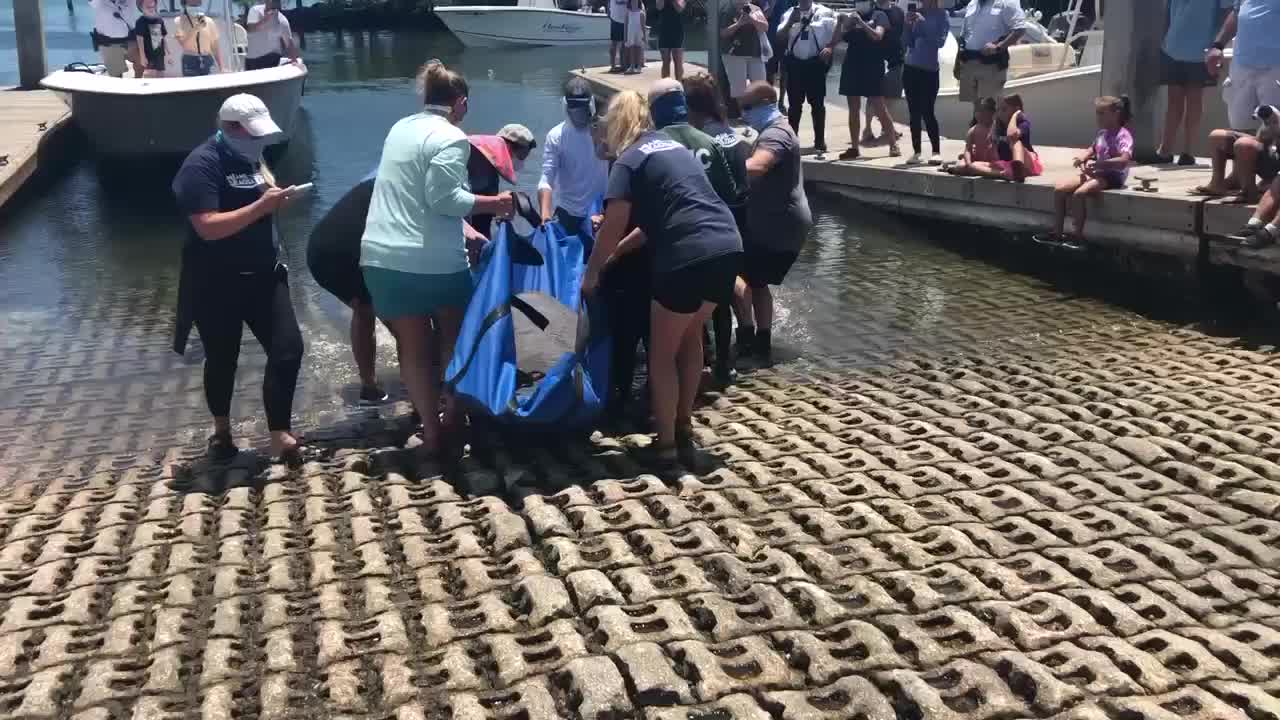 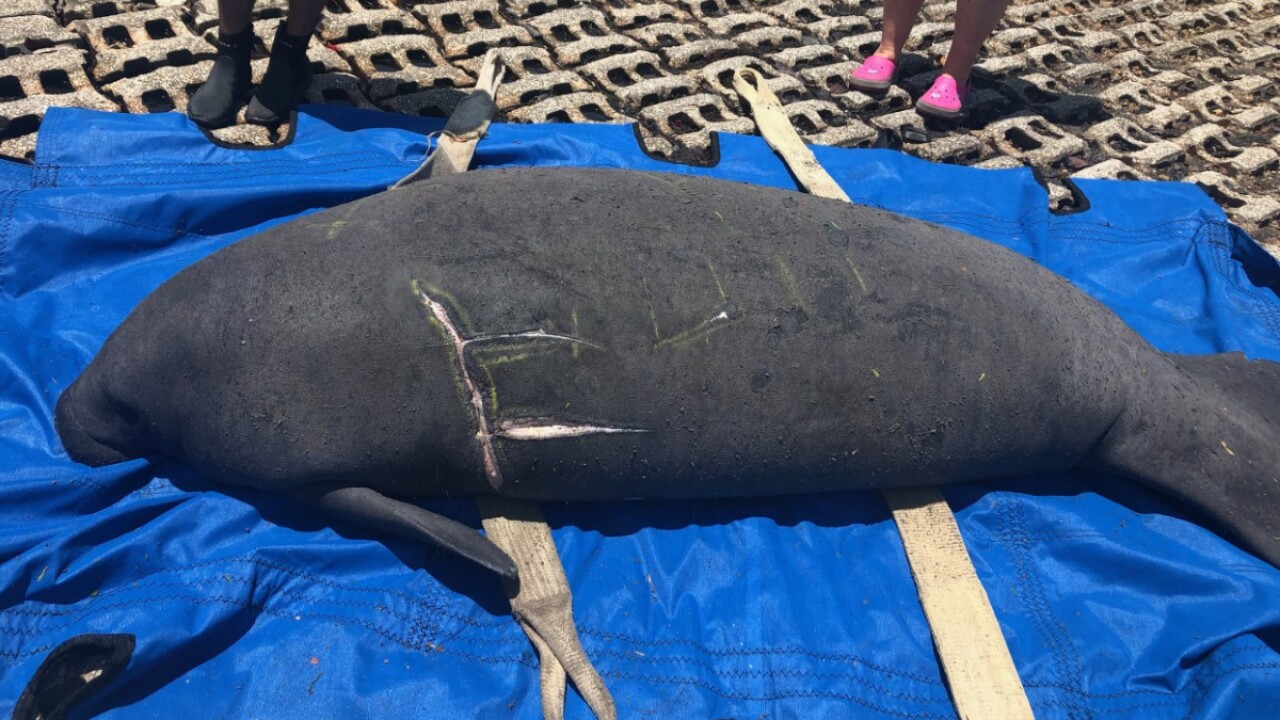 BOYNTON BEACH, Fla. — An injured manatee at the center of an intense multi-day rescue in the Boynton Beach intracoastal earlier this year was released back into the water on Wednesday.

Barracuda, a female manatee, spent months recovering at the Miami Seaquarium after officials said a boat propeller badly cut the animal on its side.

The manatee was rescued on Feb. 13 after crews spent two days trying to safely get it.

The Florida Fish and Wildlife Conservation Commission, Boynton Beach police, as well as the Boynton Beach Dive Center were all involved in the rescue effort.

On Wednesday, Barracuda was released back into the water at Harvey E. Oyer Jr. Park after recovering from her wound.

"It healed up really well and we were happy to get her out today," said Amber Howell with FWC. "It is nice to see the rescue and release go full circle."

Now that boat ramps are back open in Palm Beach County, marine officials are reminding boaters to be very careful and mindful of animals in the water.

"If you can, wear polarized sunglasses and look for the footprint behind the animal," said Officer Darin Hederian with the Boynto Beach Police Department's Marine Unit. "These manatees are out there and they are out in the area. Even though manatee season is over, please be cognizant and aware they travel under your boat."

Remember the manatee with the nasty cut rescued in Boynton in February?
GREAT NEWS!! She was released back into the water today by @MyFWC!!!
Story tonight on @WPTV! @BBPD @MiamiSeaquarium pic.twitter.com/CUrraszsSt