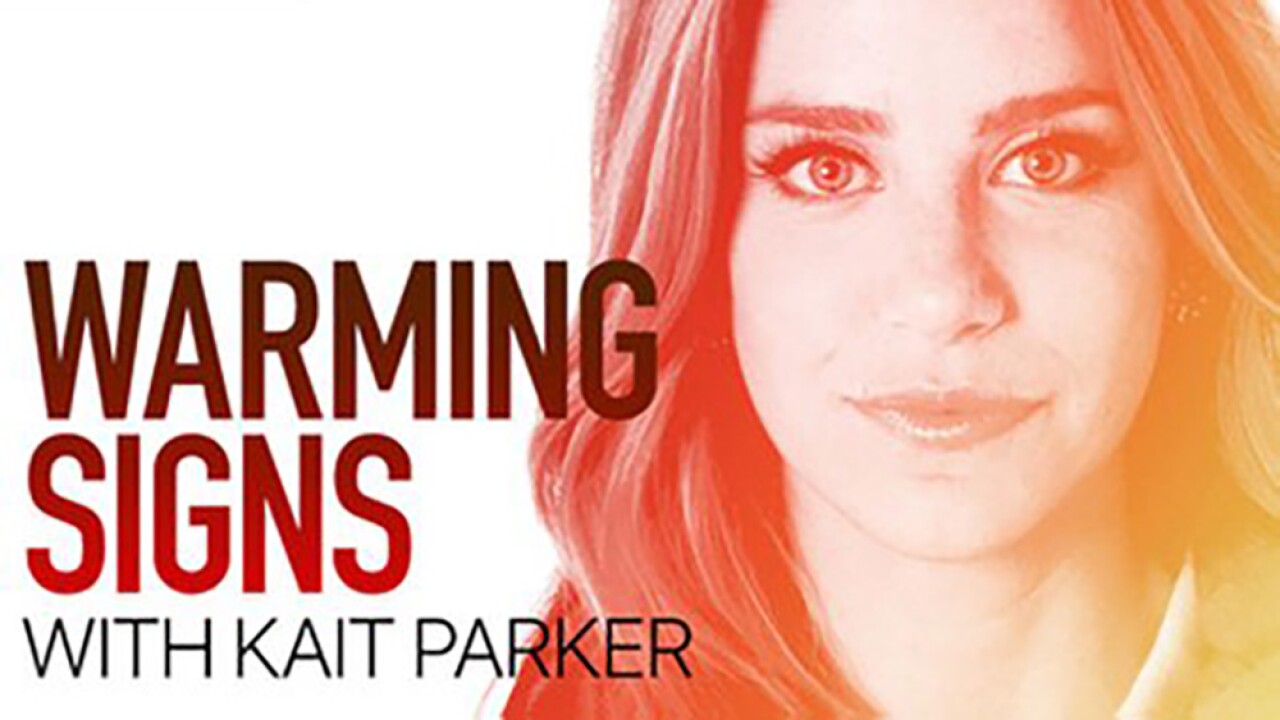 The Weather Channel
Warming Signs with Kait Parker is a new podcast that focuses on environmental issues.

Parker, who since leaving WPTV has hosted America's Morning Headquarters on The Weather Channel and has regularly appeared on Good Morning America.

Now on the weather.com digital team, Parker has taken her passion for environmental science to the quickly growing podcasting space.

"I've always had a deep internal calling to help people through severe weather, but lately it feels like we can barely catch our breath between one big disaster and the next," Parker told WPTV. "I consider the longer-term impact to our climate as the breaking news story of our lifetime, and The Weather Channel has always covered the science behind climate and weather head on."

The description of the debut episode, titled 'What is a Warming Sign,' reads: "The evidence of climate change is all around us. But unfortunately, so is the misinformation. That’s why meteorologist Kait Parker decided to follow her passion for scientific exploration with this venture into purpose-filled podcasting."

Now three episodes in, Parker has tackled issues that include fears of another mass extinction, explaining the terms climate change and global warming, and more. Each week she is joined by distinguished scientists to discuss a different issue.

"Warming Signs is a podcast where we talk about the biggest issues plaguing our planet; anything from the basics of climate change to the red tide that has devastated Florida," Parker said. "Every episode includes expert guests and also some hope. If we better understand the problems we face, we can better work together to find solutions."

New episodes are released every Tuesday at noon, and the podcast is available on all platforms. You can also listen here.