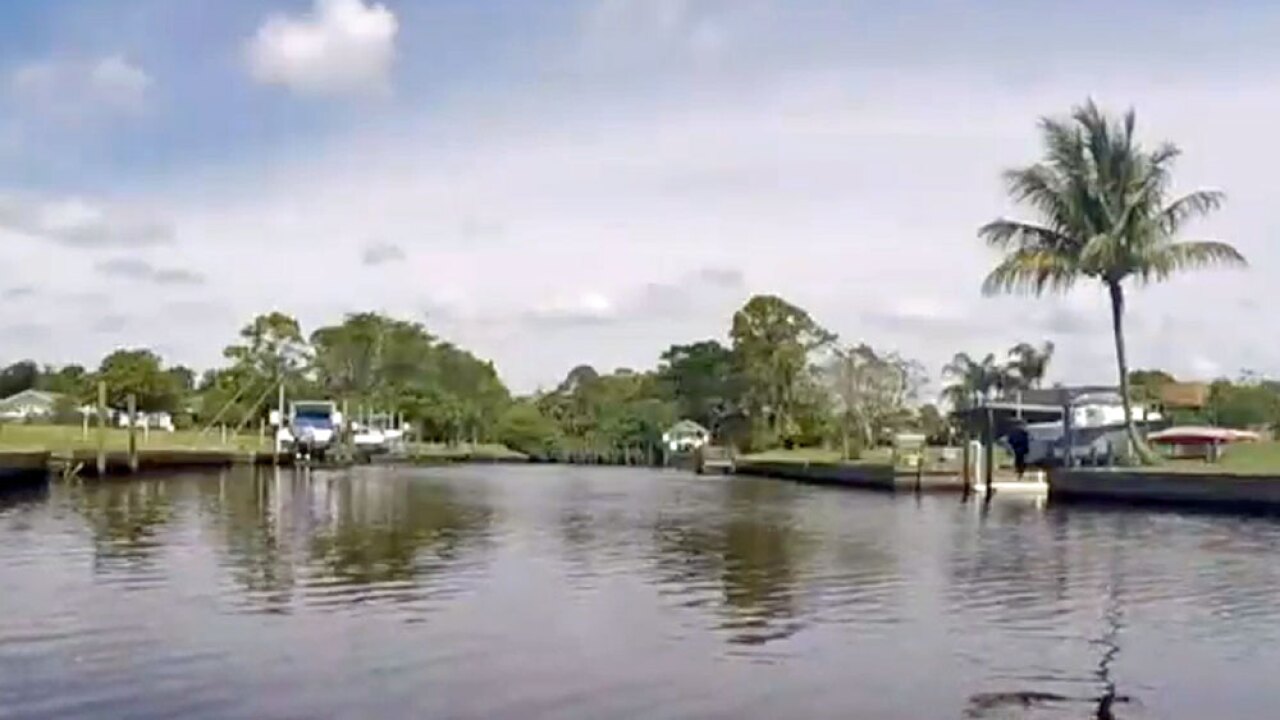 DeSantis, proudly noting that legislators this year exceeded his environmental funding request of $625 million by $55 million, said local voices are needed to maintain the “momentum” on the effort to clean up and protect the state’s waterways.

"Just keep talking about it and keep letting your legislators know that you appreciated the work of last session, but you’d like to see momentum continue,” DeSantis said during his appearance at the Save Our Water Summit. “I think we probably have a lot of momentum now. But I think that will add to the momentum and I think it’s just going to be like, going forward, this is something that pretty much most people are going to agree needs to continue.”

Lawmakers will return to Tallahassee for committee meetings next month, in advance of the legislative session that starts in January.

DeSantis said the state needs to be “good stewards” of the land and water because environmental issues surpass local concerns, pointing to the broad impact of last year’s outbreaks of blue-green algae and red tide.

“I think it affected our economic vitality. It affected the image of our state. When people see something like what we saw last summer, it’s not just that they may not want to come to southwest Florida, if they see that. A lot of them don’t know where in Florida that is,” he said at Wednesday’s event, held at the Hyatt Regency Coconut Point Resort and Spa and hosted by The News-Press and Naples Daily News.

Prior to the 2019 session, DeSantis said his funding request for water protection and restoration projects --- including efforts to combat red tide and blue-green algae as well as the continued cleanup of the Everglades --- was the first of a four-year, $2.5 billion proposal. DeSantis’ multi-year plan is a $1 billion increase from what was spent the prior four years under his predecessor, former Gov. Rick Scott, who is now a U.S. senator.

Since taking office in January, DeSantis established a Blue Green Algae Task Force to consider ways to reduce harmful nutrients in state waters, revived a task force focused on red tide outbreaks along the Gulf Coast and named the state’s first chief science officer. DeSantis also overturned leadership at the South Florida Water Management District after the board drew his ire by voting to grant a lease extension to Florida Crystals for land eyed by the Legislature for the Everglades Agricultural Area reservoir.

Environmentalists haven’t been completely won over by DeSantis, however.

The Republican governor drew scathing reviews for approving a bill that begins a process to expand toll roads through mostly rural sections of Florida. But environmentalists were on his side when DeSantis vetoed a measure that would have blocked local governments from banning plastic straws.

In his remarks Wednesday, DeSantis recalled when, as a member of Congress, he felt that constituents had a bigger impact than special interests groups.

The governor said his efforts this year were helped by broad support from people in communities impacted by bad water conditions, from homeowners to those involved in fishing, boating and tourism industries.

“When you’re just hearing from people that you might see in a bank or post office or wherever, and they’re concerned about something and you’re a legislator, that really has an impact,” DeSantis said.