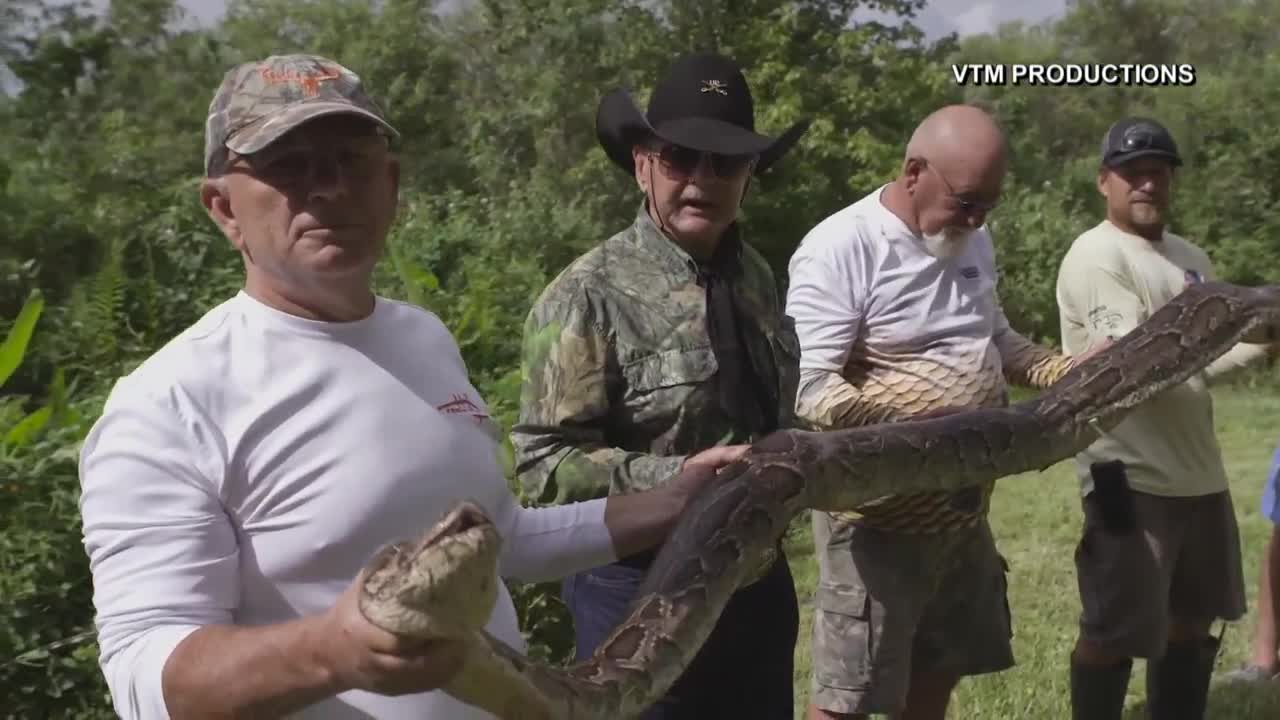 A 16-foot python, weighing at least 165 pounds was captured over the weekend in the Florida Everglades. Approximately 50 hatched eggs were also found under a house. Video: VTM Productions. 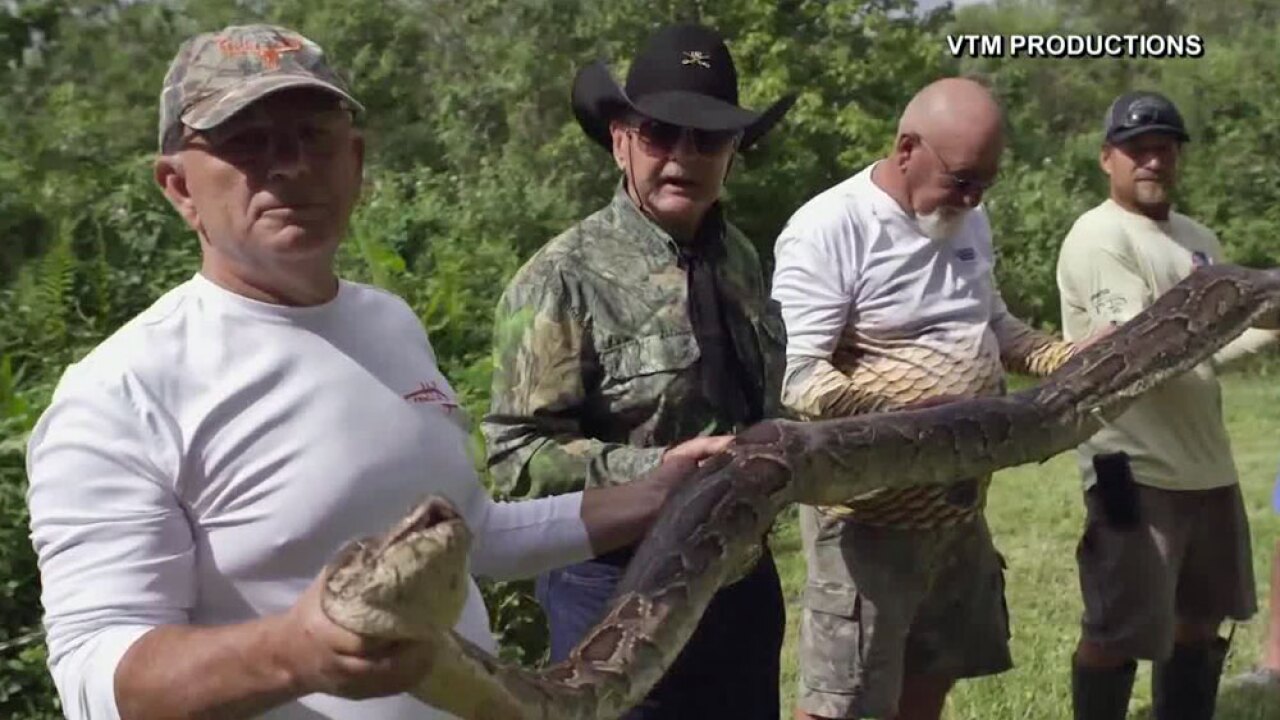 BROWARD COUNTY, Fla.-- One of Florida's largest pythons ever captured happened over the weekend.

The gigantic snake was discovered underneath a home in the Everglades.

RELATED: South Florida python hunter gets his own show.

It weighed at least 165 pounds and spanned 16 feet.

The invasive python and its offspring were killed due to the hazardous threat to the Everglades wildlife.

Pythons were first discovered 20 years ago in Florida and are considered an endangerment to the food chain.