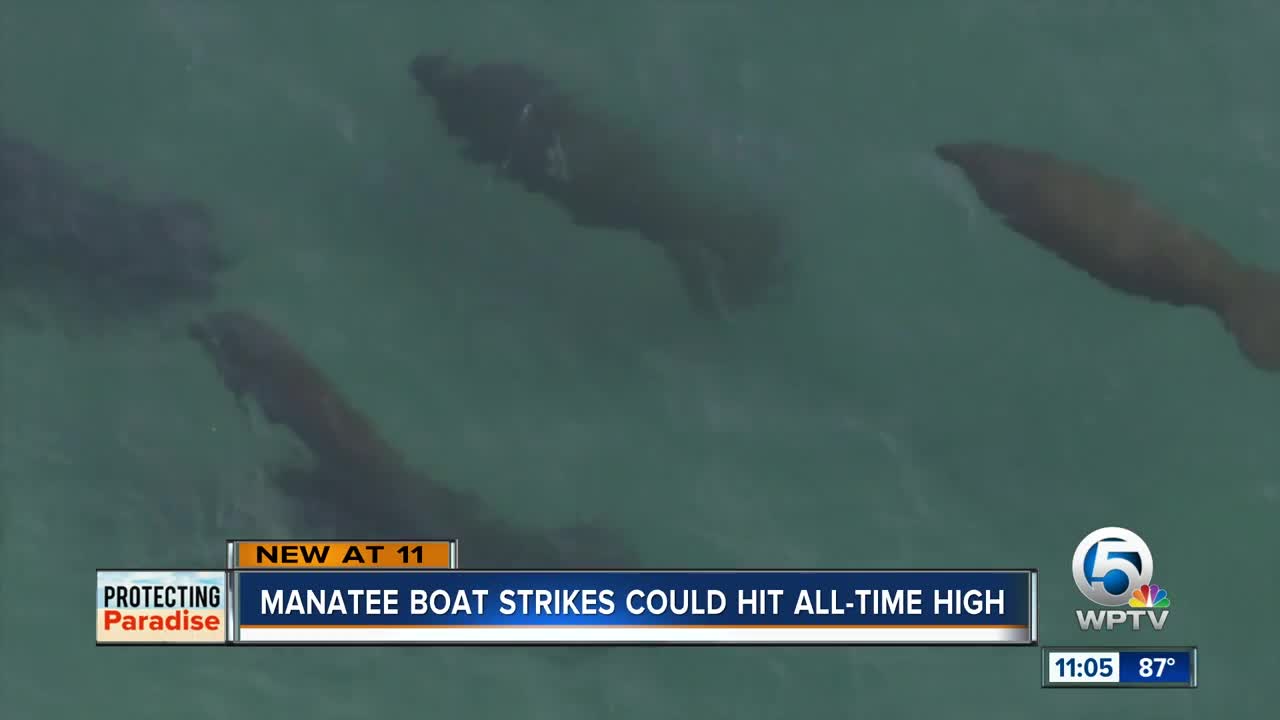 The number of manatee deaths caused by watercraft could hit an all-time high in Florida this year. 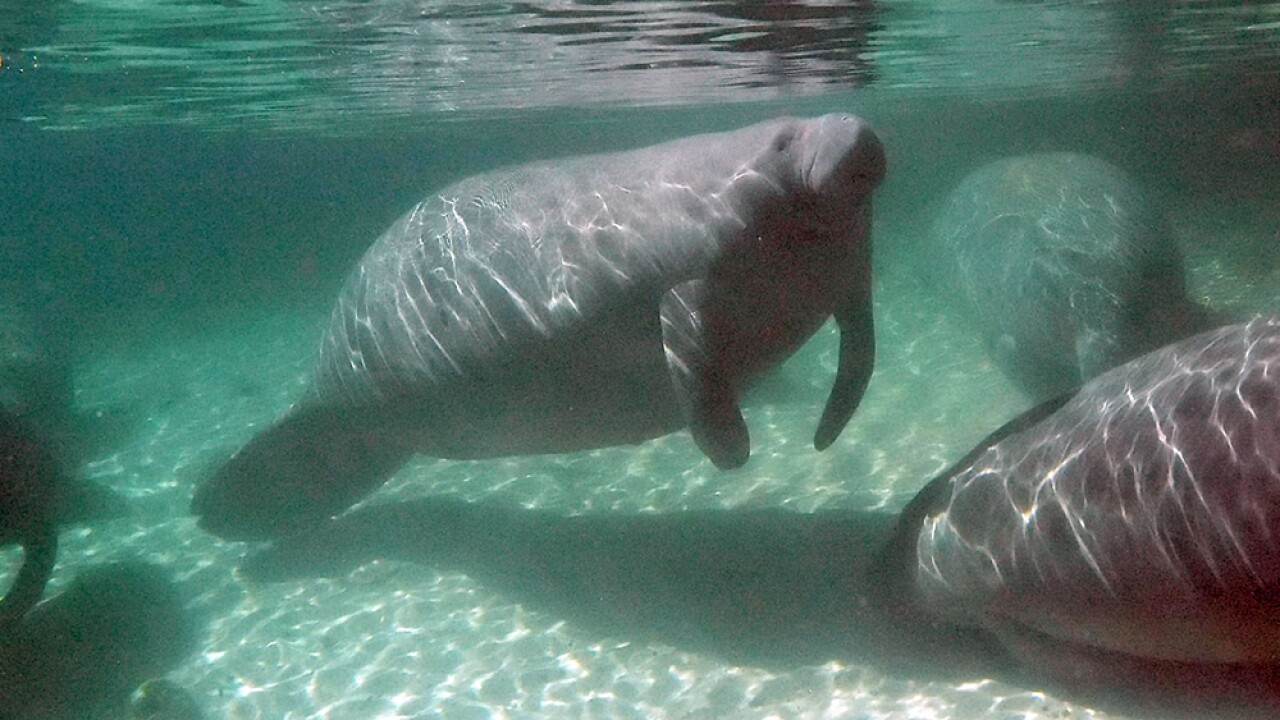 MIAMI (AP) — The number of manatee deaths caused by watercraft could hit an all-time high in Florida this year.

From the beginning of this year through June 21, 81 manatees have been killed by watercraft in Florida's waters. Florida Fish and Wildlife Conservation Commission officials say 59 manatees died during the same period in 2018.

Wildlife officials say toxic red tide and chilly temperatures contributed to the sea cow deaths in 2018, but so far in 2019 the biggest threat to manatees are boats.

The Save the Manatee Club says another reason may be because manatees were downlisted from endangered to threatened, which may cause people to think it's safe to exhibit less caution while boating.

The Ocala Star-Banner reports a total of 300 manatees have been reported dead in Florida for the first half of the year.