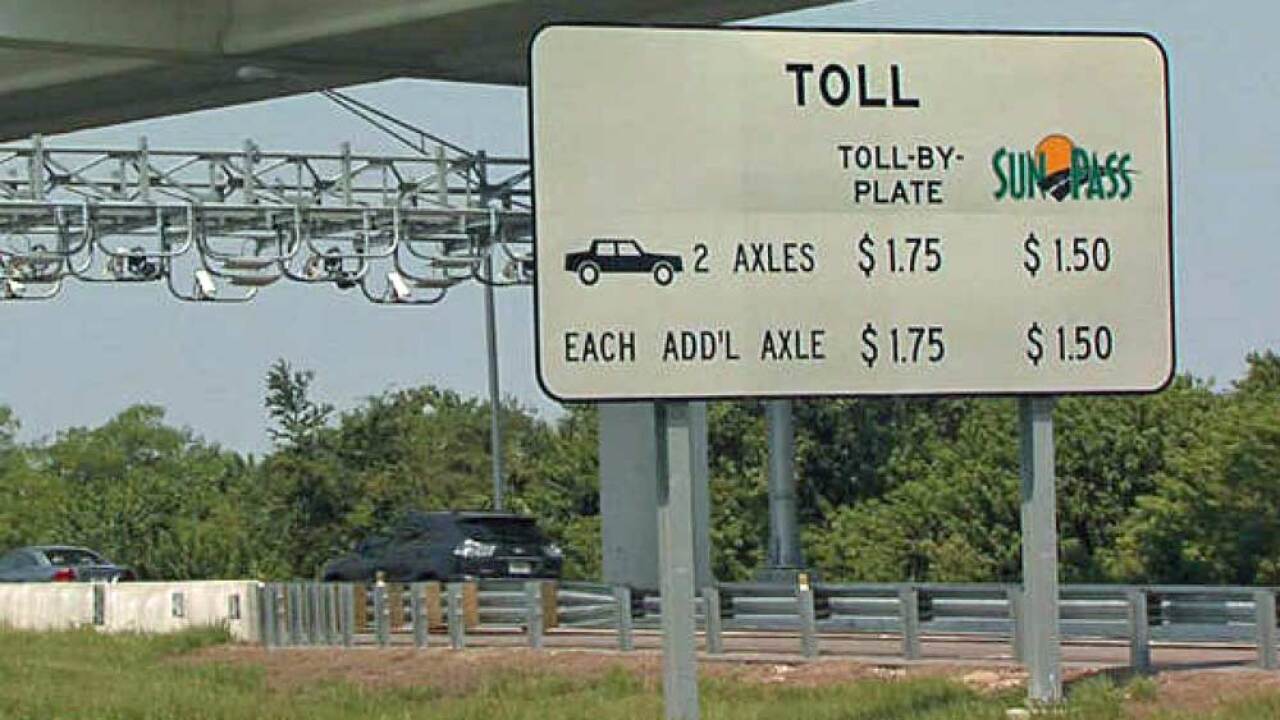 Copyright 2021 Scripps Media, Inc. All rights reserved. This material may not be published, broadcast, rewritten, or redistributed.
WFTS

Environmentalists used Earth Day to ratchet up criticism of a proposal going before the Senate to expand and build toll roads through hundreds of miles of the state.

Sierra Club Florida Director Frank Jackalone said during a news conference Monday in St. Petersburg that his group will “declare war” on lawmakers who sponsor the bill (SB 7068), which is a priority of Senate President Bill Galvano.

“We will amass the most massive campaign the Sierra Club has ever done in Florida, in our history, to stop those toll roads from being put in place,” said Jackalone, who predicted the projects would bring sprawl, harmful wildlife impacts and water pollution resulting from paving large stretches of rural lands. “The whole state will change.”

The Sierra Club was joined by 1000 Friends of Florida at the news conference, which was held a day before the Senate could take up the proposal, which calls for spending $45 million next year.

The proposal also would require the Florida Department of Transportation to set up task forces to study economic and environmental impacts of extending the Suncoast Parkway from the Tampa Bay area north to the Georgia border, extending the Florida Turnpike west to hook up with the Suncoast Parkway and building a new transportation corridor, including a toll road, from Polk County to Collier County.

When asked about the environmentalists’ news conference and criticism, Katie Betta, Galvano’s spokeswoman, said in an email that the proposal doesn’t detail the specific paths for the roads and that construction of any of the corridors wouldn’t be funded until a report for that road is completed.

“Each task force will consult with FDOT on corridor analysis, including accommodating multiple types of infrastructure in the corridor, such as broadband connectivity and sewer,” Betta wrote. “This includes evaluation of corridor need, economic and environmental impacts, hurricane evacuation needs, and land use impacts. The bill requires public hearings in each local government jurisdiction, to ensure local communities have the opportunity to weigh in.”

Betta said the task forces’ duties will include evaluating wildlife-crossing designs and to consider the need to acquire land to reduce impacts to wildlife, water quality and agricultural land uses.

The Senate was expected to take up the bill last week, with Democrats planning to push for more specifics on the environmental and land-use impacts. Bill sponsor Tom Lee, R-Thonotosassa, put the measure on hold as he continued to massage it.

Among amendments Lee is now offering: Local governments would have a year from the time construction bids go out to determine if interchanges in their areas contain appropriate land uses and natural-resource protections. Also, to “the maximum extent feasible,” the corridors would avoid conservation lands acquired under the Preservation 2000 and Florida Forever programs, primary springs protection zones and farmland preservation areas.

Paul Owens, president of 1000 Friends of Florida, noted that there are large stretches of land in the targeted corridor zones that have yet to be acquired.

And while giving Lee credit for putting in steps that consider “negative impacts” of the highways, Owens said that skips the question of the need for the roads.

“Highways like these shouldn’t even be considered before critical agricultural lands and natural resources are conserved and protected,” Owens said. “It’s unfortunate and ironic that at the same time the Legislature is planning to invest hundreds of millions of dollars in programs and projects to restore the state’s impaired waterways, it’s on the verge of approving three new highways that would splice through landscapes with fragile rivers, natural springs, wetlands and aquifer recharge areas.”

Owens suggested it would be cheaper to protect the region from coming growth by purchasing development rights from farmers so they could continue to farm, upgrading existing roads and acquiring more environmental lands.

The environmental groups are not the only opponents of the proposal. The liberal-leaning group Progress Florida kicked off a petition drive Saturday against the proposal it describes as “one of the biggest land grabs in decades, threatening large swaths of natural Florida in the process.”

“Florida simply does not need more asphalt industry-backed rural toll roads and the numerous problems they bring: more traffic, more pollution and more threats to our springs, lakes and rivers,” an email from Progress Florida said. “These toll roads aren’t just roads --- they bring additional sewer and utilities infrastructure as well. This is a recipe for out of control urban sprawl that will further strain our state’s water resources, contribute to climate change and wreak havoc on wildlife and wilderness.”