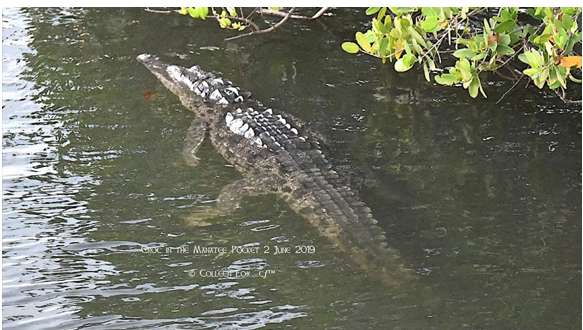 Colleen Fox is a self-proclaimed 'sunset chaser' and photographer who has taken photos from Stuart’s Manatee Pocket Bridge overlooking the St. Lucie Inlet for approximately 10 years. 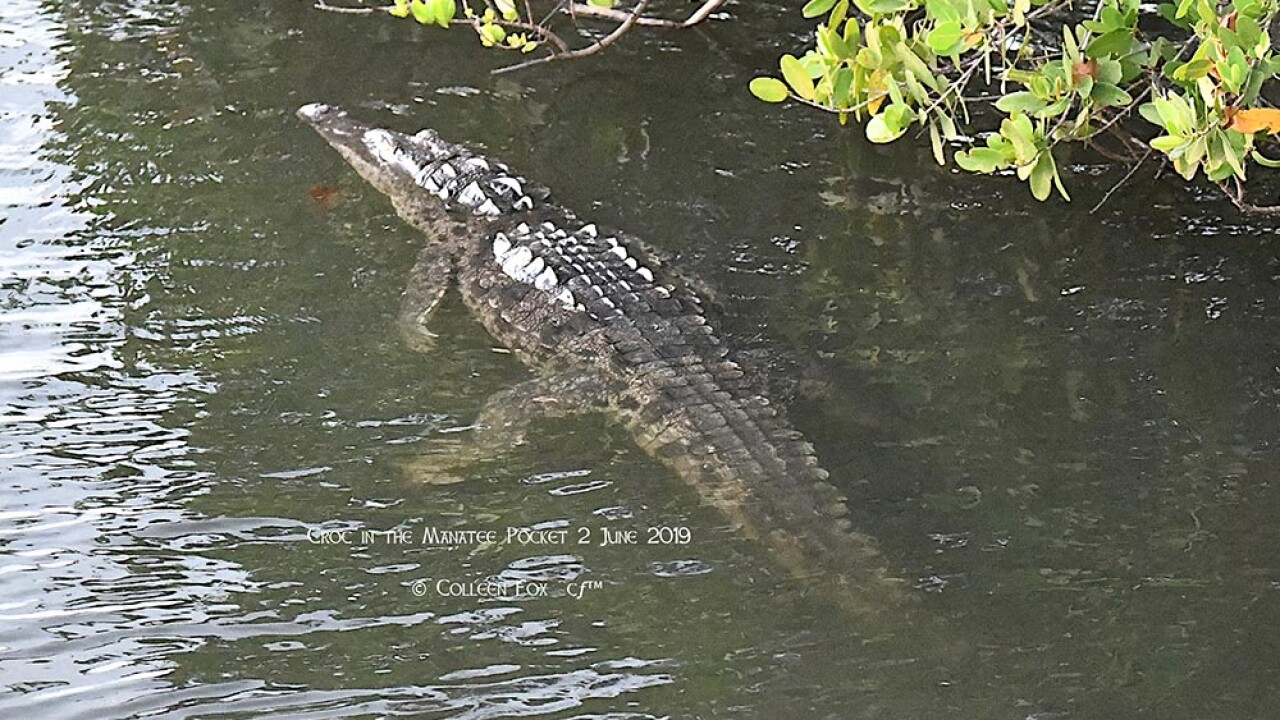 Colleen Fox is a self-proclaimed 'sunset chaser' and photographer who has taken photos from Stuart’s Manatee Pocket Bridge overlooking the St. Lucie Inlet for approximately 10 years.

Fox said there are secrets in the water. On June 2 at approximately 9 p.m., Fox photographed an endangered American crocodile, approximately six to eight feet long, swimming near the Manatee Pocket Bridge.

Armed with a 200-meter lens, Fox said she was in the right place at the right time.

"I was one of the very few people who got to see this magnificent reptile in his or her natural habitat and I got a photograph, I got several, and I’m thrilled" Fox said.

Fox added the crocodile only stayed within sight in the brackish water for about a minute and a half, before it disappeared as quickly as it had appeared. Experts told WPTV a sighting of a crocodile in Central and North Florida is rare.

"The number of crocodiles in Florida is in the thousands and they are generally going to be down south, as far north as Miami-Dade and even down to the Florida Keys," said Amy Kight, Executive Director of the Busch Wildlife Sanctuary in Jupiter.

But Kight also said a mild winter is likely behind the recent crocodile migration north to Martin County.

"We’ve been having record-breaking heat and really no winter, so I think that they’re just finding a way to adapt further north" Kight said.

And for Floridians uncomfortable with a crocodile in their neighborhood, Fox offered reassurance.

"We share where we live. We are fortunate enough to have a little piece of paradise, but we share it. Remember that. We share it," said Fox.