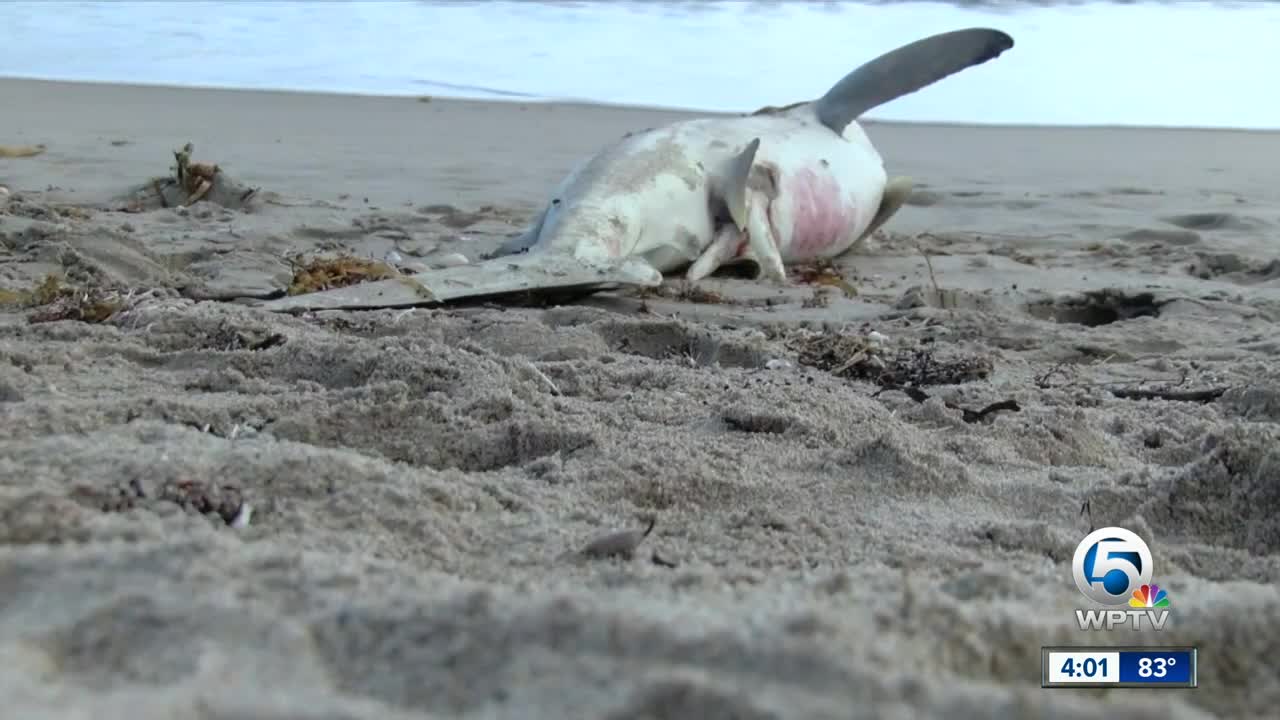 Beach goers were greeted by an unsettling sight on Delray Beach Tuesday morning after a dead shark and ray washed up. The marine animals were spotted near the shoreline on the north end of Delray Beach. 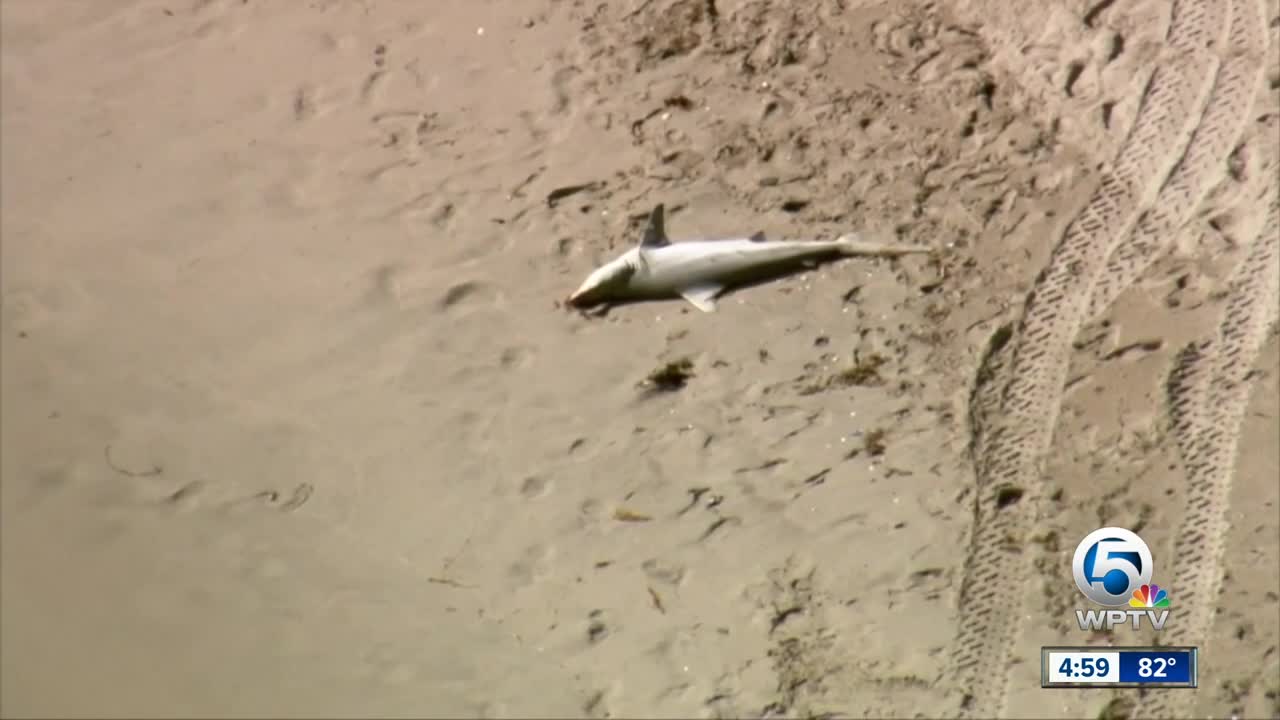 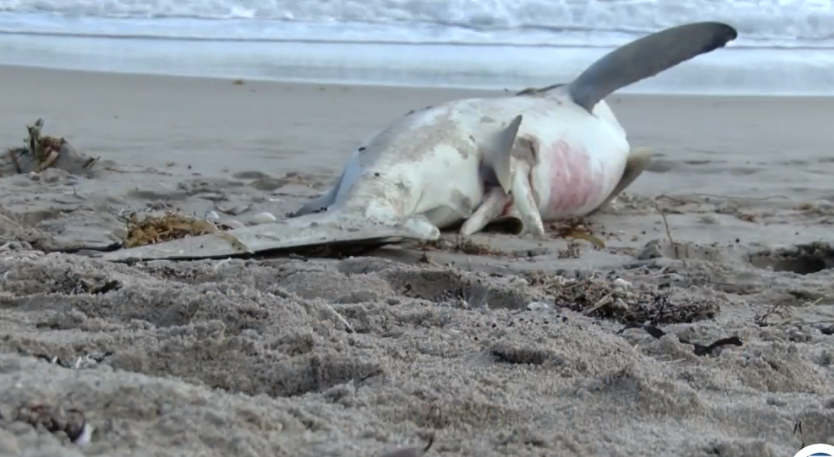 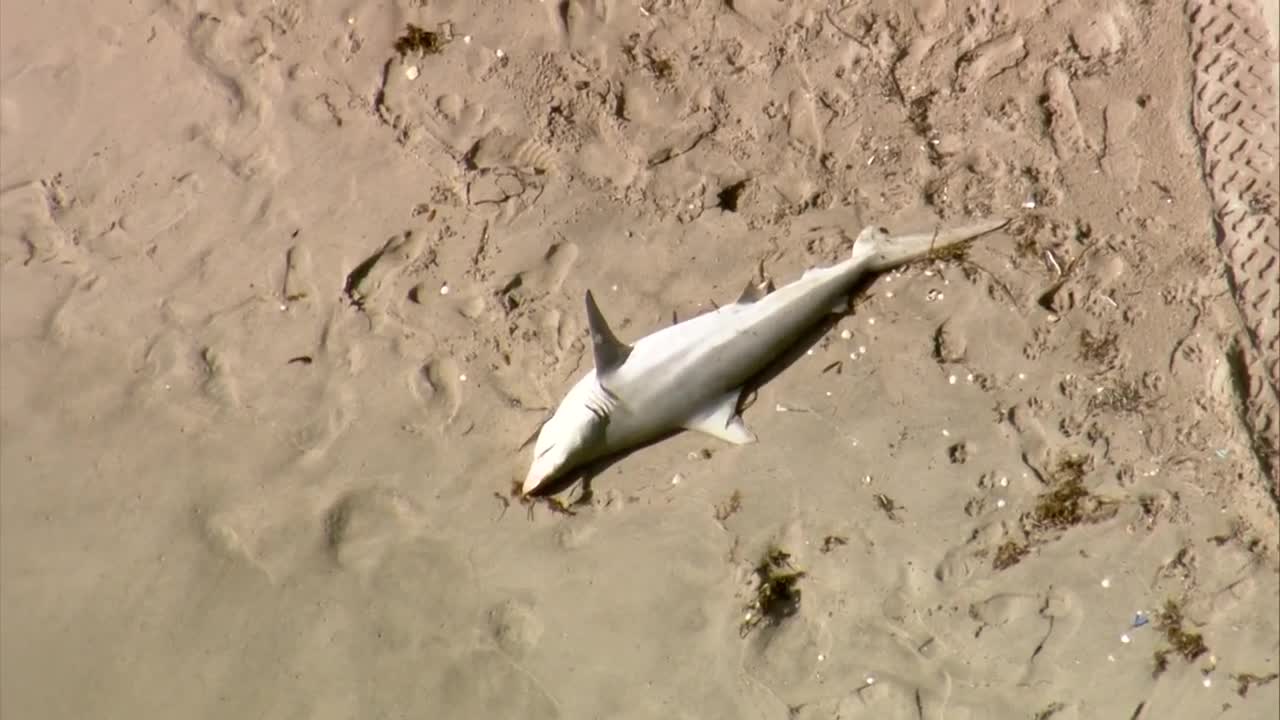 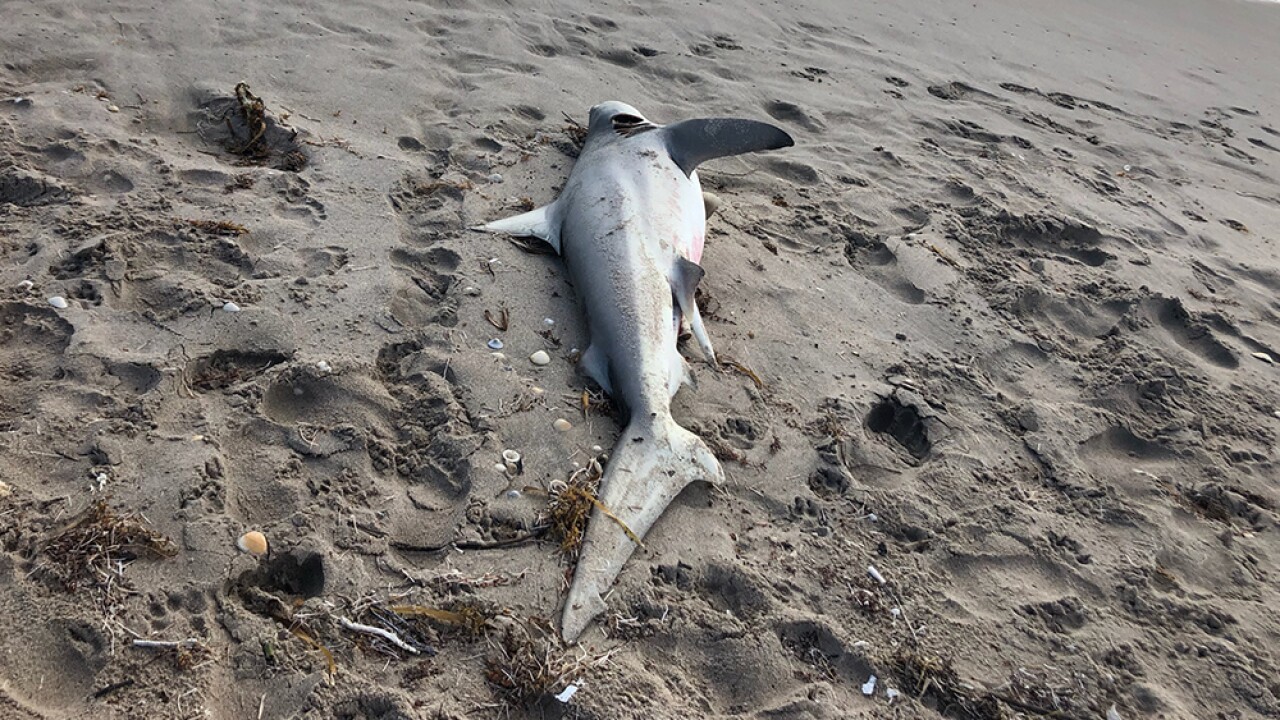 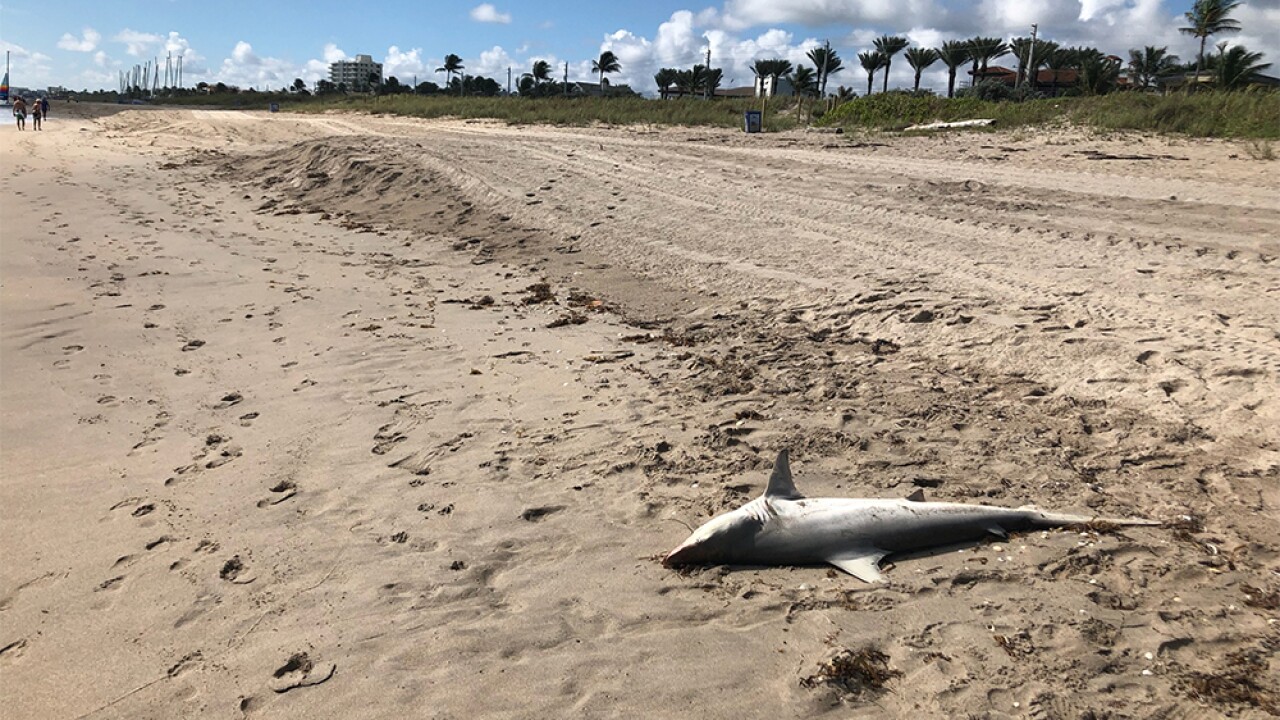 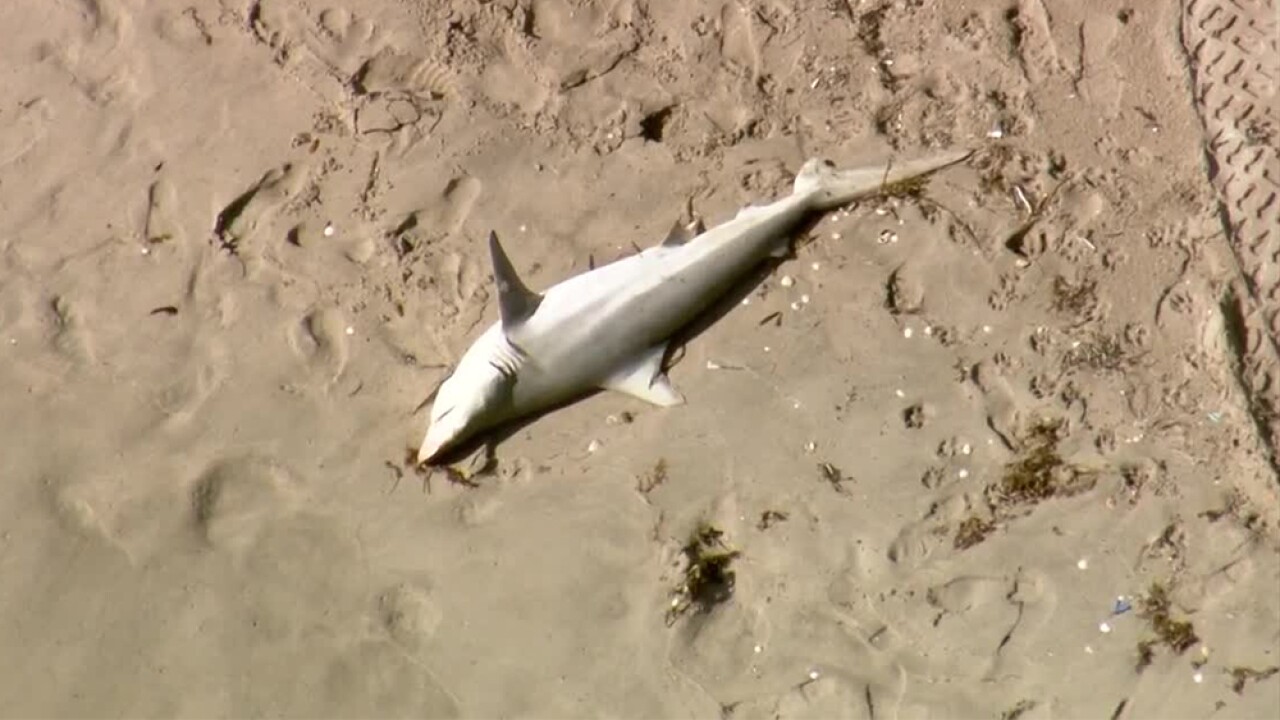 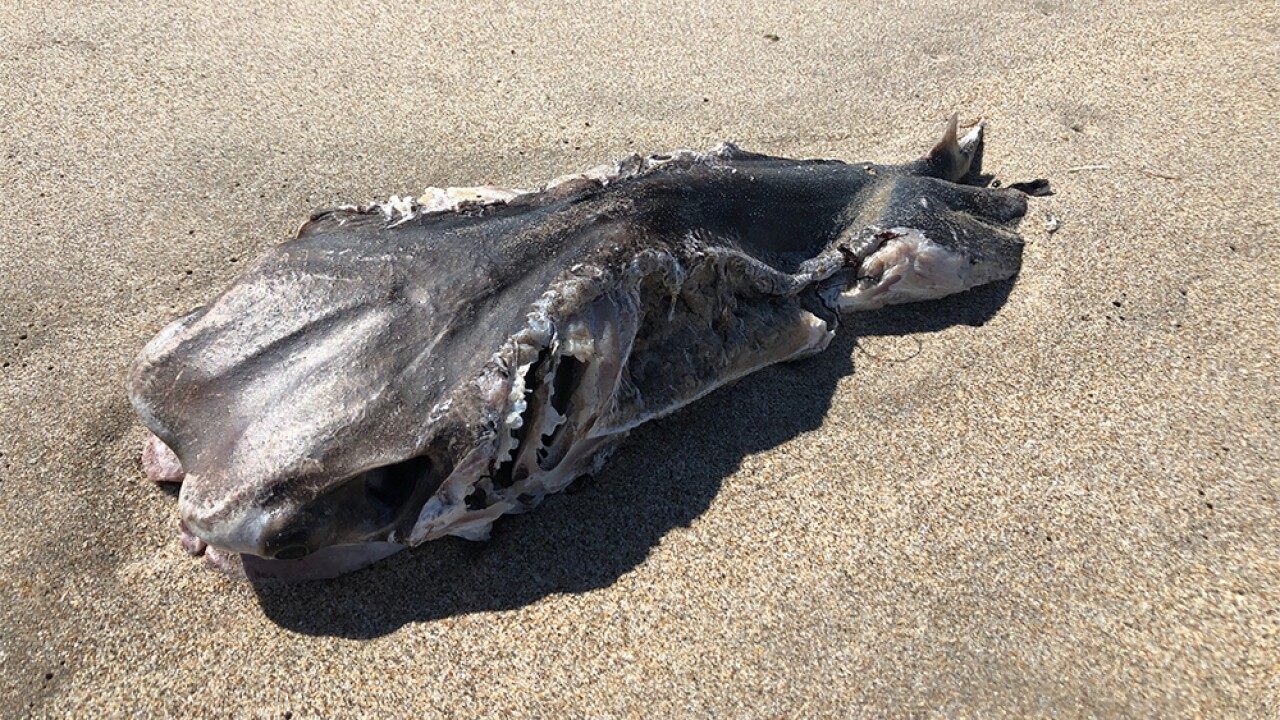 Beach goers were greeted by an unsettling sight on Delray Beach Tuesday morning after a dead shark and ray washed up.

The marine animals were spotted near the shoreline on the north end of Delray Beach.

WPTV Chopper 5 was overhead as people walking on the beach slowed down as they approached the shark, believed to be a young male blacktip. There was a hook in the shark's mouth.

"What this is, is a typical display of the aftermath of what is known as land-based shark fishing," said wildlife conservationist Jim Abernethy. "Even though [the shark] is released alive, it actually dies very close offshore and washes back on the beach."

A second animal, possibly a cownose or manta ray, was located about 50 feet away. It was badly decomposing and its pectoral fins were cut off.

"It seems like they killed one of our manta rays off of Florida to use it as bait," said Abernethy. "There was a knife used to cut the fins off, which is one of the favorite target baits of sharks."

The Ocean Rescue division of the Delray Beach Fire Department came out and removed the dead animals on Tuesday afternoon.

Ocean Rescue officials said if you see dead marine life along the beach, call the agency right away at 561-243-7352.

Dead shark and ray found on the Deleay public beach this morning within 50 feet of each other.
https://t.co/BJFAoOh2TG pic.twitter.com/vKujKGVZqt