A floating device created to clean up plastic from the ocean is finally doing its job, organizers say 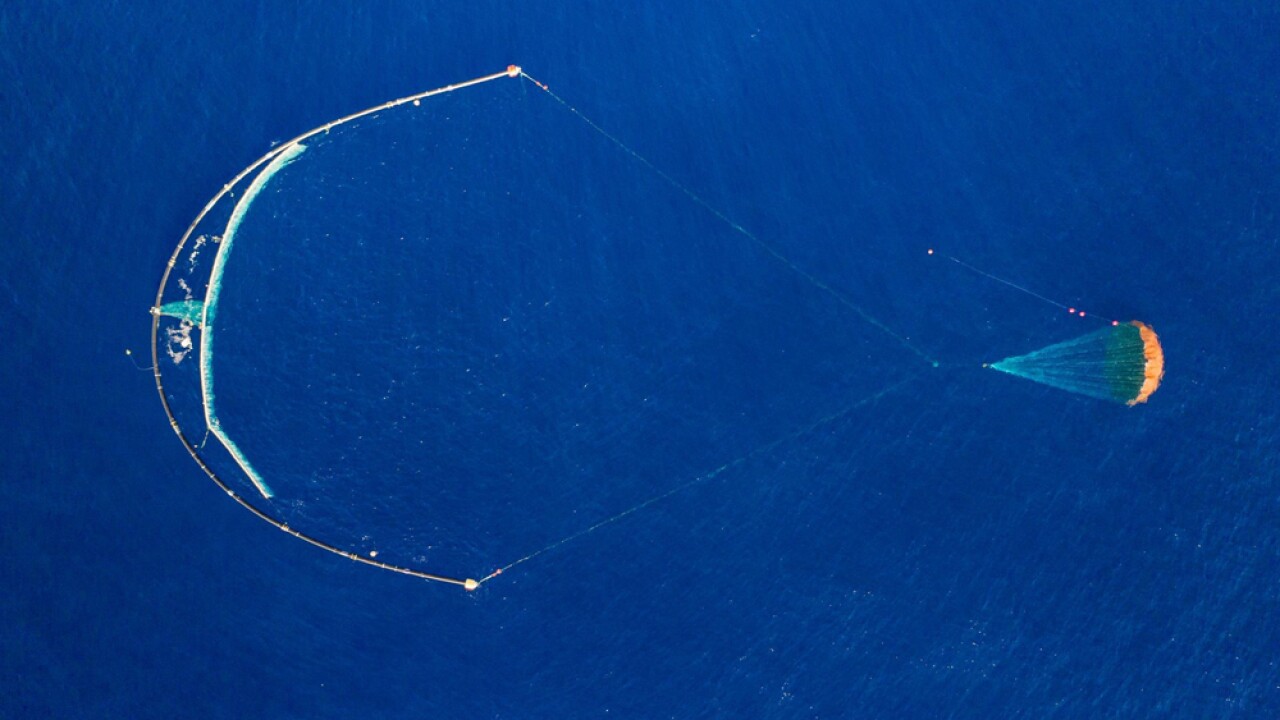 Copyright 2019 Cable News Network, Inc., a Time Warner Company. All rights reserved.
Courtesy The Ocean Cleanup via CNN Newsource
The Ocean Cleanup&#39;s System 001/B collects and holds plastic until a ship can collect it.

(CNN) -- A huge trash-collecting system designed to clean up plastic floating in the Pacific Ocean is finally picking up plastic, its inventor announced Wednesday.

The Netherlands-based nonprofit the Ocean Cleanup says its latest prototype was able to capture and hold debris ranging in size from huge, abandoned fishing gear, known as "ghost nets," to tiny microplastics as small as 1 millimeter.

"Today, I am very proud to share with you that we are now catching plastics," Ocean Cleanup founder and CEO Boyan Slat said at a news conference in Rotterdam.

The Ocean Cleanup system is a U-shaped barrier with a net-like skirt that hangs below the surface of the water. It moves with the current and collects faster moving plastics as they float by. Fish and other animals will be able to swim beneath it.

The new prototype added a parachute anchor to slow the system and increased the size of a cork line on top of the skirt to keep the plastic from washing over it.

It's been deployed in "The Great Pacific Garbage Patch" -- a concentration of trash located between Hawaii and California that's about double the size of Texas, or three times the size of France.

Ocean Cleanup plans to build a fleet of these devices, and predicts it will be able to reduce the size of the patch by half every five years.

Garbage patches are formed by rotating ocean currents called "gyres" that pull marine debris into one location, according to the National Oceanic and Atmospheric Administration.

Several of these patches exist in the world's oceans.

There have been setbacks which Slat called "unscheduled learning opportunities," since the system set sail from San Francisco in September 2018.

In December, the group announced that the system wasn't picking up trash.

Then, a 60-foot section broke free in January and the whole thing had to be towed back to shore, along with more than 4,400 pounds of trash that it had collected.

Officials launched the new System 001/B in June and after some more trial and error, they got things working.

"We now have a self-contained system in the great pacific garbage patch that is using the natural forces of the ocean to passively catch and concentrate plastics, thereby confirming the most important principal behind the ocean cleanup system," Slat said.

There are still some hurdles to overcome before they can scale up the system.

He said the final system will need to be able to survive for years in the difficult ocean conditions and be able to hold the plastic for months between pickups, in order for the plan to be financially viable.