Trump to accept nomination in Florida 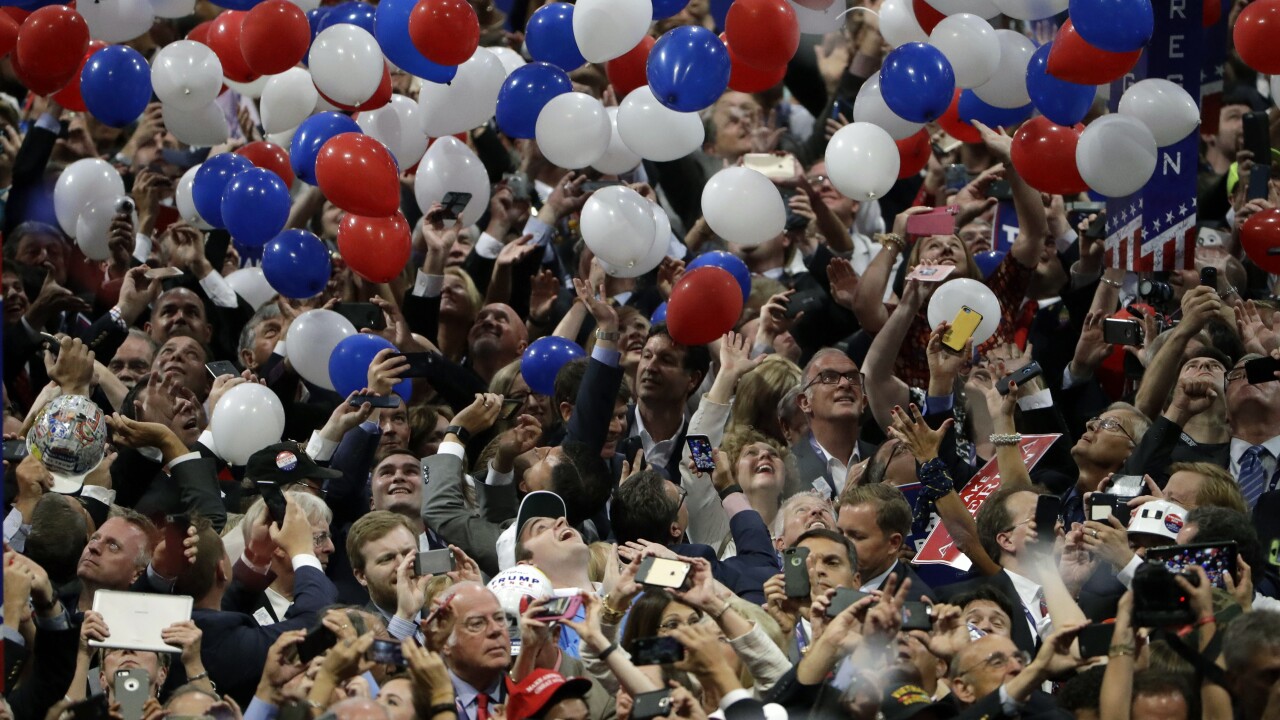 Copyright 2016 The Associated Press. All rights reserved. This material may not be published, broadcast, rewritten or redistribu
Matt Rourke/AP
FILE - In this July 21, 2016, file photo, confetti and balloons fall during celebrations after Republican presidential candidate Donald Trump&#39;s acceptance speech on the final day of the Republican National Convention in Cleveland. President Donald Trump demanded Monday, May 25, 2020, that North Carolina&#39;s Democratic governor sign off “immediately” on allowing the Republican National Convention to move forward in August with full attendance despite the ongoing COVID-19 pandemic. (AP Photo/Matt Rourke, File)

We are thrilled to hold @realDonaldTrump's acceptance of the Republican nomination in the great city of Jacksonville!

Not only is Florida his home state, it is crucial to victory.

We look forward to bringing this great celebration and economic boon to the Sunshine State!

The convention, set for Aug. 24-27, was supposed to be held in Charlotte, North Carolina, but President Donald Trump expressed dismay at Democratic Gov. Roy Cooper, who was unsure whether such a large scale gathering would be possible because of the coronavirus pandemic.

Despite a rise in coronavirus cases in recent weeks in Florida, the state's Republican governor was eager to have the president accept the GOP nomination in the same state where Trump is registered to vote.

"Florida is honored to host this special event where we will celebrate the re-nomination of President Donald J. Trump," Gov. Ron DeSantis said. "Jacksonville is a great city that will showcase Florida's energy, facilities, entrepreneurship and commitment to bring together the delegates of the Republican Party at a historic time in our nation's history."

"The convention will bring visitors and attendees from all across the country to Jacksonville, a beautiful Florida city on the Atlantic Ocean offering hotel space, top-notch convention facilities, beautiful weather, beaches and a lot of Republicans -- just an overall outstanding venue," Gruters said. "There is no better place to host the Republican National Convention than in the nation's largest swing state that is also home to President Trump and to the country's best governor, Ron DeSantis."

But Florida Democratic Party Chairwoman Terrie Rizzo called the move a deliberate attempt by Trump "to give a speech to a crowd of people not social distancing."

"Donald Trump abandoned North Carolina because he wants it to look like the threat of the coronavirus is over when he gives his big televised speech," Rizzo said. "Unfortunately, optics are not a public health strategy, nor are they a good re-election strategy. No speech this president makes can successfully gloss over his failed coronavirus response to Americans who have watched this president dither for months as more than 44 million have filed for unemployment benefits and 113,000 have lost their lives. Trump is coming to Florida to throw himself a big party -- but it's looking more and more like a goodbye party to his chance at a second term in the White House."

Florida last hosted the convention in 2012, when Mitt Romney accepted the Republican nomination in Tampa.

"Florida is committed to holding a safe, secure and successful event and we look forward to delivering the 29 electoral votes that the president needs to win the election," Gruters said.