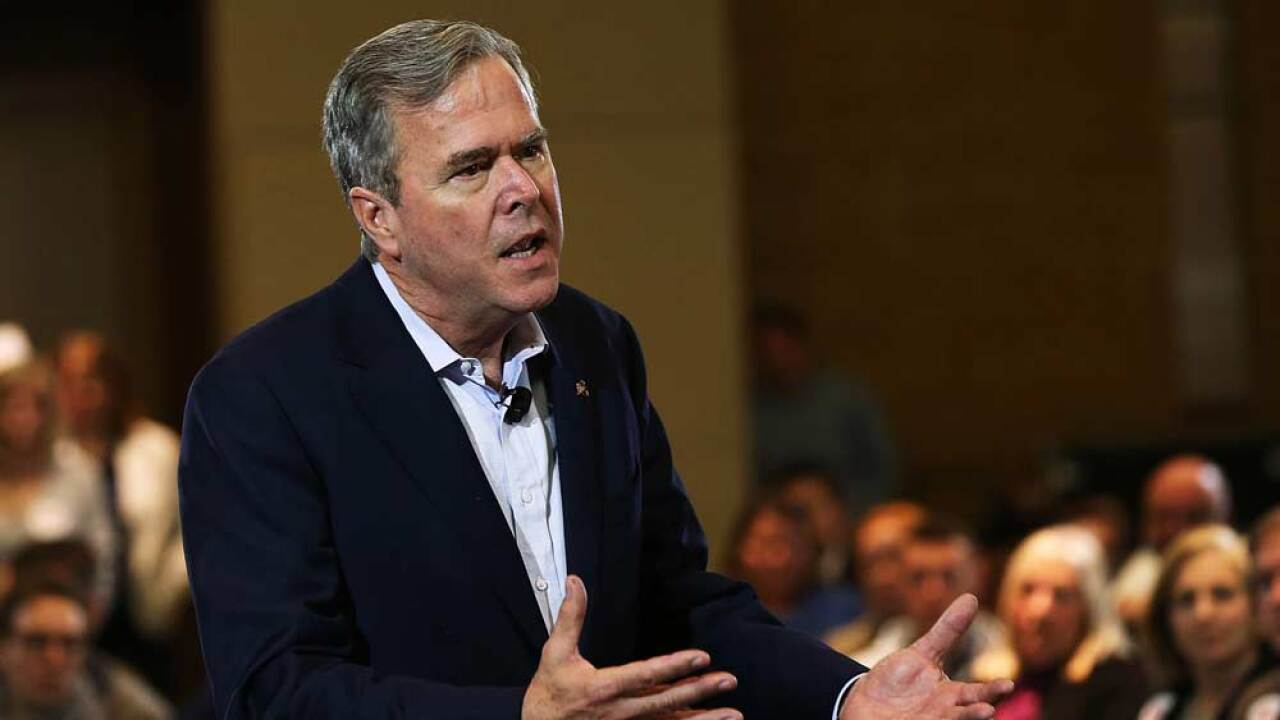 CNN) -- The Federal Election Commission fined a Chinese-owned corporation and a Jeb Bush super PAC a record amount after concluding both broke a federal law barring foreign interference in US elections.

The FEC fined the Jeb Bush super PAC Right to Rise $390,000 for soliciting a contribution from a foreign national and the American Pacific International Capital $550,000 for making the contribution, according to the settlement agreement posted online by the nonprofit Campaign Legal Center. The FEC found APIC contributed $1.3 million to Right to Rise.

"Today's action is a rare and remarkable step by the FEC, and a reminder that safeguarding our elections against foreign interference is in America's vital national security interests," the president of CLC, Trevor Potter, is quoted saying in a news release. Potter is the former commissioner and chairman of the FEC.

"Right to Rise conciliated this matter to avoid costly litigation and appreciates the commission's recognition of its extensive compliance efforts," Charlie Spies, the counsel to Right to Rise, told CNN.

The levies are the largest FEC fine since the Supreme Court's decision in the Citizens United v. FEC case in 2010, according to CLC. The high court's decision paved the way for the creation of super PACs like Right to Rise and allowed corporations and labor unions to spend an unlimited amount advocating for or against political candidates.

It's the third highest fine in the history of the FEC, according to the CLC.

The Citizens United ruling has been condemned by progressive activists, who argue super PACs drown out the voices of average American voters. Rejecting corporate PAC money has become a litmus test for Democratic candidates running for President in 2020.

Neil Bush, the brother of Jeb Bush and former President George W. Bush, solicited the contribution from APIC, according to the settlement agreement. Neil Bush is an APIC board member "and knew that fellow board members Gordon Tang and Huaidan Chen were foreign nationals," the settlement reads.

"The Respondents contend that they made all contributions with the good faith belief that they were permissible, a belief that was informed by their understanding of a legal memorandum drafted by counsel to Right to Rise USA," according to the settlement.

"The Commission did not find that the violations were knowing and willful," the settlement reads.

"This illegal $1.3 million contribution is unmistakable proof that Citizens United opened the floodgates to foreign money in the U.S., and it is surely the tip of the iceberg," Potter said. "The fact that the FEC, which so often deadlocks and therefore fails to act in violations, could agree on this one highlights the very real danger this sort of activity poses to our democracy."

The CLC filed a complaint with the FEC in August 2016 citing a report by the Intercept about the $1.3 million donated by APIC to Jeb Bush's super PAC.