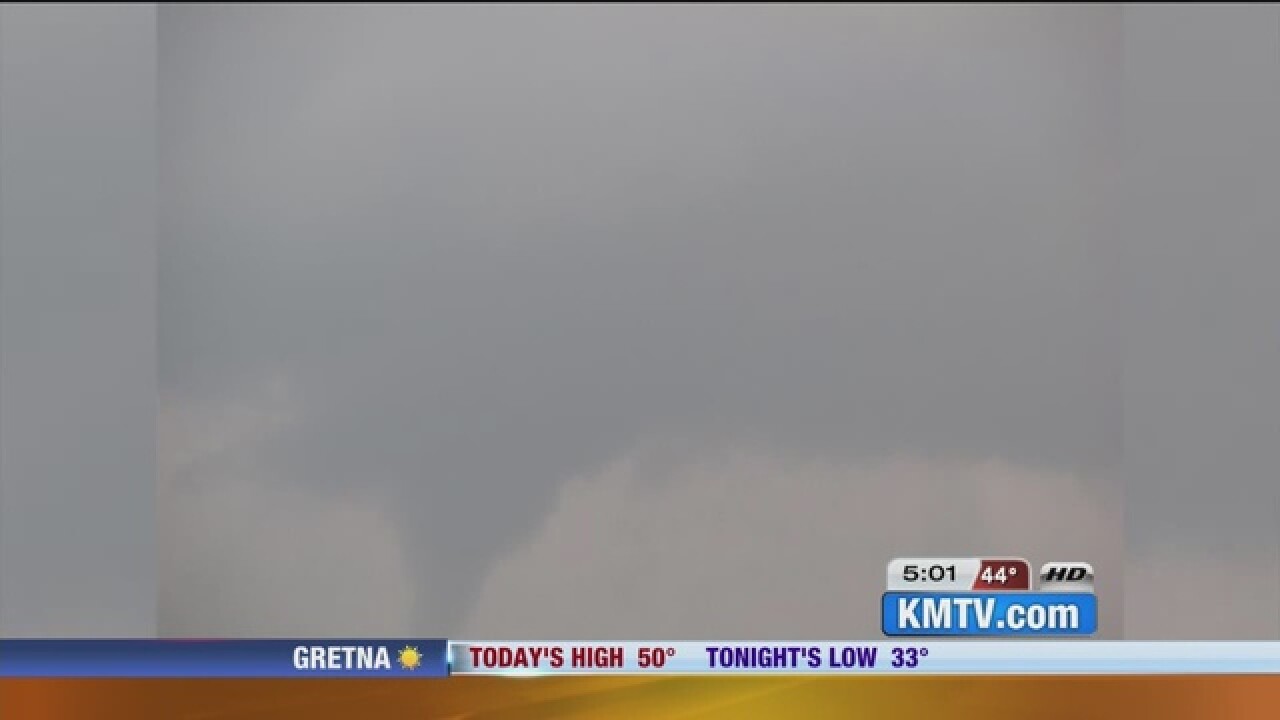 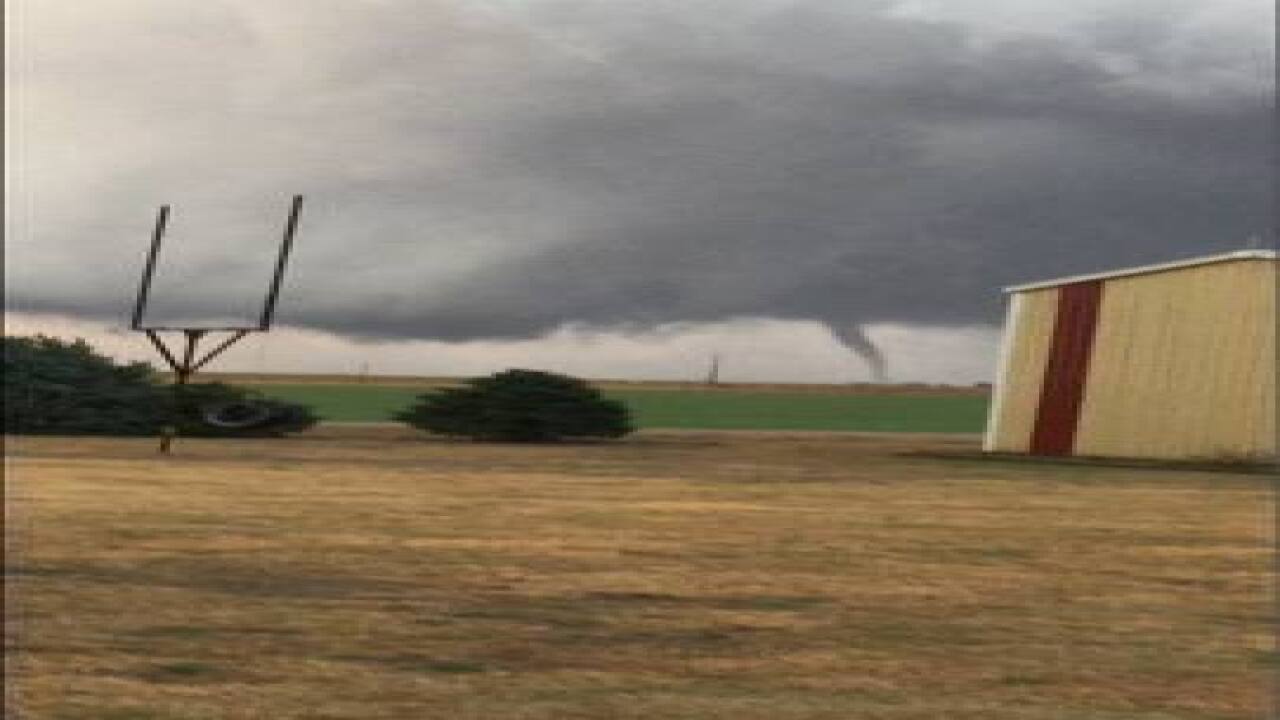 Talk about some wacky weather!
A tornado damaged farm buildings in southeast Nebraska near the Kansas border.

Tornado when it was over Webster County between 430 and 5 pm CST. Photo is courtesy Red Cloud and Guide Rock Fire Department. pic.twitter.com/W3TQaVcIiL

The National Weather Service says the tornado was reported around 4:30 p.m. Sunday near Red Cloud and Lawrence, which are south of Hastings near the Kansas border.
The storm knocked over a farm outbuilding and several center-pivot irrigation systems, but didn't damage the home.
The storm caused minor damage in the area and knocked down some power lines.
On Monday, NWS officials confirm the tornado was a EF1